10 reasons to be hopeful that we will overcome climate change

From action in China and the US to falling solar costs and rising electric car sales, there is cause to be hopeful...

Carbon dioxide concentrations in the atmosphere have been at record levels unseen in over 800,000 years

For the last few months, carbon dioxide concentrations in the atmosphere have been at record levels unseen in over 800,000 years. The chairman of the IPCC, an international panel of the world's top climate scientists, warned earlier this year that "nobody on this planet is going to be untouched by the impacts of climate change".

Future generations will no doubt wonder at our response, given the scale of the threat. It's known that death, poverty and suffering await millions, and yet governments still vacillate.

But solutions are available. Here are ten reasons to be hopeful that humans will rise to the challenge of climate change.

1) Barack Obama has made it one of his defining issues

Any politician who runs as the personification of hope is bound to be a bit of a let-down. And so it seemed for five long, hot years. Barack Obama inaugurated his first US presidential term by promising to "roll back the spectre of a warming planet". Yet he seemed unable (or willing) to even roll back the ghosts haunting his Congress.

Now, as he staggers into his legacy-building stage, Obama has confronted and even circumvented Congress.

His emissions caps on coal power stations, announced last month were the culmination of a massive public relations push and scientific blitzkrieg with Obama as its champion, potentially making the next presidential election a referendum on climate change action.

In the below Vine video, Obama is speaking at the 2014 State of the Union. Sitting behind him on the right is Republican congressional leader John Boehner, who said in May "that every proposal that has come out of this administration to deal with climate change involves hurting our economy and killing American jobs".

Just a day after the launch of Obama's big crackdown on coal, He Jiankun, a top Chinese government climate advisor told Reuters, "The government will use two ways to control CO2 emissions in the next five-year plan, by intensity and an absolute cap". This was the first time the promise of limiting absolute emissions had emerged from a source close to the Chinese leadership (even if He was later forced to disown the comments).

The response of world's largest emitter of carbon has the potential to be swift and decisive, given its centrally controlled economy. Responding to smog-tired residents in China's cities, the government has ordered amass shutdown of coal plants within a few years. Coal control measures now exist in 12 of the country's 34 provinces. Greenpeace have that if these measures are implemented, it could bring China's emissions close to the level the International Energy Agency says are needed to avoid more than 2C warming. 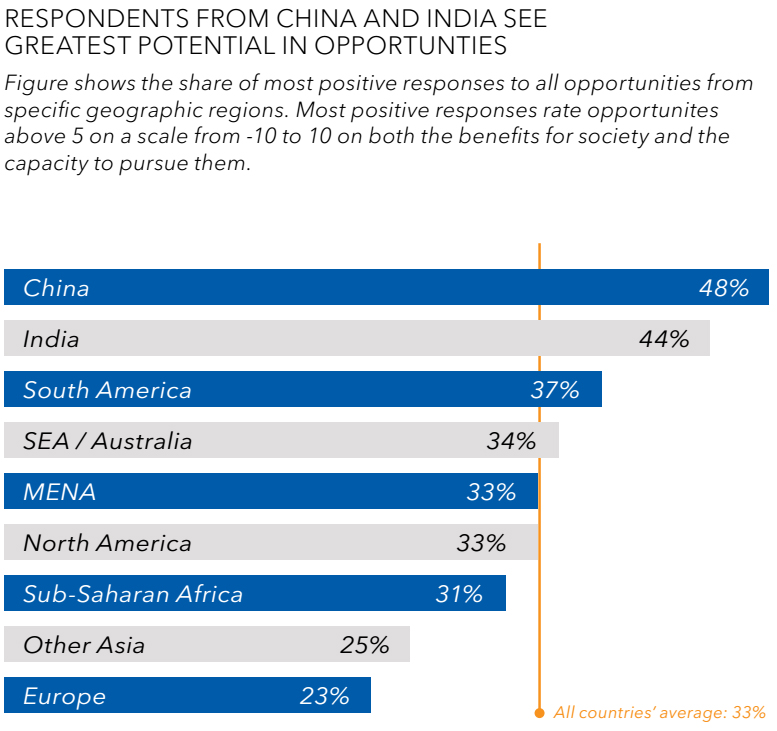 3) The cost of solar has fallen by two thirds

According to the authoritative IEA thinktank, the price of installing photovoltaic (solar electricity) systems dropped by two thirds over the past six years. The resulting solar explosion has generated a "prosumer" market, in which the owners of homes and businesses are taking ownership of a growing proportion of the energy supply. During June in Australia's "sunshine state" of Queensland the price of electricity fell below zero for several days, largely thanks to the input from privately-owned solar panels. The UK, Germany and other European nationssmashed their record solar outputs over this year's summer solstice.

4) People are taking their money out of fossil fuels

Dozens of cities, institutions and investors are taking their money out of fossil fuel companies after the launch of a divestment campaign in the US around 18 months ago. Similar campaigns were used in the past to hamstring apartheid South Africa and tobacco companies, but this one is happening faster than any of those. Supporters of the movement include former US vice president Al Gore, who says fossil fuel companies are overvalued because they cannot burn the assets they own if the world is to avoid dangerous climate change. "Investors have so far been slow to appreciate the implications for the carbon-intensive assets within their portfolios." 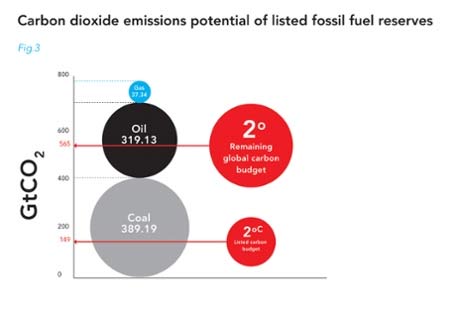 5) Bangladeshi women are being retrained as solar technicians

The UN says global warming will impact more women than men because they make up the majority of the world's poor. Close to two billion people rely on wood, charcoal and agricultural waste for cooking and heating. The primary gatherers of this toxic, labour- and carbon-intensive energy source are women. Thus, the education and social emancipation of women could be one of the greatest catalysts for grassroots climate action. Bangladeshi women who previously lived without electricity have been retraining as solar technicians to bring power to the country's 95 million people who live without electric light. The country now has the fastest growing solar sector in the world with 2 million households fitted with solar power units.

Falling technology prices, innovation and some decent government initiatives have seen renewables taking an increasing share of global electricity generation. After stalling through the early part of last decade, the increase is now inexorable. The sector, flushed with confidence, has begun to attract the kind of sustained investment growth of which most industries can only dream. In 2013 investors contributed US$268.2 billionto renewable projects - 5 times more than in 2004. The average growth of US$24 billion per year is in the same ball park as the riotous expansion of venture capital during the late 90s dot com bubble, except it has already lasted five time longer. Bloomberg New Energy Finance estimates that by 2030 spending on renewable energy sources could make up two thirds of a global energy spend of US$7.7 trillion.

In every part of the world (barring the Middle East) governments are taking advantage of the cheapest way to bring down their emissions - by saving energy. Energy efficient housing and appliances have seen global household emissions drop almost 1% per year, which doesn't sound like a lot, but a 1% drop over a year is equivalent to every resident of New York going completely off grid. In the EU, households reduced their consumption by 15.5% between 2000 and 2011. In the developing world, where urban populations are booming and millions of new homes will need to be built, the IPCC has said there is a "window of opportunity" to create sustainable housing for the future. Since 2009, the United Nations' Sushi programme has been training local builders and planners in Thailand, Brazil, India and Bangladesh to use low cost energy efficient building practices for social housing projects. 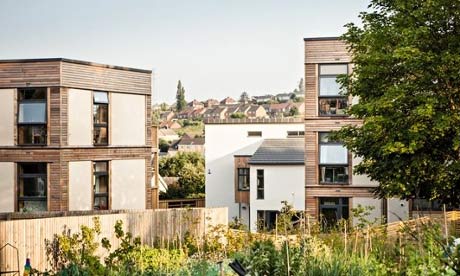 A recent WWF/Ceres report found that the 53 US Fortune 100 companies who report their emissions had cut their carbon footprint by 58 million megatonnes in 2012 - roughly equivalent to the total emissions of Peru. This was achieved mainly through energy efficiency measures, although switching to green energy sources was also a factor. These measures are turning out to be not just cost effective but actually a business imperative. Each megatonne reduction saved an average of US$19 - a total of US$1.1 billion across just 53 companies. In the UK, tyre manufacturer Michelin has dropped its £20 million energy bill by 20%in five years by employing energy managers. "[Climate] adaptation is just good business," say analysts from PricewaterhouseCoopers.

9) Oil is becoming much more expensive to find

Oil and gas companies are finding it increasingly expensive to find and extract their buried gravy. The Wall Street Journal reported in Januarythe total capital expenditure of fossil giants Chevron, Exxon Mobil and Royal Dutch Shell grew to £70 billion in 2013, yet all three have experienced huge declines in production relative to cost as their budgets are stretched by the need to open new wells in challenging environments. Off the coast of Brazil, huge oil fields lie more than 5km beneath the deep ocean floor. Despite the world's largest corporate spending programme (£138 bn), national driller Petrobras is being driven towards the wall by the crippling expense of drilling so deep.

One area where the shift from Promised Land to land of compromise has been exemplified is the Arctic. Oil companies see the region's melting sea ice as a fine opportunity to recover vast untapped reserves. But the costs of exploring the region have proved too great for Shell, who after spending £5bn, have shelved their exploration in the region. Many other companies, although notably not Russian behemoth Gazprom, have ruled out Arctic exploration in the foreseeable future. "I don't think we'll see any oil production in the Arctic any time soon. Probably not this decade and not the next," Lundin Petroleum chairman Ian Lundin said in February. "The commercial challenges are too big." 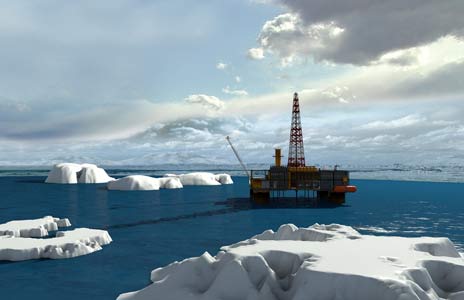 Drilling for oil in the Arctic has proved costly for Shell

Since 2011 electric car sales have doubled every year. Consumer acceptance of the technology is on an exponential growth curve that researchers say will see more than one million such vehicles driven across the world by the end of 2015. Five years ago, the technology was a quirky, futuristic gimmick lacking any serious impact on the global car market.

Questions were raised about its price competitiveness. But in Norway, one in every hundred cars is now electric. Beyond the oft-enlightened Norse, the technology has a growing foothold in the US (which is by far the largest single market with 174,000 cars), Japan (68,000) and China (45,000). 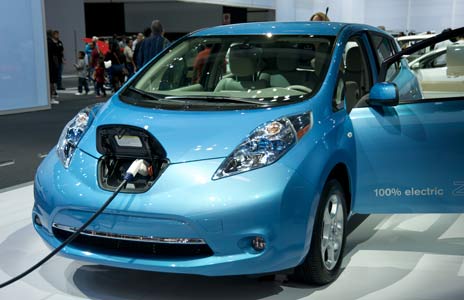 Electric car sales have doubled every year since 2011