7 sustainability collaborations you would never have imagined

Collaboration: a buzzword for sustainability professionals and an increasing focal point for businesses across sectors.

Collaboration was also a key theme of Sustainability Live 2015 earlier this year, with industry leaders speaking on the importance of working together. Together, businesses and NGOs can support each other through sustainability initiatives, and together reap the benefits of success.

However, while it is easy to talk-the-talk on collaboration, how easy is it for businesses to put aside differences, or to reach out across sectors, to achieve greater sustainability and new innovation?

In her blog for edie earlier this year, ICRS chair Claudine Blamey wrote that, in the search for sustainability, few companies will be able to secure their future alone. “Never has the sharing of ideas been more important,” she wrote.

Certainly, sharing ideas is central to collaboration, but some companies are starting to go above and beyond in their partnerships; creating value networks to drive a more circular economy.

Edie often reports on collaboration within the field of sustainability. And, following a flurry of recent collaborative announcements, we've rounded up some of the most innovative - and unexpected -collaborations we have seen to date... 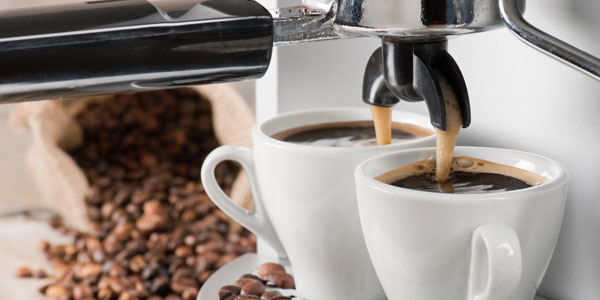 As announced on edie earlier this week, London’s six biggest stations will get a green boost following a joint initiative between Network rail and green energy company bio-bean.

Between them, the six stations generate almost 700 tonnes of coffee waste every year. But rather than send it to landfill where it would be wasted and release more than 5,000 tonnes of CO2 into the atmosphere, the used coffee will now be converted into biofuel for heating homes and offices.

Network Rail’s David Biggs praised the benefits of the scheme for the business and commuters. “The new solution is cheaper than sending the waste to landfill, which means we can invest more in making the railway better for the four million people who travel by rail each day," he said.

2) ArcelorMittal steels itself for future with bioful partnership 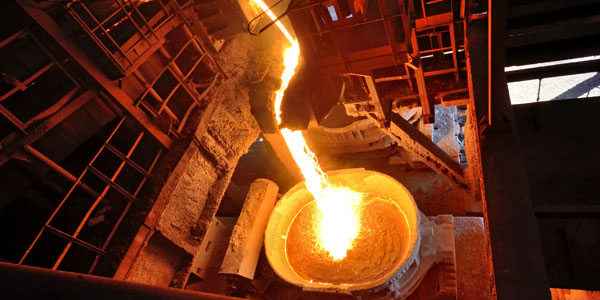 Another collaborative announcement this week came when the world’s largest steel producer, ArcelorMittal, revealed plans to build a massive €87m biofuel facility in Belgium in collaboration with carbon-recycling firm LanzaTech.

ArcelorMittal realised it needed to address its sustainability targets after its emissions rose by more than 10% between 2010 and 2013, but the steel giant is making moves to prepare for a low-carbon future.

“This partnership is an example of how we are looking at all potential opportunities to reduce CO2 emissions and support a transition to a lower carbon economy,” said ArcelorMittal vice-president of innovation Carl De Meré.

The New Zealand based LanzaTech will be working with the steel company to produce bioethanol capturing carbon monoxide and turning it into fuel using microbes. 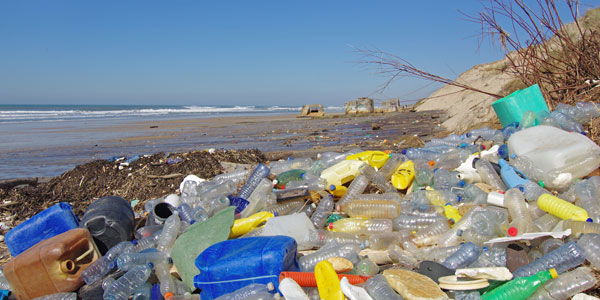 One of the biggest business commitments of recent times came just last week when London retailer Selfridges announced it would stop the sale of more than 400,000 plastic water bottles in its stores in a bid to crack down on waste.

The announcement came as part of a partnership with the Zoological Society of London, Project Ocean, to raise awareness about the problem of ocean plastics. The campaign hopes to make a physical difference in Selfridges’s stores by reducing plastic waste and to change the behaviour of consumers though the initiative.

“By transforming consumer behaviour and raising awareness of this issue, in collaboration with conservation organisations and business, we’re starting a sea change that can help prevent further damage to the marine environment," Koldeway said.

4) Interface allies with recycling firms to turn windscreens into carpets

Floor manufacturer Interface’s 10-year journey towards its Mission Zero goals of having zero negative environmental impact was never going to be easy. And it certainly wasn't going to be possible alone.

The firm has been working with waste and recycling partners such as Shark Solutions to find new raw, sustainable raw materials for its carpets. The new process makes use of recycled poly-vinyl butyral laminates found in windscreen glass as a latex substitute for its carpets.

5) Formula One technology cools off supermarkets 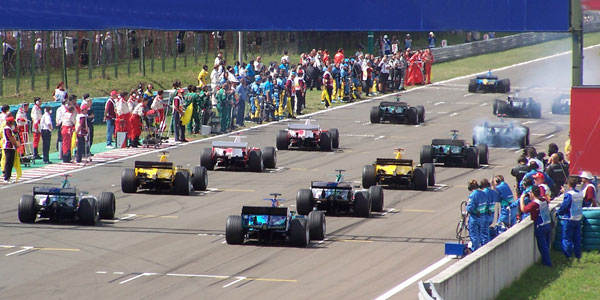 Formula One developers Williams Advanced Engineering are working with an energy start up to solve the growing problem of cold energy for supermarkets.

Supermarkets are thought to account for almost 10% of the UK’s total energy usage, so developing new technology to reduce the burden of cold energy is vital for reducing the UK’s energy use in the long term.

The partnership with Aerofoil Energy aims to develop new aerodynamic devices to reduce fridge energy consumption by more than 40%, with the partners having already worked together on producing new aerofoils for fridge flow technologies.

Sainsbury’s is already trailing the product as part of its aim to reduce operational emissions by 30% by 2020. 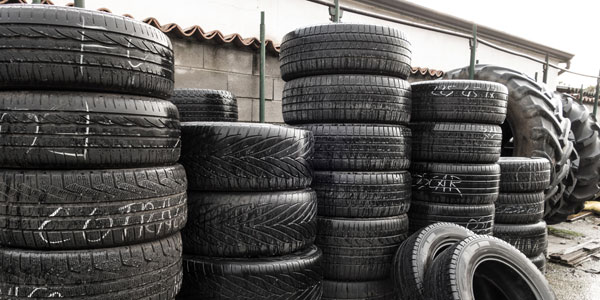 This is one of our favourites. Out-door clothing producer Timberland found a new source for the rubber in its shoes in recycled tyres from tyre manufacturer Omni United.

The tyre and footwear industries are two of the largest users of virgin rubber, but the new range of tyres produced by Omni United would ensure no rubber goes to waste by setting them aside for reuse by Timberland under the new brand Timberland Tires.

Timberland president said the two businesses seemed “unlikely partners”, but added: “Our shared values have given birth to tyres that express a lifestyle, deliver performance and safety, and prove that sustainability can be so much more than a theory.” 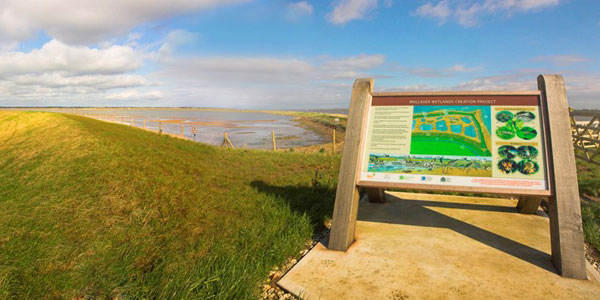 How can one of Britain’s largest construction projects contribute to a new wildlife reserve to enhance biodiversity?

This collaboration between the Crossrail project and wildlife conservation charity the Royal Society for the Protection of Birds (RSPB) has set out on a project to regenerate an area of intertidal saltmarsh on the Essex coast, creating a new habitat for wildlife and plants as well as providing natural sea and flood defences.

The Wallasea wetland restoration project has enabled Crossrail to recycle 98% of its excavated materials from the tunnel project, with some half going to the Wallasea project to raise the island and to create lagoons and new sea walls.

RSPB conservation director Martin Harper said all sectors should use their inventiveness to collaborate and benefit both wildlife and the economy. “At a time when nature is in crisis, we believe Wallasea sets a new benchmark showing what’s possible with smart regulation and intelligent partnerships between the private sector and charities," he said.