On the day that the UK's Net-Zero Strategy was published, the Treasury has warned that policies must be put in place to address a £37bn deficit that could arise from a loss of tax revenue as the shift away from fossil fuel continues. 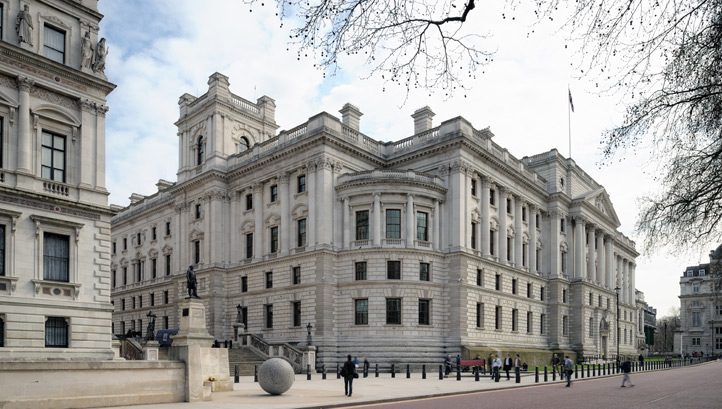 Around 1.7% of GDP derived from taxes on fossil fuels

The Treasury has published its long-awaited review into the fiscal opportunities and challenges of the net-zero transition.

HM Treasury agreed to conduct a review into net-zero and published Terms of Reference in November 2019. An interim report was published in December 2020.

The report found that global efforts to reach net-zero emissions are likely to deliver “slightly positive or slightly negative” levels of growth for the UK, depending on how policy is introduced to drive internal collaboration while positioning the UK as a global leader and exporter of low-carbon goods and services. However, the Treasury reiterates that net-zero is “essential” in delivering long-term prosperity and that the Prime Minister’s Ten Point Plan can form the basis of an enabling policy environment.

The Treasury has since updated its findings on the same day that the UK’s Net-Zero Strategy has been released. The Net-Zero Strategy claims that decarbonisation could leverage up to £90bn of private investment by 2030.

However, the Treasury’s review warns that the “eventual net impact of the transition on output is highly uncertain” with potential policy changes, uncertainty on market growth and a lack of data on projected cost declines for low-carbon solutions like greenhouse gas removals (GGRs) making an estimate “challenging”.

The Review does allude to a substantial loss in tax revenue from sectors set to dwindle as part of the net-zero transition, namely fossil fuels.

The Treasury notes that revenues from Fuel Duty and Vehicle Excise Duty (VED), amounted to £37bn in 2019-20 – equivalent to 1.7% of GDP. As fossil fuels are phased out in the UK, revenues from these mechanisms decline, with the Treasury noting that most tax receipts from these activities declining near to zero over the next 20 years, leaving receipts lower in the 2040s by up to 1.5% of GDP.

Additionally, the Treasury notes the introduction of carbon pricing mechanisms – most notably through the UK’s own Emissions Trading System – won’t be enough to offset these losses in tax revenue. The nation’s post-Brexit emissions trading scheme (ETS) opened for the first time in May, with prices topping £50 per tonne.

The Review states that an “economy-wide carbon price could generate additional revenues equivalent to around 0.5% of GDP initially” creating a temporary increase in total receipts of around 1.3%, still below the tax revenues from fossil fuels. The net fiscal pressures would sit at around 1.5%  by 2050, even with carbon pricing introduced.

“There will be demands on public spending, but the biggest impact comes from the erosion of tax revenues from fossil fuel-related activity. Any temporary revenues from expanded carbon pricing are unlikely to be sufficient to offset the structural decline in tax revenues, but will be important in supporting the transition and can help manage any demands for public spending to support the transition,” the report states.

“If there is to be additional public spending, the government may need to consider changes to existing taxes and new sources of revenue throughout the transition in order to deliver net-zero sustainably, and consistently with the government’s fiscal principles. Seeking to pass the costs onto future taxpayers through borrowing would deviate from the polluter pays principle, would not be consistent with intergenerational fairness nor fiscal sustainability, and could blunt incentives. This could also push up the economic cost of the transition.”

However, carbon pricing could prove valuable in offsetting the required investment from Government to meet its net-zero pledge. The Government has already earmarked £12bn through the Ten Point Plan, and the Treasury claims that these types of sums could attract private investment three times greater.

Indeed, the overarching theme of the Review is that the cost of inaction “significantly outweighs the costs of action”.

The Review states that the climate crisis could lead to “reduced productivity growth in the UK and significant damage to UK capital stock”. The IMF, for example, as projected that the UK’s GDP could shrink by 4% by 2100 due to reduced labour productivity and temperature increases in a 4C scenario. Elsewhere, the Climate Change Committee notes that the expected damage from flooding to UK non-residential buildings alone averages approximately £670m annually and could rise by 80% by 2080 in a 4C warming scenario.

BEIS estimates a net-positive impact of £0.5bn of economic benefits from biodiversity if the net-zero transition is delivered. Elsewhere, the Treasury notes that “improved air quality could deliver £35bn worth of economic benefits in the form of reduced damage costs to society, reflecting for example lower respiratory hospital admissions”.

The Treasury notes the importance of the Government embedding climate considerations into budgetary and fiscal planning. Promoting renewables, for example, can deliver GDP multipliers for investment that are up to 2.5 times higher than current fossil fuel investment levels.

It arrives just one day after the Treasury released details on a package of new sustainability-related disclosure requirements, designed to tackle greenwashing in the financial space and encourage corporates to front-load their transitions to net-zero.

The package, entitled ‘Greening Finance: A Roadmap to Sustainable Investing’, aims to make the UK a world leader in sustainability-related reporting standards.

One of the key measures included is a new mandate for all firms offering financial products – they will be required to publicly disclose the environmental impact of all activities it finances. They will also need to justify any sustainability claims made about the product and disclose how the product fits into broader investment strategies.

These measures are being introduced at a time when, according to a poll of investors with more than $25.9trn in assets under management, greenwashing is considered the biggest challenge to investing sustainably.