The world's largest social network has announced a new target to source half of its energy from renewable sources by 2018.

The announcement was made in Fort Worth, Texas, where Facebook also revealed plans to build a new data centre, 100% powered by renewables.

The energy will come from a new 200MW, 17,000 acre wind farm that Facebook is building in partnership with Citi Energy, Alterra Power Corporation, and Starwood Energy Group.

“It's a good reminder of the size of our ambitions — we are trying to connect the world,” said Jay Parikh, Facebook's vice-president of engineering. “Our data centers are important parts of the core infrastructure necessary to efficiently connect billions of people. We've already begun construction and are excited to get the facility online in late 2016.

Facebook founder Mark Zuckerberg said the project would be one of the most advanced and energy efficient data centers in the world. 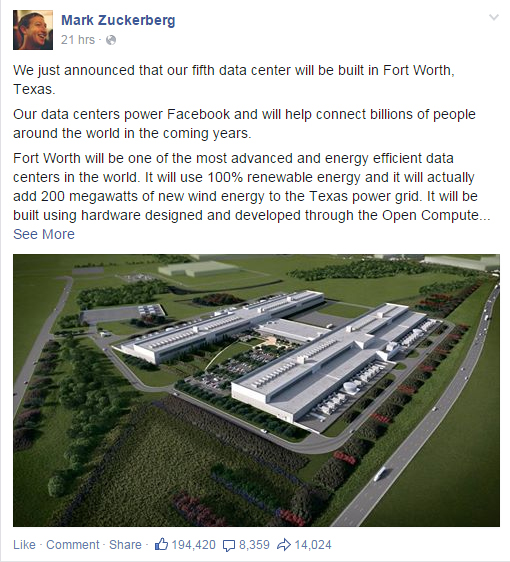