Every week, numerous eye-catching and potentially transformational innovations are being developed to help businesses and nations turn energy and sustainability ambitions into actions Here, we round-up six of the best from the past seven days.

This week's innovations could spur positive changes within the transport, plastics and renewable energy sectors

With winter temperatures in the UK having surpassed 20 degrees for the first time since records began this week, the climate crisis has once again become a physical reality for the general public, following on from last year's summer heatwaves and associated wildfires.

Indeed, scientist now claim that the planet is facing not one, but multiple environmental crises, as global emissions rise, biodiversity falls and plastic seeps into oceans and waterways.

The good news is that businesses, governments and innovators alike are continually developing new solutions for these ever-more pressing challenges – as evidenced below... 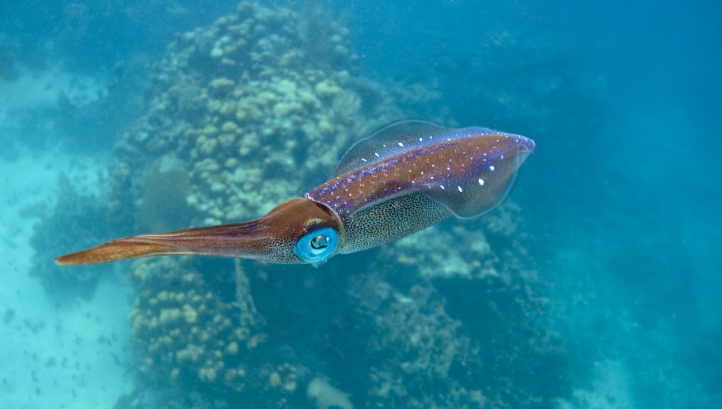 As the war on plastics continues to gather pace, corporates including Reebok and Lego have moved to incorporate bioplastics into their products in a shift away from fossil fuel-based materials. But with critics questioning the ethics of using agricultural land to farm for plastics rather than food, researchers at Pennsylvania State University have begun growing squid protein in labs, positing the material as a viable plastic alternative.

Proteins found in the teeth of squid rings carry similar properties to those of silk, making them strong, flexible and water-resistant. The research team has developed a method of fermenting these proteins under laboratory conditions using sugar, water and oxygen, meaning no squid are killed or harmed in the process. The artificially-made proteins have this week been turned into prototype fibres, coatings and 3D-printed objects for the first time, according to CNN.

The proteins currently cost $100 per kilogram to manufacture, but the research team is hoping to scale up production to bring the price down. Were the material made commercially-available, it could have applications across a range of sectors, including fashion, packaging and healthcare. 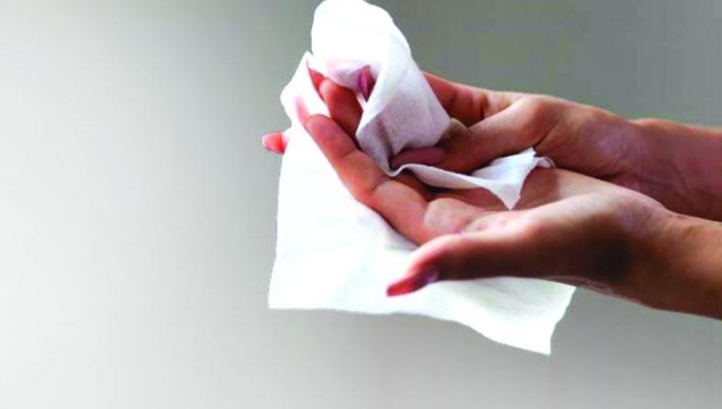 As the war on plastic waste continues to spur businesses to reduce their reliance on single-use plastic items, the use of products like plastic straws, cutlery and carrier bags is beginning to decrease. But a less obvious source of plastic pollution is wet wipes, which are typically made from plastic-based synthetic fibres. Fourteen thousand of them are used globally every minute and they are often flushed down toilets, contributing to so-called fatbergs and marine pollution.

To tackle the issue, health and beauty brand Natracare has developed what it claims are Europe’s first 'fully flushable' wipes. The wipes are made from 100% bio-based and compostable materials, meaning they will break down within a few weeks of flushing, according to Natracare.

The product has received support from the likes of Anglian Water and the Water Research Centre, after meeting industry body Water UK’s standards for ‘flushability’. It will go on sale in Waitrose & Partners’ UK stores and via Ocado’s e-commerce website in March, retailing for £1.99 per 30-wipe packet. 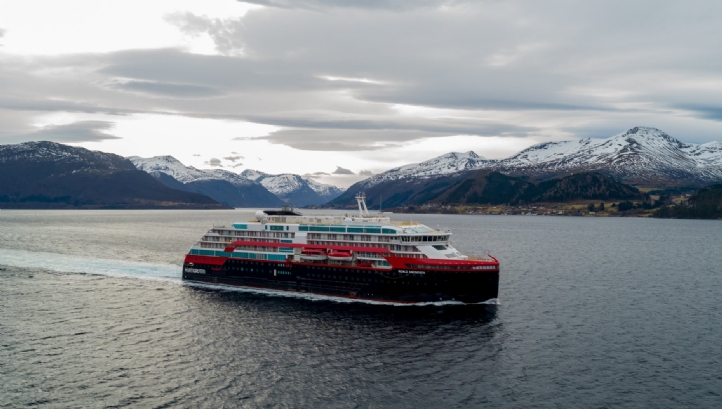 The world's leading ocean transport and shipping companies are continually innovating to drive decarbonisation and fuel efficiency, after the International Maritime Organisation (IMO) set a 2050 target of halving CO2 emissions from 2008 levels.

One of the latest developments in this space comes from Norwegian cruise operator Hurtigruten, which this week confirmed that it has successfully trilled its first hybrid-electric cruise vessel. Called the MS Roald Amundsen, the ship features several large-scale battery packs and a charging point which enables it to be re-charged portside. It has been designed to accommodate 530 guests and was tested in the Norwegian fjords earlier this year.

The ship is due to embark on its maiden season this spring, once it has undergone final tests and fittings in Norway. It will travel from Norway to Greenland, before traversing the Northwest Passage and heading south to Antarctica. 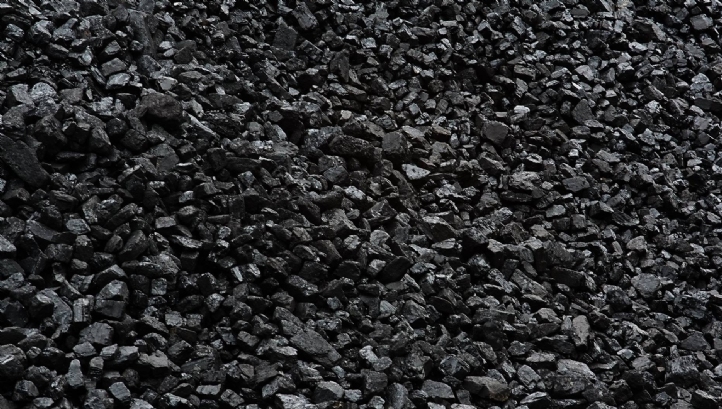 However, because most existing carbon capture techniques convert gaseous CO2 into a liquid format, concerns have been raised about potential leaks. Moreover, the technology remains expensive.

With this in mind, a research team led by the RMIT University in Melbourne have this week unveiled a process which could convert gaseous CO2 back into a solid “coal-like” format for storage. To convert CO2, the researchers designed a liquid metal catalyst which chemically activates the surface of the airborne carbon molecules when they are brought into contact with electrolytes. If an electric current is passed through the mixture of the catalyst, electrolytes and CO2, the CO2 slowly turns into solid flakes, which remain naturally detached from the surface of the liquid.

While the project is still in the prototype phase, the team behind the process claims that the technology offers a “scalable” pathway for “safely and permanently” removing CO2 from the atmosphere. 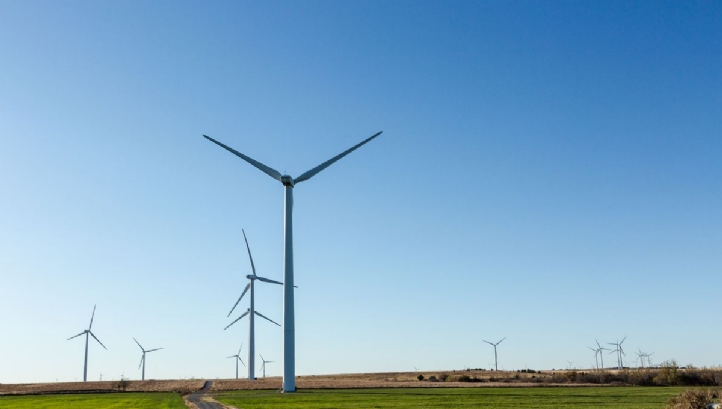 After using artificial intelligence (AI) to slash its data centre energy use during recent years, Google this week revealed that its move to apply the technology to 700MW of its US-based wind facilities has been a success.

The system consists of neural networks – computer systems modelled on the human brain – and tells users how to make optimal hourly delivery commitments, ensuring both grid stability and that the company receives the highest possible price for its clean power.

To date, Google has only applied the DeepMind technology to its renewables projects in the central US region, but the tech firm has expressed a desire to roll the programme out further in the coming months and years. You can find out more about the project here. 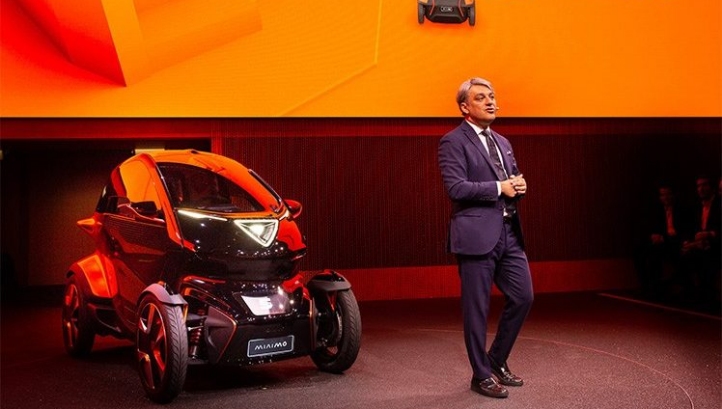 Developed in partnership with IT giant IBM, the app, called ‘Mobility Advisor’, is capable of learning which kinds of transport its users take most frequently, how long their journeys are and how much carbon their transport habits generate. Taking these factors into account – as well as weather conditions, traffic reports, local news and the user’s daily schedule – the app to suggest the most convenient and sustainable mode of transportation at any given time.

Modes of transport listed on the app include walking, cycling, taking public transport, using a shared car or renting one of SEAT’s e-scooters (pictured above). The technology is currently in the final phases of development and has been designed to be compatible with both Apple and Android operating systems. It is capable of using both 4G and 5G.