BP, Eni, Equinor, Shell and Total have all signed up to spearhead the development of the Net-Zero Teesside project that aims to develop the UK's first decarbonised industrial cluster through the use of carbon capture, utilisation and storage technology (CCUS). 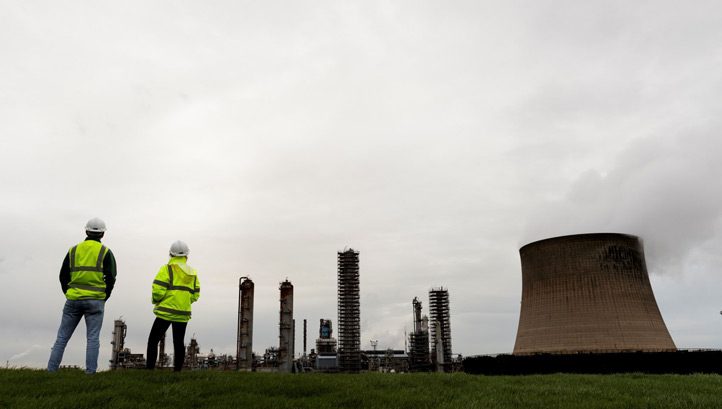 The project could become operational during the mid-2020s

Net-Zero Teesside aims to fully decarbonise a cluster of carbon-intensive businesses by as early as 2030, in order to assist the UK’s wider and legally binding net-zero target set for 2050.

The OGCI members will accelerate the development of a transportation and storage system that will capture industrial emissions in the area, compress it and store it in a reservoir under the North Sea. A combined cycle gas turbine (CCGT) facility will also be fitted with carbon capture technology on the site, alongside renewable energy sources. The OGCI accounts for more than 30% of global operated oil and gas production.

The project could become operational during the mid-2020s and Net-Zero Teesside will sign memorandums of understanding (MoUs) with existing industrial partners that will continue to build the technical expertise to rollout industrial-scale CCUS technology.

“This transfer of ownership to the OGCI consortium is proof of how OGCI’s initiative is successfully supporting emerging hubs.”

Research suggests that Net-Zero Teesside will deliver £450m in annual benefits to the area and support up to 5,500 direct jobs.

The Government is aiming to establish the “world’s first net-zero carbon industrial cluster by 2040 and at least one low-carbon cluster by 2030”, as part of the Industrial Clusters Mission. It opened two innovation funds in October aimed at helping businesses located in key industrial clusters to plan and deploy technology to help reach net-zero emissions by 2050. Up to £140m could then be accessed by successful applicants.

The Deployment and Roadmaps funds are being opened as part of the wider Industrial Decarbonisation challenge that commits £170m towards technologies such as carbon capture and hydrogen networks. These technologies will help decarbonise the Teesside industrial cluster, as well as other industrial clusters located in Grangemouth, Merseyside, Humberside, South Wales and Southampton.

Drax, Equinor and National Grid have already published roadmaps fleshing out their plans to create the world’s first zero-carbon industrial hub in the Humber region by 2040.

When mapping out the UK’s national net-zero target, the Government’s advisors on the matter, the Committee on Climate Change, concluded that current technological solutions and stronger policy frameworks could enable the UK to reduce emissions by around 97% against a 1990 baseline. The remaining 3% could be achieved by the scale-up of carbon capture and storage (CCS) solutions and hydrogen energy technology – both listed as a “necessity not an option” by the CCC.

However, the Government has been urged to update its “vague terminology” on CCUS deployment by MPs to create clear policy drivers that transform the technology into a primary tool to meet national and international climate change targets.