Oxford City Council has this week launched its long-awaited Zero Emission Zone (ZEZ) on a pilot basis, as part of its plans to roll out charges across the city centre next year. 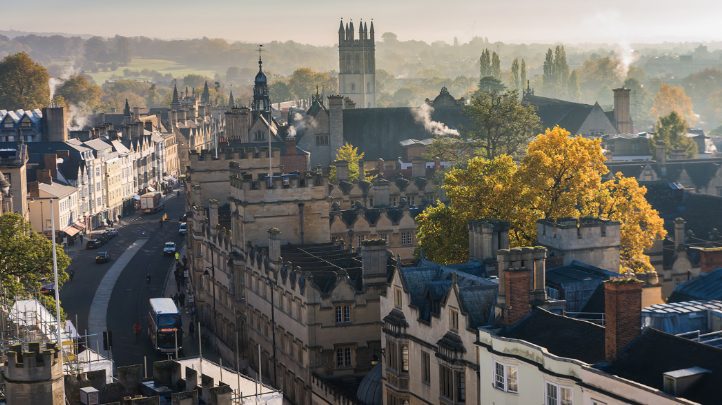 17% of Oxford's emissions come from transport

The ZEZ came into effect on Monday (28 February) and is covering a small area in Oxford’s city centre. The original start date was in 2020, but the launch was delayed due to Covid-19.

Now, motorists entering or driving within the ZEZ between 7am and 7pm, and not using a zero-emission vehicle, will be subjected to a charge of between £2 and £10 depending on the vehicle type. Charges can be paid up to six days before the journey or up to six days after, Funding raised from charges and fines will be used to cover the scheme’s running costs.

Exemptions have been put in place for certain groups, including residents with disabilities, and the council is assuring small businesses and residents located within the ZEZ that they will be eligible for discounted rates.

Learnings from the pilot ZEZ will be taken on board by the council ahead of its planned expansion in 2023. At that point, the council is planning to grow the zone to encompass the entirety of Oxford’s city centre.

The expansion forms part of the local authority’s commitment to ensuring that levels of NO2 – a common air pollutant primarily caused by road transport – are no higher than 30 micrograms per cubic metre of air (30 µg/m3) by the end of 2025. The ZEZ also feeds into the council’s net-zero plan, which has a 2040 deadline. Transport notably accounts for 17% of Oxford’s total annual emissions footprint.

“The start of the ZEZ pilot is a landmark event for the city of Oxford and our journey to tackle toxic air pollution and reduce our carbon emissions,” said Oxford City Council’s deputy leader and cabinet member for green transport and zero-carbon Oxford, Cllr Tom Hayes.

“For five years the City Council and I have been engaging with businesses and citizens to develop the ZEZ, and I want to thank everyone for sharing their passion for cleaner air and knowledge about how to pragmatically achieve it.”

The news from Oxford comes shortly after local authorities in Greater Manchester were granted permission from the UK Government to delay the launch of the local Clean Air Zone (CAZ), after businesses said they would need more time to prepare due to the impacts of Covid-19. Manchester’s CAZ was due to come into effect from May 2022, in phases. The first phase will now begin later this year.

Meanwhile, in London, Mayor Sadiq Khan announced that he is considering an expansion of London’s Ultra-Low Emissions Zone (ULEZ) to cover all of Greater London by 2024. That announcement was made after the London Assembly was presented with roadmaps for delivering on the capital’s 2030 net-zero target, which covers to all operational emissions including those generated by Transport for London (TfL).

Imperial College London’s Environmental Research Group has this week published new research, commissioned by the Clean Air Fund, concluding that it is possible to bring the majority of the UK within the World Health Organisation’s (WHO) air quality limits by the end of the decade.

Achieving this reduction in fine particulate matter, the report states, will require updated legal commitments from the Government, and concerted work with the public and private sectors to reduce pollution from sources including road transport.

“We understand the sources of air pollution that must be targeted, and we have the technologies to reduce emissions to low levels or to eliminate them completely,” said Imperial Environmental Research Group member professor Frank Kelly. “ By grasping this knowledge and capability now, the UK Government can improve our air quality and the health of people of all ages and at the same time, contribute to climate neutrality.”