EXCLUSIVE: One month on from the release of the major IPCC Working Group III report, the Group’s co-chair professor Jim Skea has told edie that achieving net-zero emissions by mid-century is still “absolutely doable”, but only if corporate strategies and investments are fully climate-compatible. 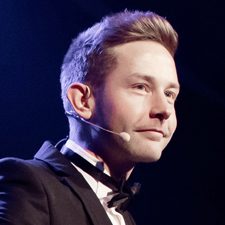 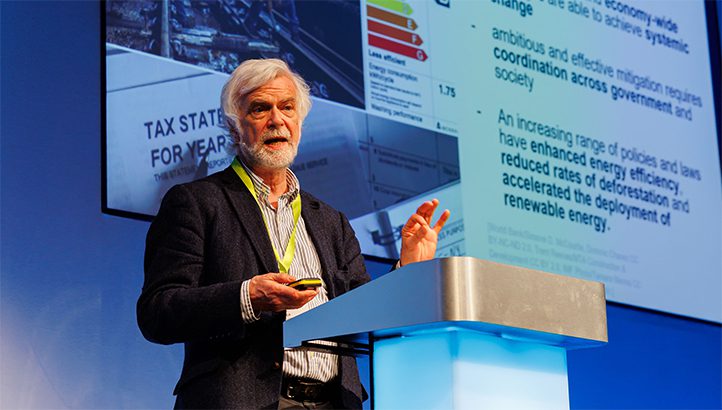 Professor Skea said the latest IPCC report went through the “toughest approval session that anybody can remember”. Photo courtesy of Alistair Veryard

Skea, who led the launch of the solutions-focused report last month, said companies must look to mainstream climate action and be transparent in what they do, if we are to limit the global temperature increase to 1.5C or even 2C.

Speaking to edie during Forum for Global Challenges event in Birmingham last week (3-5 May), Skea said: “It’s not the IPCC’s job to make recommendations, but as a general point I think transparency is absolutely vital. It’s a question of mainstreaming climate. We will not reach [net-zero] targets by simply putting a climate policy or a regulation or a particular measure on ways of doing things.

“What businesses need to be doing is putting all of their investments and plans through the wringer, to check how climate compatible they actually are. There’s a big risk of locking in high-carbon activities by indivertibly investing in the wrong kind of things… stranded assets can become a really big issue, so you must screen everything for climate compatibility across the board, and mainstream it.”

The IPCC’s highly anticipated ‘Mitigation of Climate Change’ report – which was subject to some delays on the day of its release – underlines that, unless net global emissions peak by 2025, the chances of limiting the global temperature increase to 1.5–2C will reduce significantly.

At a government level, Skea welcomed the enhanced focus on net-zero targets seen in recent years, but reiterated that many national decarbonisation commitments remain off the mark in order to achieve the climate ambitions set out under the Paris Agreement.

“I tend to think that Governments like the concept of net-zero because it’s very instantly graspable and people have really caught onto it,” he said. “But there’s the question of how you actually get to net-zero, and it’s very clearly the case that the kind of pledges that governments have made up to 2030 do not yet take us in the right direction – they’re not enough to get us onto 1.5C or 2C trajectories.

“So, net-zero is doable, absolutely, and our report shows there are options available and policies available to turn these options into something real on the ground, it’s really a question of political will.”

Skea, who is a Professor of Sustainable Energy at Imperial College London, said that the release of the Working Group III report marked “the toughest approval session for an IPCC report that anybody can actually remember”. One of the sticking points, Skea said, was “whether there is a meaningful distinction between developed and developing countries anymore”, but other than that “it was just a case of griding our way through it”.

Coming in at almost 3,000 pages, the IPCC’s latest report was the culmination of five years’ work by 278 authors from 65 countries. The report details a string of solutions that must be rapidly scaled up in order to achieve the level of emissions reductions required – from increased investment in clean energy to nature restoration and carbon capture technologies.

Skea said that the Working Group was keen to avoid painting a picture of “doom and gloom” and for the document to instead emphasise the positive role that everyone can play in accelerating climate action.

“When some of the IPCC reports come out, they are really gloomy and potentially despair-inducing, which is not the best way of encouraging action,” he said. “With this report, we were determined to give a sense that human beings have agency over the climate issue and they can actually make a difference.”

Skea spoke to edie prior to giving a keynote talk titled ‘Actioning the IPCC Report’ at the Forum for Global Challenges event in Birmingham last Tuesday (3 May). edie also spoke with Oxford economist Kate Raworth, who warned that the recent surge in net-zero targets could create a disconnect between businesses and the living world, and the focus should instead be on setting net-positive strategies to build a restorative, regenerative economy. Read that interview in full, here.