Plans are in the pipeline to increase the UK's current offshore wind generation capacity more than eight times over, new data from trade body RenewableUK has revealed. 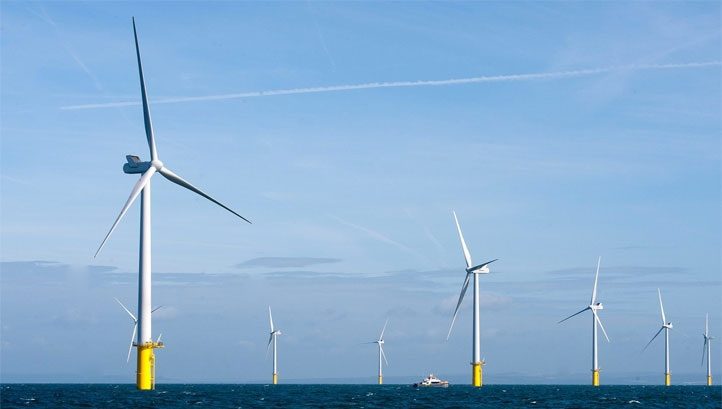 Published on Tuesday (22 March), RenewableUK’s latest EnergyPulse report tracks the total offshore wind pipeline on a global basis, and for the UK.

The UK figures reveal that there are now projects totalling more than 75.5GW of capacity in the pipeline – a figure that dwarfs the 10.46GW of capacity that is already fully commissioned and the additional 3.2GW in partial operation. The total pipeline is now more than 86GW – around 33GW higher than it was 12 months ago.

This makes the UK a major frontrunner in the global offshore wind race. RenewableUK has tracked a pipeline of 517GW globally, to which the UK is the largest contributor. In second place is China, with a pipeline of 75GE, and in third place is the US, with 48GW.

As well as fully and partly commissioned projects, RenewableUK includes inactive projects and those in planning; in development; pre-construction and under construction in its calculations, as well as projects which have secured support in principle, are eligible for the Contracts for Difference (CfD) process and/or are undergoing the lease process.

RenewableUK has pointed to a number of reasons for this “phenomenal” rate of growth, including the improvement of turbine technology. It has calculated that the average single turbine’s capacity will rise from 8-9MW in 2021 to 14-15MW in 2025.

There are also several policy changes that have given the sector a boost, beyond Prime Minister Boris Johnson’s 2030 goal for the UK to host at least 40GW of offshore wind by 2030.

As RenewableUK’s chief executive Dan McGrail noted, there have been “landmark leasing announcements” over the past year, including January’s ScotWind Auction. At that Auction, Crown Estate Scotland announced successful bids for projects totalling 24.8GW.

Moreover, the Government has changed the CfD framework to ring-fence funding for floating offshore wind. Another boost is likely in the future, given that CfD rounds will now be held annually rather than once every two years.

“It’s clear that offshore wind will be doing the heavy lifting as we secure our clean home-grown energy supplies and move faster towards independence from unstable fossil fuel imports,” said McGrail.

“As the UK was an early mover in offshore wind, we’re in a prime position to capitalise on our expertise as a market leader which is highly sought after worldwide.”

The latest on the energy independence strategy

The UK Government is expected to publish a new strategy regarding energy security in the coming days; soaring wholesale energy prices which have been pushed even higher by Russia’s war in Ukraine have prompted the need for new interventions.

The strategy was originally due by 13 March but has faced numerous delays. Tabloids are reporting that Johnson and the Treasury have disagreed about the extent of the role that nuclear power should play. There have also been reports that Johnson has met fierce opposition for his support for keeping fracking wells open, and that, now, there are rows within the Cabinet about whether to relax planning rules for onshore wind farms.

The installation of new onshore wind turbines was effectively banned by the Conservative government between 2015 and 2020.