ScottishPower has announced a partnership with carbon reduction and removal firm Storegga to build green hydrogen plans north of Inverness in Scotland, in a move that will enable major businesses such as Diageo, Glenmorangie to tap into clean hydrogen power. 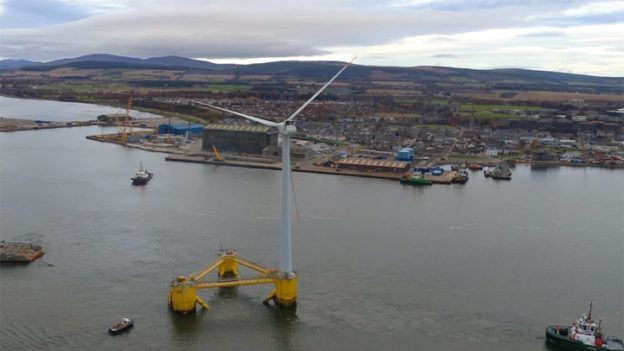 Scottish Power unveiled plans last year to create a green hydrogen hub in Scotland at the Port of Cromarty Firth.

The Scottish Hydrogen and Fuel Cell Association (SHFCA) revealed that several member firms have begun a feasibility study for the proposed project. The plans outline how up to 15 new offshore wind sites will be developed in the region in the coming years, making the Firth an ideal location for a substation feeding into an onshore electrolyser. The electrolyser would be co-located with tank storage.

The company has this week announced a partnership with Storegga to begin developing green hydrogen production plants at the site.

The first project will be Cromarty Hydrogen Project. The project will deliver up to 20 tonnes of green hydrogen per day from 2024 and has, subject to customer demand, the potential to scale to 300MW. Green hydrogen will replace fossil fuel sources and be used for heating processes of distilleries from brands like Diageo, Glenmorangie, and Whyte & Mackay – all of which have operations in the Cromarty region.

It has been proposed that the distilleries would be among the first organisations to receive green hydrogen supply from the hub, given the sector’s plans to reach net-zero and the Government’s support for hydrogen uptake in this space.

The green hydrogen could also support local manufacturing, food production and other industrial heating applications, according to ScottishPower.

ScottishPower’s hydrogen director Barry Carruthers said: “This is a really exciting milestone in our ambitions to support the growth of green hydrogen production across the country and the decarbonisation of heavy industry. We can now get to work on turning plans on paper into tangible and deliverable projects that will transform industry in the Highlands – making a long and lasting difference for people, businesses and communities.

“We’re excited to be working with Storegga to help create a clean energy future for this stunning and vital economic region of Scotland.”

Scotland is notably targeting net-zero by 2045 – five years earlier than the UK as a whole.

In a policy statement released at the time, Scottish Energy Minister Paul Wheelhouse said that “no one fuel or technology is by itself the solution to climate change” but that hydrogen could be an “important part” of the nation’s net-zero energy mix.

Registration is now open for edie’s 45-minute masterclass webinar exploring how hydrogen can contribute to the delivery of business plans for reducing emissions, taking place on Thursday 12 May.

This 45-minute masterclass will take place from 1pm – 1.45pm BST on Thursday 12 May and is being hosted by edie in association with Centrica Business Solutions. It will explore the role that hydrogen generation, storage and use can play in delivering business decarbonisation strategies.

Register for the masterclass here.