After a string of delays and mounting questions about how the UK Government plans to address the impending nuclear gap, it has confirmed that £100m of funding from Westminster coffers will be put towards Sizewell C. 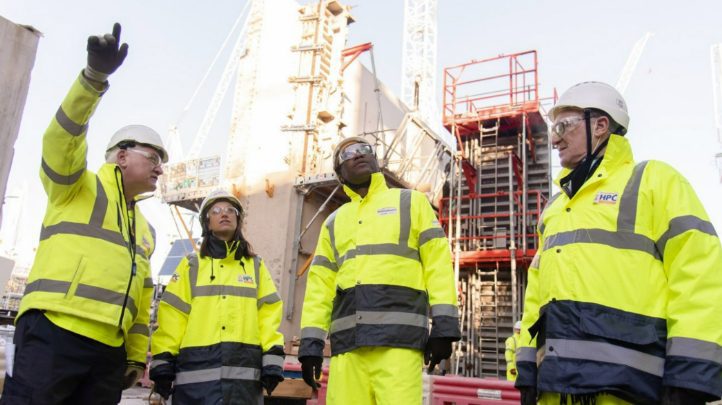 The Department for Business, Energy and Industrial Strategy (BEIS) confirmed the funding today (27 January), stating that this level of government support will “ready the project for future investment” from the private sector. The decision comes after months of negotiations between BEIS and Sizewell C’s developer EDF.

BEIS said in a statement: “The £100m option fee will be invested by EDF into the project to help bring it to maturity, attract investors, and advance to the next phase in negotiations.

“In return, the Government will take certain rights over the land of the Sizewell C site and EDF’s shares in the Sizewell C company, providing opportunities to continue to develop nuclear or alternative low-carbon energy infrastructure on the site should the project not ultimately be successful.”

Should the project be successful in reaching a final investment decision, EDF has agreed to reimburse the £100m in the form of either case or an equity stake in the project.

EDF first put forward plans to construct two nuclear reactors at the Sizewell power station site in Suffolk in 2012. A development consent order application was then submitted in 2020, and EDF subsequently applied for planning permission. Planning permission was not granted, with Suffolk County Council asking for more information on how EDF will support the local community and minimise environmental disruption, so an updated planning application is expected in the coming months.

The proposed power plant would have a capacity of 3.2GW and serve around six million homes in the UK. EDF has stated that the project would support up to 10,000 jobs and that the first generator could come online in 2024 if the planning and investment processes run smoothly.

BEIS, meanwhile, has used the announcement as evidence of its plans to address the ongoing energy price crisis and to deliver a fully “clean” electricity system by 2035.

“New nuclear is not only an important part of our plans to ensure greater energy independence, but to create high-quality jobs and drive economic growth.”

The Conservative Party has committed to bringing at least one large-scale nuclear project to a final investment decision in this Parliament, but emphasised that it is not exclusively committed to Sizewell C because of the funding announced today. The only other large project still actively in the pipeline is the proposed 2.9GW array at Wylfa Newydd, also known as Wylfa B.

The commitment from the Party was made in consideration of the UK’s 2050 net-zero target and the nation’s impending nuclear gap. Almost half of the UK’s existing nuclear capacity is set to be retired by 2025. Hinkley Point B, Heysham I and Hartlepool nuclear power stations are all scheduled to retire by the end of 2024, representing more than 4GW of nominal generating capacity. 1GW Hunterston B came offline earlier this year. Another two large facilities are planning to come offline by 2030.

To help deliver the commitment, the Government is progressing the Nuclear Energy (Financing) Bill, which will change the funding model for new nuclear projects from the current Contracts for Difference (CfD) approach to a Regulated Asset Bade (RAB) funding model. Kwarteng is a staunch backer of the Bill, which is awaiting its second reading in the House of Lords.

Additionally, the Treasury announced at last year’s Spending Review that up to £1.7bn of new direct funding will be made available to take a large-scale nuclear project to the point of the final investment decision.

As well as supporting large-scale nuclear, the Government is supporting small modular reactors. It announced £210m of funding for Rolls-Royce’s work in this field in November 2021, stating that this support would also leverage £250m of private sector investment.

Responding to BEIS’s announcement on Sizewell C, GMB Union’s national officer Charlotte Childs said: “This is much needed and welcome news and a massive huge stride towards a low-carbon UK.

“We face an unprecedented energy crisis and we need nuclear projects like Sizewell C to protect consumers, workers and our planet. GMB has worked closely with EDF throughout the development of Sizewell C and look forward to the more detail discussions needed to shape industrial relations in the future.”

The Nuclear Industry Association’s (NIA) chief executive Tom Greatrex added: “This is another big step forward for Sizewell C and a big vote of confidence in nuclear. It sends a clear signal from the government to investors that it sees projects like Sizewell C as essential to our clean energy transition.

“Investment in new nuclear capacity is essential to us hitting net-zero to ensure a solid foundation of reliable low-carbon power which will strengthen our energy security. This is not only an investment in the UK’s green energy future but also in jobs and skills right across the country.”

Not all reaction has been positive, however, with some green, industry and community groups arguing that renewables with energy storage would be a better bet than new nuclear.

Greenpeace UK’s policy director Doug Parr said: “This cash injection is a tacit admission by the government that nuclear is not commercially viable, but they are so fixated on getting 20th-century nuclear technology delivered they’ll just keep throwing taxpayers’ money at it.

“The economics of this project are all over the place, with UK taxpayers left to pick up the tab. Instead of pursuing outdated, costly technologies, it’s time the government got a grip on the clean technology race going on globally and went for 100% renewables power as fast as possible.”