Broadcaster Sky is now powered by 100% renewable electricity across its entire operations, meeting a commitment to the RE100 initiative and building towards its net-zero target for 2030. 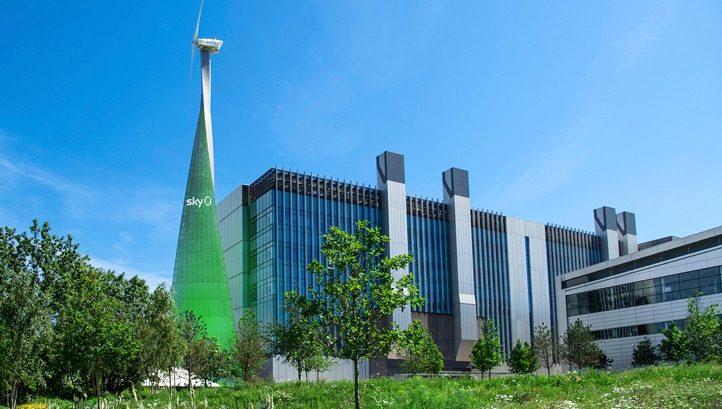 The integration of renewables has contributed to a 22.7% reduction in Scope 1 & 2 emissions against a 2018 baseline

Sky has met a RE100 commitment to source 100% renewable electricity by 2020. Renewables now power its entire business, including offices, retail stores and journalism hubs across the world.

The target has been met through the installation of onsite technology and purchasing certified renewable electricity tariffs. In regions where Sky cannot control the tariff, Energy Attribute Certificates have been used.

The integration of renewables has contributed to a 22.7% reduction in Scope 1 & 2 emissions against a 2018 baseline. Sky is building towards a target of generation at least 20% of its own renewable electricity on new buildings and large refurbishments.

The RE100’s head Sam Kimmins said: “Congratulations to Sky on achieving their RE100 goal of 100% renewable electricity. As one of the pioneering early members of RE100, it’s great to see Sky realising its bold ambition. We are looking forward to continuing to accelerate change towards zero-carbon grids together with Sky and their growing group of RE100 peers.”

Accompanying the renewables announcement, Sky has also published the reporting methodology for its Scope 3 emissions, which are responsible for 98% of its total value chain emissions.

Scope 3 calculations are usually based on estimates. Sky is now working with suppliers to replace estimates with primary data with the goal of using more accurate tracking and reporting to accelerate progress to net-zero.

Fiona Ball, Sky Group Director Bigger Picture, said: “Transparently sharing data on our net-zero transition is central to Sky’s approach. We know that business can accelerate the journey to a zero-carbon future by sharing knowledge, learnings and data as freely and widely as possible. We have published our Scope 3 reporting methodology to enable others to go on the journey with us, because net-zero won’t be achieved by individuals but through collective action.”

In February last year, Sky committed to reaching net-zero carbon emissions by 2030 through strategies to make its products more energy efficient, its film and TV more sustainable and by engaging consumers and the value chain to “go zero”.

Sky’s commitment will see its entire fleet of 5,000 vehicles transition to zero emissions by 2030, alongside initiatives to make the technology products it offers and launches more efficient. TV and film recorded by the broadcaster will also be covered under the net-zero carbon ambition as well.

It binds Sky to reducing emissions from business operations, suppliers and customers (during the use of its products) by at least 50%, then investing in robust, nature-based offsetting schemes to address residual emissions. Sky has notably received carbon-neutral certification for its business operations every year since 2006 and has had its new targets approved in line with a 1.5C trajectory by the Science-Based Targets Initiative (SBTi).