The UK's land must become a net carbon sink by 2040 if the UK Government is to meet its long-term climate targets but, to date, it has failed to produce joined-up plans for transitioning land use while supporting farmers and communities. 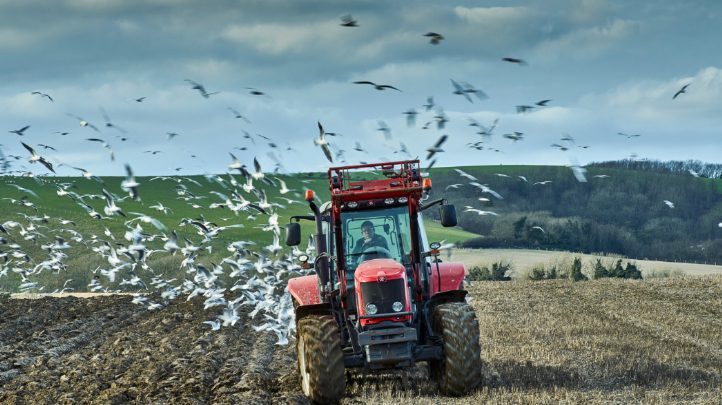 That is the line of argument taken by environmental NGO WWF in its latest report, which is entitled ‘Land of Plenty’ and has been published today (8 February).

The report plots a path to aligning the UK’s farming sector and other land use, which covers 70% of UK land and accounts for 12% of national annual emissions, with the legally binding 2050 net-zero target. The path also takes into account the need to halt and reverse biodiversity decline.

In WWF’s scenario, emissions from agriculture would be reduced by at least 35% by 2030, against a 2018 baseline. Also by 2030, nature loss in the UK would be halted and the reversal process would have begun. By 2040, land in the UK would become a net carbon sink.

Delivering these benefits, WWF argues, would require the Government and farming industry to move away from a ‘business-as-usual’ approach involving incremental change, to systems change in which emissions reductions from land-use change and regenerative approaches are prioritised.

The Government would also need to set binding targets to halve nitrogen waste and slash methane emissions from all sources by 30% by 2030, WWF argues. COP26 saw the UK, along with other nations, agree to this target on methane in principle.

Throughout the report, the Government is urged to come up with its own pathway for decarbonising agriculture – and told to use land-use change as the primary driver. The Net Zero Strategy, published in October 2021, did not contain sector-specific decarbonisation plans. Defra has subsequently announced the first of the new post-Brexit farmer payment schemes, designed with a view to cut emissions and boost nature, but they were poorly received – partly due to sparse details on likely environmental benefits and measures to preserve food security as more land is set aside for things like woodlands and hedgerows.

Green groups have also lambasted Defra for maintaining that it will let farmers choose how much land they would like to set aside for nature, or the levels of emissions reductions they would like to achieve, rather than setting nationally binding targets and setting out how farms can deliver their fair share. Criticisms of the Environmental Land Management (ELM) scheme form part of a long line of claims that the Government is not taking a joined-up approach to the net-zero transition.

“If we are serious about tackling the twin threats of climate change and nature loss, farming and land use can’t be an afterthought,” said WWF UK’s chief executive Tanya Steele.

“Many UK farmers are already using their skills and expertise to produce food as sustainably as possible, but they won’t be able to fix a broken system on their own.

“Bringing forward comprehensive strategies to slash emissions from farming and land use will be a vital catalyst to drive change – UK governments must act urgently to deliver these frameworks and give farmers the clarity they need.”

On agricultural payment schemes specifically, WWF has stated that schemes should “be attractive and easy to participate in and make a definable contribution to meeting climate, nature and social objectives”.

Responding to the report, a Defra spokesperson said: “We have already set out ambitious plans which will see farmers rewarded for actions which benefit the environment, supporting sustainable food production alongside vital nature recovery and work towards net-zero.

“More than 3,000 farmers are testing and trialling our new approach, which will reduce greenhouse gas emissions, halt the decline in species, increase woodland, improve water and air quality and create more space for nature.”

The report comes amid a row between farmers and legislators in Northern Ireland. Farmers are campaigning to be exempt from the new 2050 net-zero target and arguing that they have “no future” in a net-zero world. Agriculture accounts for around 2.5% of Northern Ireland’s GDP, compared to a 1% proportion for the UK as a whole.

WWF has long advocated for the UK – as a net importer of goods – to set a binding target to reduce its global emissions footprint by 75% this decade. Current climate targets cover terrestrial emissions only, excluding international shipping and aviation, as well as the production and consumption of imported goods.

This recommendation is raised once more in the ‘Land of Plenty’ report. As well as emphasising this headline call to action, it recommends that the UK Government should work with the food industry to deliver a 31% reduction in carbon generated from fertilisers and soy-based animal feeds produced overseas. This recommendation has a 2030 deadline and a 2018 baseline.

Globally, around 75% of the soy produced each year is used to make animal feed. The commodity is linked to deforestation.

By 2050, WWF has stated, carbon from fertilisers and soy-based animal feeds produced overseas should be 57% lower.