The fourth round of the UK Government's Contracts for Difference (CfD) auction scheme, designed to increase investment in low-carbon energy, has opened, aiming to support 12GW of new generation capacity. 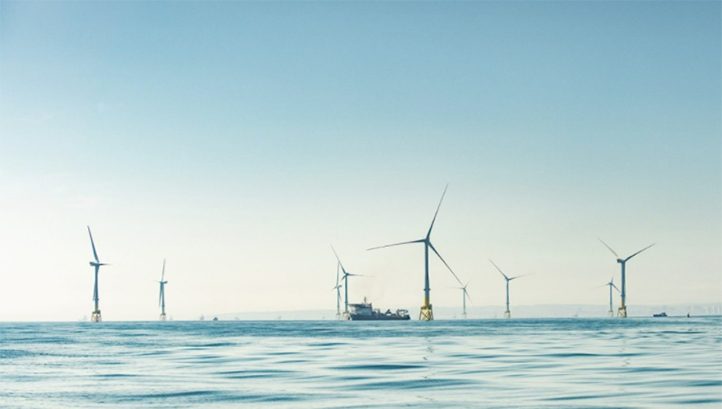 The majority of the funding will benefit offshore wind. Image: Vattenfall

The round of the scheme opened for applications today (13 December) and will close on 14 January 2022. It will provide £285m of support annually to low-carbon energy generation, in what the Department for Business, Energy and Industrial Strategy (BEIS) is dubbing the largest package to date under the scheme.

The majority of the funding – £200m annually – will be made available for offshore wind. This is perhaps to be expected, given that the UK is striving to host 40GW of offshore wind by 2030. Offshore wind is, at present, the only renewable energy sub-sector with its own Sector Deal.

Onshore wind and solar have notably been excluded from the CfD process since 2015. The Government took the decision to include them again in 2020, in light of the net-zero target, supporting Strategy packages, and much campaigning from environmental and industry organisations.

BEIS said in a statement that supporting a mix of technologies “will ensure we have a more secure, more resilient energy system and support the UK’s transition to net-zero through a greater range of energy sources”. Overall, the Department is aiming for the round to support 12GW of new capacity.

Business and Energy Secretary Kwasi Kwarteng said the new CfD round’s design is set up to “solidify the UK’s role as a world leader in renewable electricity while backing new, future-proof industries across the country to create new jobs”.

“By generating more renewable energy in the UK, we can ensure greater energy independence by moving away from volatile global fossil fuel prices, all while driving down the cost of new energy,” Kwarteng added, alluding to the ongoing energy price crisis, which has primarily been caused by a disconnect between supply and demand in international gas trading.

The CfD scheme first launched in 2011. It provides 15-year private contracts between electricity generators and the Government-owned firm the Low-Carbon Contracts Company (LCCC), providing stability to generators and protections to consumers. You can read more about the history of the scheme, and an analysis of how this latest round is likely to be different, in edie’s sister title, Utility Week.

The opening of the fourth CfD round comes shortly after BEIS granted planning permission to Vattenfall for its 1.8GW Norfolk Borean Wind Farm. The firm is planning to create a 3.6GW renewable energy zone in the region, including this array, 50 miles offshore. There will be up to 156 turbines across the zone.

The Planning Inspectorate had stated that permission should not be granted, as it wanted more information on the safeguarding of biodiversity and how the project would disrupt life for local residents.

BEIS has emphasised the need for more offshore wind in the net-zero transition, and the project’s plans to create green jobs. It has also welcomed Vattenfall’s commitment to invest £15m in a Community Benefit Fund in Norfolk.