The output of British power stations fell this year to levels last seen almost a quarter of a century ago, while renewables achieved a record share of the UK electricity supply. 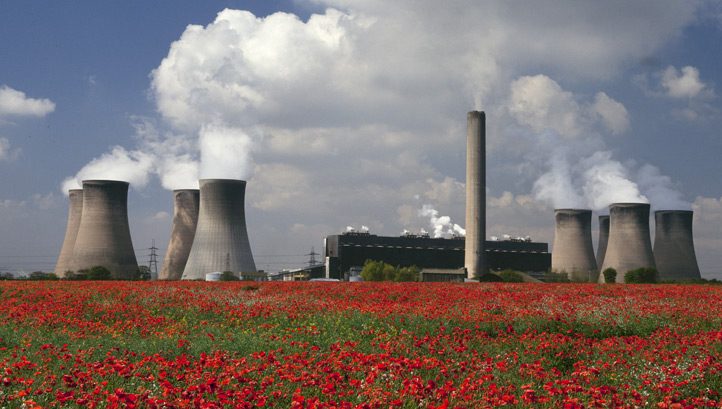 Electricity generation in 2018 was the lowest since 1994, when Tony Blair became the leader of the Labour party.

The reduced need for power came despite there being 8 million more people living in the UK. Analysts said the figures were a sign of increasingly efficient use of energy and the country’s changing economy.

The UK website Carbon Brief, which analysed government and industry data, found that 335 terawatt-hours were generated by power plants last year, down by about 1% on the year before. Since 2005 the level has fallen by 16% – or the equivalent of two and a half Hinkley Point C nuclear power stations.

Simon Evans, policy editor at the group, said: “It could be a combination of more efficient appliances, energy-saving lightbulbs and, more recently, LEDs. Then there’s supermarkets installing better fridges, industry using more efficient pumps. Across all of those businesses, efficiency will have been going up. And of course, there’s the changing nature of industry in the UK.”

The financial crisis could also have played a role in making homes and businesses more careful with their energy use, he added.

Previous research by the government’s climate change advisers has found that more energy efficient appliances helped save the average household £290 a year between 2008 and 2017.

Continuing to use energy more efficiently would help the UK reach its binding climate goals, Evans said. “Using less as an end in itself isn’t the point. But it is the case that meeting carbon targets is made easier if we use energy efficiently.”

The analysis by Carbon Brief found that renewable sources including biomass, hydro, solar and wind power supplied a record 33% of electricity this year, up from 29% last year. Renewables were just 6.7% of the mix in 2009.

Meanwhile, the coal-driven output was down 25% despite warnings of a coal comeback driven by high gas prices. Nuclear power also had a weak year, with generation down 8%, mainly due to ageing reactors being taken offline for safety checks. Gas remained the top source of electricity supplies, but fell 4%.