A £15m Government funding boost has been confirmed for a project aiming to plant 50 million trees between Liverpool and Hull, in the same week that Ministers published plans for 3,000 hectares of new woodlands along waterways. 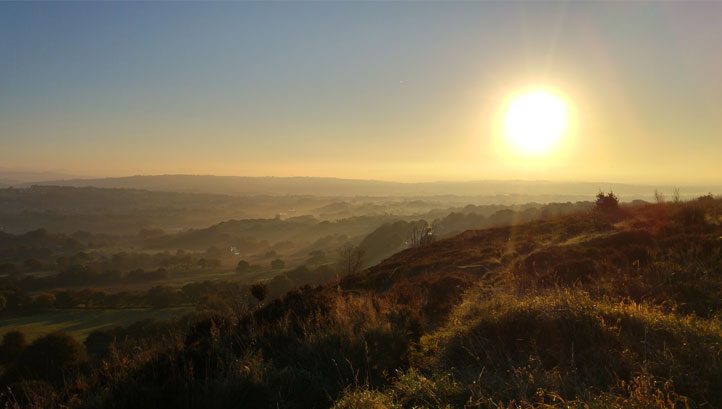 The first of these projects is dubbed the “Northern Forest” and is being overseen by The Woodland Trust, in partnership with community forest schemes The Mersey Forest, City of Trees, White Rose Forest and HEYwoods. Its overarching aim is to plant 50 million trees over a 25-year period, across the M62 corridor from Liverpool to Hull. Organisers of the scheme state that this area only has 7.6% woodland cover, compared to a UK-wide average of 11.7%.

The Woodland Trust said in a statement that the £15m funding, which is being awarded through the UK Government’s £640m Nature for Climate Fund, will enable the planting of one million new trees over a 12-month period.

Chancellor Rishi Sunak announced the Nature for Climate Fund at the 2020 Budget. As well as tree planting, it will support peatland restoration.

Forestry Minister Lord Goldsmith said: “The Northern Forest is an outstanding example of how trees can benefit nature, climate and people. By creating woodlands close to urban and rural communities, we can provide greater links to nature in areas that need it most.”

The Woodland Trust’s programme director for the Northern Forest, Simon Mageean, added: “This new funding is massively significant for this project and enables us to push on with this new phase; it will allow us to establish over one million new trees this winter and connect them better to the wider landscape, together with new woodlands in urban areas and rural areas across the Northern Forest.

“Not only do these new trees have the power to transform people’s lives through all the green space they bring in areas of traditionally low tree cover, they are also set to bring a big boost to our fight against climate change and encourage nature recovery.”

Some three million trees have already been planted as part of the Northern Forest since work began on the ground in 2018.

The Woodland Trust is also announcing its participation in the Government’s new “Woodlands for Water” project today (27 September), along with the National Trust, the Rivers Trust and the Beavers Trust.

This project is being overseen by the Department for Food, the Environment and Rural Affairs (Defra) and will see 7,780 acres of woodland planted along rivers and other watercourses in six water catchment areas by March 2025. The chosen catchments are Taw and Torridge in Devon and Somerset; Tamar and Fowey in Devon and Cornwall; Eden and Derwent in Cumbria; Teme in Shropshire and Worcestershire; Wye and Usk is Gloucestershire and Herefordshire and Bure, Glaven, Stiffkey, Wensum, Heacham, Lark, Gaywood and Wissey in Norfolk.

Defra said in a statement: “Planting trees on and around riverbanks or allowing them to grow naturally can help to improve water quality by blocking the runoff of pollutants into rivers, manage flood risks by slowing the flow of water, boost biodiversity by creating new habitat corridors and make our rivers more climate-resilient by providing shade and cooling water temperatures.”

Farmers and landowners will be able to apply for Government grant funding to cover 100% of the costs of establishing new woodlands, through the England Woodland Creation Offer scheme. They can also apply for annual maintenance payments for up to 10 years. Defra has not publicly disclosed its planned spend on the scheme at this stage.

Lord Goldsmith called the planting of trees along watercourses a “hugely exciting and untapped area for woodland creation”.

Earlier this year, Defra announced a pledge to treble tree planting over the course of this Parliament, to at least 7,000 hectares of woodlands per year by 2024. The target has been set in law through the England Trees Action Plan, developed after a consultation that took place last summer, receiving more than 20,400 responses.

The UK Government has repeatedly failed to meet tree planting targets and, overall, is not on track to deliver its flagship commitment to leave nature in a better state for the next generation. Official figures published in August revealed that some 2,200 hectares of trees were planted in England during the 2020-2021 financial year, down from 2,340 hectares the year prior. Cumulatively, these figures represent just 14% of the national tree-planting targets.