The Government will seek to reduce emissions by 78% by 2035 as part of a new Sixth Carbon Budget, a decision that has been welcomed by green groups, although some are calling for more detailed action plans. 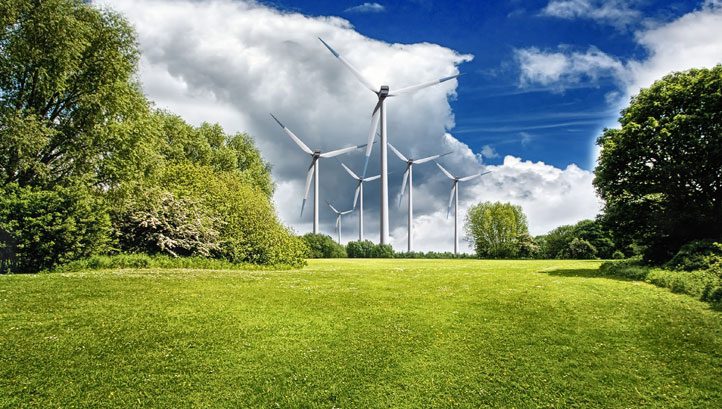 Prime Minister Boris Johnson has agreed to legislate a new target to reduce national emissions by 78% by 2035, following the Climate Change Committee’s advice on the Sixth Carbon Budget. It builds on the UK’s new Nationally Determined Contribution (NDC) to the Paris Agreement, which will see the nation reduce emissions by 68% by 2030, compared to 1990 levels.

A notable inclusion in the Sixth Carbon Budget is the UK’s share of international aviation and shipping emissions. Historically, the Government’s emissions reduction efforts only accounted for emissions on a “territorial” basis and therefore only includes those within the UK’s borders, a decision that has drawn criticism from green groups.

The new target will become enshrined in law by the end of June 2021, with the legislation set to be introduced to Parliament tomorrow.

Here, edie rounds up how key groups across the green economy have reacted to the announcement, with many heralding it as a crucial step towards net-zero and an announcement that boosts confidence in the build-up to COP26.

“I am delighted at this news; this is an important and historic decision. In committing to cut emissions by almost 80% in 2035, the UK has taken its place at the forefront of global efforts to reach net-zero – crucial in the fight against climate change. By implementing our recommendations in full, the Government’s decision rests on the most comprehensive ever assessment of the path to a fully decarbonised economy.

“Now we have set this goal in law, Government, business and people up and down the country can throw their full weight behind the actions needed to get us there. It means that every choice we make from now must be the right one for our climate.”

“By committing to legislate for a new climate target of 78% reduction by 2035, including aviation and shipping, the government reaffirms its ongoing ambition to do what is necessary to tackle climate change.

“These concerted commitments are welcome but there is an increasingly urgent need to see action in support of these ambitions with new longer term policies and more of the detail of the delivery strategy for the UK’s net-zero vision. Time is of the essence and from across business, finance and the general public there is clear appetite for climate action now, so that we have economic and social stability and success in the future.”

“Setting the legally binding Carbon Budget at this aspirational level does place the UK at the forefront of international ambition, which is a needed boost for the Government’s international reputation ahead of COP26 after some questionable decisions taken this year.

“Pulling off a successful COP is by no means assured, and the PM and other senior UK Ministers now urgently need to step up and capitalise on that leadership to leverage other countries to pull their weight on carbon emissions. Actually realising our goals is another question entirely. While targets make clear that the UK’s future is green, they need to be backed by equally as ambitious policy and sectoral plans to be credible.

“With the pressure now on internationally as well as at home, there’s a real opportunity for Treasury and the rest of government to move from setting targets to actually cutting carbon. For this, no doubt that a rapid step-up in discussions on how to achieve plans will be a top priority.”

“The Government’s welcome new ambitions for cutting carbon emissions will require action to decarbonise heat immediately. Technologies like heat networks and heat pumps are already available and working in places up and down the country, but the industry urgently requires long-term policy for both domestic and industrial heat to deliver on these climate ambitions.”

“It is good news that the government is setting a more ambitious target, it shows they are serious about the net zero goal. What we’ve seen over the last 18 months is alignment, not just in the UK but around the world. What’s needed now is the right policies from Government to give direction and clarity for businesses to deliver. We also need to bring consumers on the journey too. Together, we can make a difference.”

“The ambitious new 2035 target should be welcomed as a signal of increased urgency to tackle climate change and deliver net-zero. However, the UK Government must move away from the ‘one size fits all’ approach to rural areas.

“The quickest and easiest way to meet these targets is to open up policy and the market to a range of energy solutions that fit all circumstances and offer choice and value to consumers. There is no bigger challenge and example of this than decarbonising the heating systems across the UK, especially in homes off the gas grid. The boxed-in approach of heat pumps for all is unaffordable for millions of homeowners and will only drive resistance to the Net Zero goal. The failure of the Green Homes Grant is proof that poorly run incentive schemes alone won’t get homeowners over the fresh hold to make the changes needed.”

“It is clear that the Government sees it as very important that the UK plays a leading role in emissions reductions. This new, more ambitious target is likely to strengthen investor confidence in decarbonisation technologies as it bolsters the Government’s commitment to the policy plans set out in the Ten Point Plan and the Energy White Paper.”

“Targets for cutting emissions are important, but without the right policies, they won’t be met. The UK government is already struggling to meet its existing, less ambitious climate goals.

“Boris Johnson’s government may want to show global leadership ahead of this year’s crucial climate summit, but with its backing for new roads and airport expansion, and huge financial support for a mega gas development in Mozambique, it won’t be taken seriously.”

“The UK’s Sixth Carbon Budget is the product of the most comprehensive examination ever undertaken of the path to a fully decarbonised economy. I am delighted that the government has accepted my Committee’s recommendations in full.”

“Setting the Sixth Carbon Budget in line with the Climate Change Committee recommendations puts the UK on a credible path to achieve its net-zero emissions target.

“As COP26 hosts, the UK Government is leading by example by setting this stretching target.  Business stands ready to deliver with the latest low-carbon technologies and innovations that are driving emissions down every year. By tackling this together, we can reap the benefits of transition to a low-carbon economy.

“The target emphasises the importance of the 2020s as a decade of delivery on our climate ambitions, and urgent action is needed now to make this a reality.”

“We welcome the government goal of reducing UK emissions by at least 68% by 2030. And we’re saying to government – please show us the plan.”

“To cut emissions, we need stable, long term, funded policies and plans including to tackle priorities such as buildings and heating. For example, they could start with a plan to support schools to decarbonise, and fulfil their ambitions to be green community champions. Then they could provide the resources to colleges and apprenticeship programmes for training in green skills – we can only get to zero carbon if people are trained in how to install heat pumps and retrofit buildings.”

“By accepting the Climate Change Committee’s recommendations for the Sixth Carbon Budget, the government has sent out a resounding message, domestically and internationally, that the UK is taking its net zero emissions target seriously. The inclusion of international aviation and shipping is particularly important, showing climate leadership in the year we are hosting the Glasgow climate summit. What we need now is to ensure there is no gap between ambition and policy, so the UK has the right tools in its armoury to meet these targets.”

“The Government should be commended for adopting the ambitious and evidence-based recommendations from the Climate Change Committee for the Sixth Carbon Budget. The emission cuts set out in the Budget represent essential next steps the UK needs to take to ensure a credible, cost-effective, and timely pathway to net zero emissions by 2050. The inclusion of the UK’s share of international aviation and shipping emissions is a particularly welcome addition and will help to accelerate the development of sector-specific decarbonisation plans.

“Focus must now turn to strengthening the UK’s policy framework to meet this new target, by putting in place a detailed and cross-departmental net-zero strategy that will drive private investment in low carbon goods and services, supply chains, jobs and skills.”