Air pollution reduced by a third in London’s ULEZ

As new data reveals that air pollution is increasing the number of people suffering from severe health conditions, London City Hall has revealed that the introduction of Ultra Low Emission Zone (ULEZ) has slashed pollution levels by a third and carbon emissions by 13%. 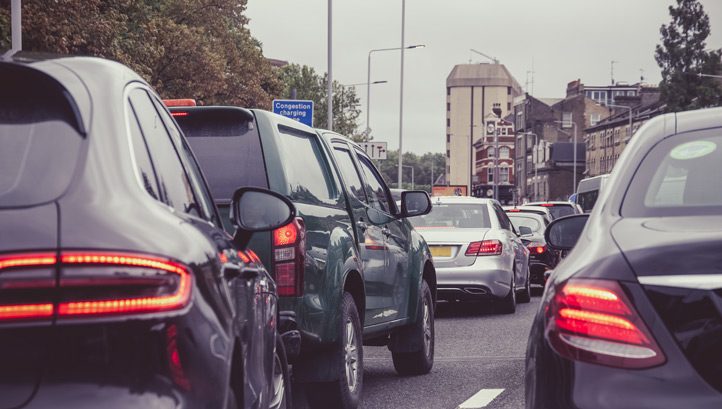 New figures released today (21 October) have found that the introduction of ULEZ six months ago has contributed to better air quality and a projected fall in carbon emissions.

Data gathered by City Hall has found that there are now 13,500 fewer non-compliant cars entering the zone on an average day, a reduction of 38%. With 77% of vehicles entering the zone now compliant with designated emissions standards, the amount of roadside nitrogen dioxide (NO2) pollution has reduced by 36% from 2017 levels. The analysis estimates that the reduction in NO2 pollution solely attributable to the ULEZ is 29%.

The Mayor of London, Sadiq Khan, said: “These figures prove without a doubt that ULEZ is exceeding expectations, reducing polluting vehicles and cleaning up our lethal air. I am determined to stop Londoners breathing air so filthy it is damaging our children’s lungs and causing thousands of premature deaths.

“The ULEZ shows what we can achieve if we are brave enough to implement such ambitious policies. I now hope the Government will match my ambition and amend their environment bill to ensure it has the legally binding WHO- recommended limits to be achieved by 2030 that we need to protect public health.”

ULEZ – everything you need to know

Motorbikes and mopeds which were registered before 2007 and therefore were not produced to Euro 3 standards will also be liable to pay the £12.50, while buses, coaches and lorries will need to meet or exceed Euro 6 standards or pay £100 per day. Failure to pay will result in a hefty penalty charge notice (PCN) of £160, or £80 if paid within 14 days.

It’s estimated that around 40,000 premature deaths that occur in the UK every year have links to air pollution as a contributing factor. Almost one quarter (9,400) of these deaths occur in the UK capital, where transport is estimated to account for half of NOx pollution.

TfL estimates the initial ULEZ will lead to a reduction in toxic emissions from road transport in Central London by about 45% by the end of 2020.

City Hall also claimed that the ULEZ is helping London respond to the climate emergency.

After six months, carbon dioxide emissions from road transport in the central zone are now 4% lower. This equates to an expected 13% reduction if the current compliance rates continue over the course of this year.

Polluting vehicles account for around half of London’s harmful NOx air emissions, with air pollution costing the capital up to £3.7bn annually.

The analysis was released as UK100, the network of local authorities, and King’s College London released data showing that children and adults across the country are suffering from severe health conditions as a result of air pollution.

The two organisations analysed nine English cities and found that days when air pollution was high would lead to an extra 124 cardiac arrests, more than 200 cases of stroke and more than 190 people being hospitalised for asthma.