Asda is removing hard-to-recycle black plastic trays from some of its best-selling meat lines, replacing them with recyclable cardboard alternatives. 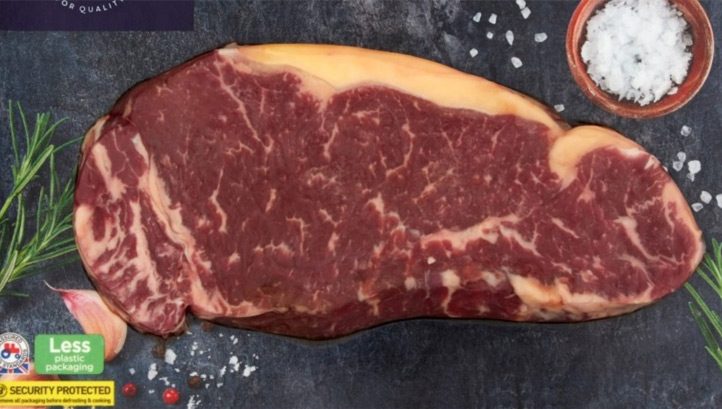 Black plastic is often not recycled in traditional infrastructure

The switch was made on Saturday (14 December) across Asda’s entire Extra Special, Butchers Selection and Farm Stores lines of steak, in a move which the supermarket claims will mitigate the use of 700 tonnes of black plastics annually. Across these lines, Asda sells 23 million units annually.

The new packaging consists of a cardboard tray and a thin, clear, flexible plastic film to hold the meat in place. While the film itself is not recyclable, the cardboard is collected by all UK local authorities and the entire package contains up to 90% less plastic than traditional formats.

This format is the same alternative as was introduced by competitor Aldi earlier this year. It has been trialled at Asda since September, across select lines and stores.

Asda’s senior buyer for red meat and fish Paul Geary said the new packaging is further evidence of the retailer’s overarching commitment to “use less and recycle more”.

Under this vision, Asda has pledged to reduce the total amount of plastics used in its own-brand packaging by 15% by February 2021, against a 2018 baseline.

Switches made to date include the removal of plastics packaging from potted herbs; plastic sleeves from greetings cards; plastic straws from shelves and in-store cafes; black plastic trays from fruit and vegetable multipacks; and windows from mince pie multipacks. More recently, the company has begun trialling the removal of plastic netting from clementines, replacing it with a plant-based spray that purports to extend shelf life while being biodegradable.

“There is still some confusion around packaging and what can or can’t be recycled and by moving our entire range of steaks to recyclable cardboard trays, it means our customers don’t have to choose between living sustainably and purchasing quality, great value steaks,” Geary said.

While the move will doubtless be welcomed by customers keen to reduce the plastics footprint of their grocery shopping, WWF recently stated that the packaging of food only accounts for 8% of its total environmental impact on average.