Europe's five largest carmakers are at risk of being "displaced by competitors" by failing to align phase-outs of traditional petrol and diesel vehicles with accelerating regulation emerging on the continent. 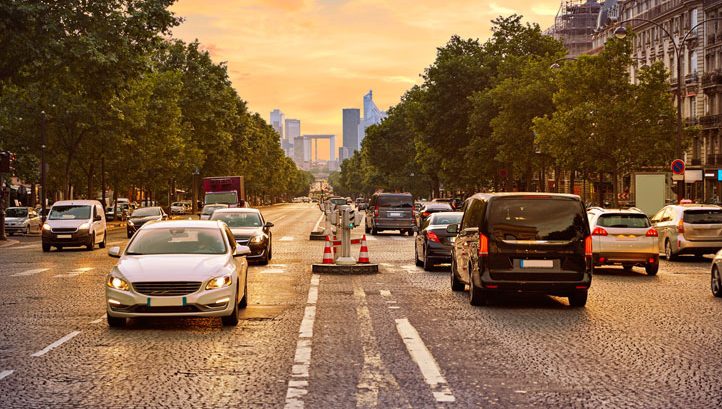 The NGO ShareAction has warned investors that the five largest European automakers – Volkswagen, Renault, BMW, Daimler and Groupe PSA (which includes the Peugeot and Opel brands) – are not in alignment with policy aiming to phase out internal combustion engine (ICE) vehicles.

Analysis from the group finds that Renault is the best-prepared company for the ongoing low-carbon mobility transition, as it is the only company to have set a phase-out date for 2035 and has aligned emissions targets with European standards and goals.

Least prepared were Daimler, BMW and Groupe PSA, who ShareAction said “severely lag behind their rivals and appear to be asleep at the wheel on climate change”. Daimler, for example, has set a net-zero target for 2039, but ShareAction claims it has no short-term emissions reduction targets or an ICE phase-out commitment.

BMW told edie that it “does not recognise the claims made by ShareAction”. “The company has committed to a clear sustainability plan with an uncompromising focus on e-mobility and reducing resource consumption,” a spokesperson said.

On Wednesday 17 March, chairman of the Board of Management of BMW AG, Oliver Zipse, said: “We are intent on ensuring that the greenest electric car on the market is made by BMW.”

As for, Groupe PSA the company told edie that it has committed to reducing absolute greenhouse gas emissions by 20% by 2034 from a 2018 baseline and for emissions from the use of sold products by 37% per vehicle km.

edie has reached out to the other automakers for comment.

ShareAction’s senior research officer Jana Hock said: “If these laggards cannot mobilise quickly enough for a climate-neutral future, they may find themselves displaced by competitors better positioned for the transition to zero-emissions mobility – just as Nokia and Blackberry lost out in the telecoms transition to smartphones.”

The group notes that Volkswagen, fresh off aiming to double its sale of electric vehicles (EVs) by 2021, is facing a fine of around €240m for failing to meet the European Union’s (EU) CO2 targets for last year.

Indeed, the bulk of concern from ShareAction comes from an expected tightening of legislation in Europe.

With transport accounting for 28% of the EU’s emissions – the largest source by sector and the only one where emissions have risen since 1990 – ShareAction has warned investors that car manufacturers will risk larger fines over the coming years as the bloc attempts to reduce emissions in the sector.

Already, Germany has endorsed a 2035 phase-out date for fossil fuel engines, which could be moved forward to 2030. Elsewhere, France is likely to introduce similar measures for 2035, while the UK and Sweden have set 2030 phaseouts.

ShareAction’s research states that car manufacturers can align with new vehicle standards by setting a carbon reduction target of 25% by 2025 and 65% by 2030.