With registrations of new electric vehicles (EVs) still outpacing the installation of charging points in the UK by a significant margin, the nation's largest auto trade body is calling for the Government to set new time-bound targets for charger installations. 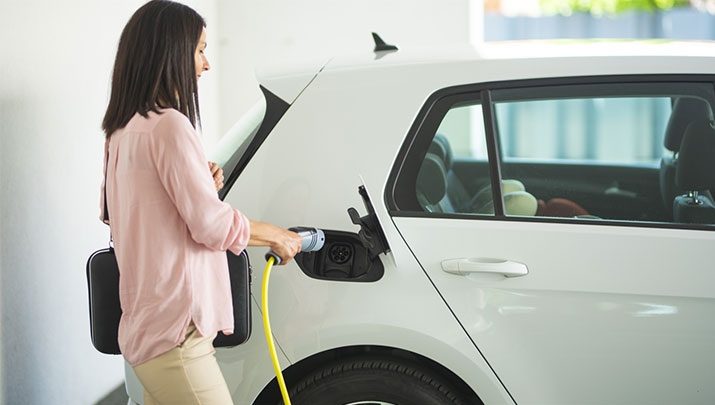 The Society of Motor Manufacturers and Traders (SMMT) has made the recommendation as part of a new policy briefing on improving charging infrastructure, published this week alongside new data regarding the size of the UK’s EV stock and charging networks.

According to the Society’s data, the number of plug-in hybrid vehicles on UK roads increased by some 280% between 2019 and 2021.vThe increase was 586.8% for pure EVs. Sales of these vehicles have outpaced petrol and diesel amid Covid-19 and now, increasing fuel costs, in the UK.

Failure to address this challenge, the SMMT is warning, could undermine the UK’s 2050 net-zero commitment and public trust in the 2030 phase-out of new petrol and diesel sales.

The SMMT is calling on the Government to work with industry to develop a nationally coordinated and locally delivered infrastructure plan, including binding targets for charging point installation. The plan should, of course, be backed with adequate funding from central Government and proper policy enablers to unlock private sector involvement.

By the SMMT’s estimations, targets should be set for the UK’s charging infrastructure to support 9.3 million electric cars by 2030 and 18.4 million by 2035. There is already a requirement for all new homes and workplaces built in England from 2022 to have EV charging facilities, but meeting these targets, SMMT claims, will require more mandates.

Also recommended in the SMMT’s plans are better planning for the UK’s electricity networks, that they may cope with increased demand from EV charging and that the energy mix is increasingly decarbonized.

To this former point, a recent report from EY and Eurelectric forecast that EV charging could increase peak load by up to 90% in areas with high EV uptake between 2021 and 2035. Even in the best-case scenario, peak load would be 21% higher in 2035 than today. To the latter, BEIS has pledged to end unabated fossil-fuelled electricity generation by 2035 but is yet to set out details on how it intends to deliver that transition.

The SMMT is notably calling for the creation of a new regulatory body that would hold the Government to account for the above commitments. The regulator would also oversee matters relating to customers. The SMMT has set out a three-point framework for a customer-centric approach, centred around equity of access, good consumer experience and adequate infrastructure.

“With clear, equivalent targets and support for operators and local authorities that match consumer needs, the Government can ensure the UK has a chargepoint network that makes electric mobility a reality for all, cutting emissions, driving growth and supporting consumers across the UK,” summarised the SMMT’s chief executive Mike Hawes.

Responding to the SMMT report, Addison Lee’s chief operating officer Patrick Gallagher said: “We have committed to be fully electric by 2023, to play our part in tackling climate change and helping to clean up London’s poor air quality.

“However, our experience of our EV roll out so far tells us that insufficient charging infrastructure presents a significant challenge. In a recent survey, 93% of Addison Lee EV drivers have found rapid charging through the public network to be a difficult process and over one-third said it can take more than 30 minutes to locate a rapid charger.

“Without urgent intervention by both the UK Government and the Mayor of London to increase the number of charge points and make them more accessible, they will not achieve their ambitious net-zero targets.”

Kalibrate’s chief executive officer Oliver Shaw said: “With the government aiming to reach net-zero emissions by 2050, the disparity between EVregistrations and EV chargers isn’t promising. Though charging points are on the rise, it is simply not enough.

“The pace needs to rapidly pick-up. Firstly, to keep up with demand, and secondly, to convince traditional vehicle owners to make the EV switch. This includes addressing the unequal distribution of charging points between the North and the South.

“Addressing this means having an effective data approach to identify the various EV users and what locations require further investment in charging. Ultimately, they must be strategically placed across to respond to levels of charger demand right now, and into the future as EV adoption continues to gather pace.”

dcBel Europe’s chief executive Laurent Schmitt said: “It’s encouraging to see SMMT putting the consumer at the centre of infrastructure policy and planning, however, more time needs to be devoted towards delivering charge points in people’s homes which is the prime charging point used by EV drivers. The cost of public charging has skyrocketed in recent months which has triggered significant increases in public charging costs, and the surge shows no sign of slowing with the escalation of the energy crisis

“The Government recently announced plans to install EV chargers into all new homes from 2022, however, this initiative does not cover the UK’s existing housing stock, leaving 29 million homes unaccounted for. To compliment the public charging expansion, we’d like to see SMMT advocating an improved home charging network in the UK and improving the tech available.”