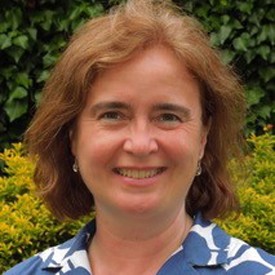 2017: A turning point for energy efficiency in the UK?


Brexit was dominating the political and legislative landscape and there seemed little room to get other things done.  But we were promised a Clean Growth Plan, very soon.  An election came and went, and we had yet another new Minister.  Now the plan was promised after the summer recess.  Patience was starting to wear very thin.

But then, after the summer, it actually appeared.  Now a Strategy rather than a Plan, and with lots of details to be worked out (hence the plethora of consultations), it nevertheless offered some very positive developments for the energy efficiency sector. Ambitions were set out: a 20% improvement in business energy efficiency by 2030; as many homes as possible to reach at least EPC Band C by 2035; and public sector leadership through new central Government binding targets and a voluntary target for the wider public sector and education to reduce greenhouse gas emissions by 30% by 2021.

These ambitions are a good start: but is a 20% improvement in business energy efficiency enough to drive productivity up to the levels Government is looking for?  Possibly not. Is EPC C by 2035 a sensible target for homes? Yes it is, but only with the understanding that it needs to be the vast majority of homes and that eventually we will have to go further. And why is the target for the wider public sector only a voluntary one, when energy managers in the sector are clear that a mandatory target is what is needed to drive investment? A very good start but not, yet, enough.

And the ambitions will only be delivered if we have the right policies in place. Government acknowledges this and is consulting widely and rapidly on the details. The next few months will be crucial to determining whether or not the promising shoots of late 2017 turn into sustainable growth in the market for energy efficiency investments.

The detailed proposals that have emerged so far are a mixed bag. The National Infrastructure Commission has recognised that improved energy performance in buildings is a priority. But they still treat energy supply and demand as two separate things rather than two halves of the same system, and this runs the risk of continued over-emphasis on investment on the supply side of the meter.

The very existence of a consultation on streamlined energy and carbon reporting shows that, more than two years after the consultation on reform of business energy efficiency taxation attention is now being paid to this crucial complementary area of policy.  The consultation considers how reporting should be designed, but asks ‘what other policy approaches can work with reporting to drive energy efficiency, reduce bills, reduce emissions, and improve transparency for investors so they are more able to hold companies to account?’ Perhaps this shows that Government understands that simply giving people information on cost effective energy efficiency measures is not enough.

The Call for Evidence on building a market for energy efficiency is a significant step in the right direction. It offers a sensible set of principles for policy-making and asks many of the right questions. However, it suggests that Government still does not fully appreciate that the key limiter on the growth of the market for energy efficiency, in this case in homes, is the lack of robust, sustained demand from consumers. ACE surveyed the sector for its views on a range of incentives that government could introduce: for all of them there was widespread support and a willingness to promote to consumers, but only if there was confidence that Government incentives would remain in place for a significant time period.

The consultations and calls for evidence so far all tend to suggest that Government commitment is at least increasing. And perhaps this will start to build industry confidence. But this is not the whole story.

There are no policy proposals specifically targeting improved energy performance in small businesses. The Energy Cost Review virtually ignored energy efficiency. And we do not have a trajectory for tightening the minimum energy efficiency standards for buildings in the Private Rented Sector.  The target for the wider public sector is only voluntary, and landlords of Private Rented Sector homes might not have to meet the standard if they have to spend too much on improvement (which could be as little as £2,500). If industry confidence is to be restored, these shortcomings need to be tackled.

So, are we now moving in the right direction, and moving far enough and fast enough? If you had asked me to rate the Government at the start of 2017, I’d have given them an ‘F’.  I think that now, in January 2018, they might get a ‘C'. Heading in the right direction? Yes. But a C is not enough to ensure that we go far enough and fast enough; to ensure that we can grasp the prize that better energy performance offers.

The energy efficiency sector already employs over 100,000 people in the UK, and has a turnover of around £29 billion. We are a net exporter of energy efficiency retrofit goods and services. And there is so much untapped potential. Policy Exchange highlighted last year that UK businesses could save £1.3 billion per year by investing in energy efficiency measures that have a payback better than 3 years. And Frontier Economics estimate that delivering EPC C in all homes by 2035 requires annual investment £5.2bn per year: current investment in home energy efficiency is less than 20% of this.

We need to access this market and achieve these bill savings.  And we need the highest quality Government policy to help us do this. The next few months will determine whether an ‘A’ rating is within reach.