The UK Government has launched its new governance system on issues covering clean air, waste management and plastics pollution, natural capital approaches and water stewardship, in the form of the long-awaited Environment Bill. 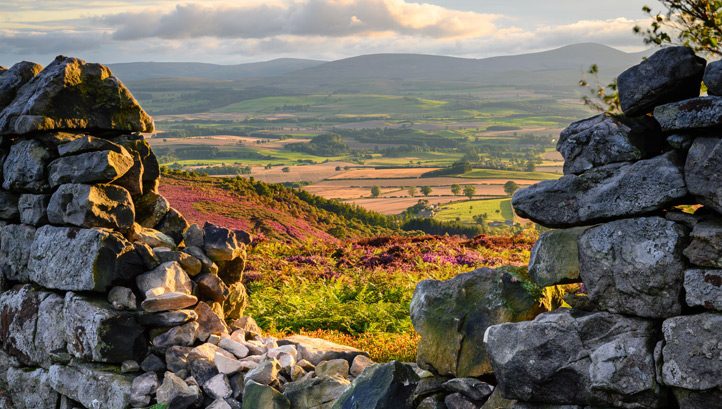 The Environment Bill sets out how the UK’s green standards and environmental protection laws will look after Brexit, and how these will take shape in future trade deals. It caters to the Government’s overall ambition to “to leave our environment in a better state than we inherited it.”

A series of announcements were made within the Bill, including:

Local powers to tackle air pollution: Legally binding targets to reduce fine particulate matter, PM2.5, and by increasing local powers to address sources of air pollution, enabling local authorities to work with families to cut harmful pollution from domestic burning by using cleaner fuels. The government will also be empowered to mandate manufacturers to recall vehicles when they do not meet the relevant environmental standards.

Biodiversity net-gain: Ensure new houses are delivered in a way which protects and enhances nature, helping to “deliver thriving natural spaces for local communities”. Protection for natural habitats will be supported by a Nature Recovery Network, establishing Local Nature Recovery Strategies and giving communities a greater say in the protection of local trees.

Water services:  Plans to increase sustainable water management through securing long-term, resilient water and wastewater services in the face of a changing climate. Powers to direct water companies to work together to meet current and future demand for water which “will make planning more robust”.

The final version of the Bill was put to Parliament by the Queen on Monday (14 October) and released today (15 October).

She added that the Bill will help her Government to “continue to support international action against climate change, including the implementation of the Paris Agreement”, after Brexit.

Also due to be published are the Fisheries Bill, Agriculture Bill and Trade Bill. Each of these pieces of legislation will bolster the Environment Bill in regard to agri-food products produced in the UK and imported.

As part of the withdrawal process, numerous iterations of the Conservative leadership have committed to the creation of a “watchdog with teeth” that will be called the Office for Environmental Protection (OEP).

Crucially, the draft bill confirms that the OEP will have the power to take businesses, public bodies and the Government to court over any breaches of environmental law.

Michael Gove, who was Environment Secretary when the Draft Environment Bill was introduced, has called it “world-leading”.  Since then, however, the policy framework has faced continued criticisms.

As announced in the Resources and Waste Strategy, producers will be forced to pay full net-costs of disposal of packaging they place on the market – up from just 10% now.

The Government had previously explored changing EPR regimes to incentivise sustainable product design for waste electrical and electronic equipment (WEEE) and batteries. By the end of 2025, EPR could also be extended to hard-to-recycle materials such as textiles, fishing gear, vehicle tyres, certain materials from construction, and bulky waste such as mattresses, furniture and carpets.

A key aspect of the resource efficiency debate is the introduction of a consistent set of materials collected across England from households for recycling and a “world-leading” tax on plastic packaging, as outlined in the Resources and Waste Strategy late last year and a  deposit return schemes for single-use plastic items.

The Bill will enable the creation of new charges for single-use plastic items, similar to the carrier bag charge, and will also establish a deposit return scheme to incentivise consumers to reduce litter and recycle more.

The government has explored two variants of the system, which will operate for cans and plastic and glass bottles. An “all-in” model would focus on all beverages placed on the market, irrespective of size, while the second, “on-the-go” model would restrict drinks containers that could operate in the system to less than 750ml and sold in a single format. Powers in the Bill will enable government to introduce new extended producer responsibility schemes in the future.

It also contains powers to introduce clear product labelling, which will enable consumers to identify products that are more durable, reparable and recyclable and will inform them on how to dispose of used products.

Earlier this year, the UK Green Building Council (UKGBC) and Greener UK convened 23 organisations to call for the Environment Bill to include policies on environmental restoration and regeneration that focuses on biodiversity, water and air quality.

However, the UK Government’s independent advisor on natural capital has criticised proposals put forward by the Department for Food, Environment and Rural Affairs (Defra) that would require developers to pay for biodiversity offsets in other regions if their projects result in habitat loss under the Environment Bill.

Beyond the Bill, the government has launched broad legislative frameworks which contribute to the protection, restoration and enhanced of the environment. The net-zero carbon emissions target for 2050 will enshrine major green policy actions, and the government has also published the first progress report on the 25 Year Environment Plan. In fact, six government responses (as of July 2019) have been issued following public consultations of environmental issues. The Government claims these have been addressed in the Environment Bill.

Speaking about the Bill, environment secretary Theresa Villiers, said: “Our natural environment is a vital shared resource and the need to act to secure it for generations to come is clear.

“That’s why our landmark Environment Bill leads a green transformation that will help our country to thrive. It positions the UK as a world leader on improving air quality, environmental biodiversity, a more circular economy, and managing our precious water resources in a changing climate.

“Crucially, it also ensures that after Brexit, environmental ambition and accountability are placed more clearly than ever before at the heart of government, both now and in the future.”