Automotive giant General Motors (GM) has pushed a commitment to source 100% renewable energy for its US operations forward from 2030 to 2025. 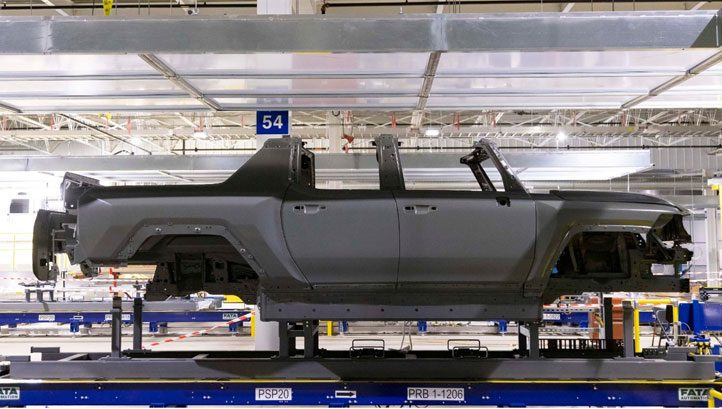 The firm first announced the 2030 date in 2016, upon joining the Climate Group’s RE100 initiative. It now expects to reach the 100% mark five years sooner, with the firm’s global manager of energy strategy Rob Threlkeld citing a string of enablers for a more rapid transition, including closer collaboration with utilities, a growing corporate clean energy movement and changes to green policy, as well as GM’s own commitment to carbon neutral operations and products by 2040.

Threlkeld told edie that the firm is using a “diverse portfolio” of renewable energy solutions to meet its goals. The business, he explained, hosts around 20MW of onsite self-generation, with 8GW accounted for by landfill gas arrays and the remainder largely covered by solar. The rest of the firm’s clean energy is sourced through a mix of green tariffs and power purchase agreements (PPAs), in around a 50:50 ratio.

The US has been a major player in the global PPA market for some time, with this approach helping to crowd in funding, particularly under the Trump administration. Bloomberg NEF’s analysis of clean energy PPAs concluded that a 40% global year-on-year increase in corporate clean energy procurement in 2019 was led by action in the US – a PPA market far more mature than in Europe.

In Threlkeld’s experience (he has worked at GM for more than 21 years, having recently been promoted from a procurement-focussed role to his current strategy-focussed position), “more and more utilities have woken up to offer green tariffs that companies really want to sign on to. The PPAs really kick-started the whole market [in the US]; the green tariffs didn’t’ really start to come in until about 2015, 2016 and 2017, and many were not signed onto by companies, simply because they did not work for us.”

One of the company’s major tariff deals is with DTE Energy, covering electricity consumption in Michigan, where it is headquartered. The state notably accounts for some 20% of GM’s global energy consumption, making it a key focus area. The same DTE tariff and GM uses, Threlkeld explained, is also used by Detroit Zoo and the University of Michigan, as well as other companies, including some key GM suppliers.

States other than Michigan account for more than 30% of GM’s global energy consumption, so, with more than 50% of the total accounted for by the US, this is why the firm has focused its attention in this market.

GM has stated that its approach to fulfilling renewable energy commitments are founded upon energy efficiency before procurement, and that all procurement decisions are taken in a manner that considers the need for the intermittent output of renewable generation to be addressed so that supply security can be maintained.

Policy advocacy forms another pillar of the firm’s approach.

While the US has recently committed to delivering a 100% renewable electricity grid by 2035 – and is mulling an interim target of 80% for 2030 – around 60% of generation was accounted for by fossil fuels last year.

With this in mind, and with GM’s other global operations largely concentrated in other North American markets, as well as Brazil, Korea and China, Threlkeld believes that similar policy and infrastructure barriers will be faced as it applies learnings from the US clean energy transitions to other geographies.

He stated that a key part of policy engagement in all geographies will be ensuring energy systems with built-in flexibility, which he called “a key part of market design” for a net-zero world.

GM had initially committed to 100% renewable energy globally by 2050 but has since pulled that date forward to 2040.