Sector Deals developed under the UK Government's Industrial Strategy must be bolstered to ensure that "neglected" industries such as steel and retail are supported throughout the low-carbon transition. 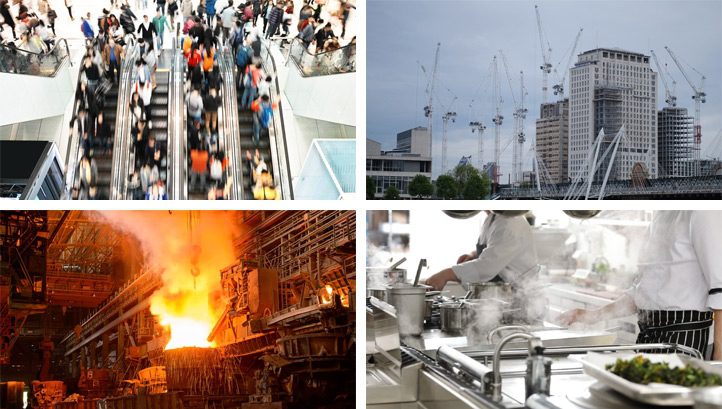 That is the key conclusion of a new report from the Business, Energy and Industrial Strategy (BEIS) Committee, which was published today (19 March) after an inquiry involving dozens of academics, policymakers, think tanks and business leaders.

The 53-page document examines the ways in which the Government has approached five key sectors under its Industrial Strategy, namely offshore wind, construction, steel, retail and hospitality. Each of these industries has called for a sector deal outlining how it can to lower emissions and other negative environmental impacts while boosting productivity, staff satisfaction and employment rates.

The report concludes that decisions by Ministers and the sector deal framework itself have focused on “high-tech” sectors such as renewable power and construction, putting industries such as retail and hospitality at risk of being “left behind”.

Specifically, it argues that the measures set out in the Industrial Strategy are not sufficient to support decarbonisation, future-proofing and productivity-boosting throughout Britain’s “everyday economy”, with no sector deals for retail and hospitality having been produced yet, despite calls from business. This lack of support is “disengaging” companies within these industries with the Government’s clean growth ambitions, the BEIS Committee states.

The report does praise the Government for providing an “early” and “comprehensive” sector deal for construction, which it claims was “struggling with low productivity and a potentially unsustainable business model”. It also welcomes the measures set out in its newly-unveiled Offshore Wind Sector Deal.  Nonetheless, it states that even these sectors have “found the process for negotiating and agreeing a deal to be difficult and opaque”, due to delays in Whitehall and “vague” guidelines.

In order to allay these problems, the report calls on Ministers to establish an independent Industrial Strategy Council, which would be tasked with setting the metrics of success for sector deals and regularly scrutinising their progress. Regarding steel specifically, the document additionally recommends the creation of a new sector deal and the development of new post-Brexit trade deals to “help it thrive in a competitive market”.

“Sector deals won’t be enough on their own to tackle the UK’s productivity puzzle or insulate industry from the fall-out of a no-deal Brexit or of greater friction in our future trade with the European Union – but they are a key plank of the Government’s Industrial Strategy and, if agreed fairly and honoured fully, have the potential to make an important contribution to boosting the nation’s lagging productivity, improving competitiveness and delivering growth to all parts of the UK,” BEIS Committee chair Rachel Reeves MP said.

“The Government’s ‘open door’ offer to industry isn’t being delivered upon in these neglected sectors and the Government needs to be much clearer about the criteria for sector deals and engage more actively and decisively to make these happen.”

edie has contacted BEIS for its response to the report.

The Industrial Strategy was launched by Prime Minister Theresa May in November 2017, outlining, among other green measures, £2.5bn for low-carbon technologies, including £162m of funding for the bio-economy plus a £400m investment in electric vehicle (EV) charging infrastructure. Its overarching aim is to tackle struggling productivity rates and make Britain the world’s “most innovative nation by 2030”.

Crucially, the 255-page policy framework sets out clean growth of the four UK’s four ‘Grand Challenges’, along with mobility, artificial intelligence (AI) and data and an ageing population. Sector deals are a key way in which the Government is striving to meet these challenges, and have been developed for industries such as aviation, AI, life sciences and construction to date.

However, the Government has long faced criticism for failing to explain exactly how its Industrial Strategy and Clean Growth Strategy will interact to help the UK meet the fifth carbon budget.