Dutch paint and chemicals company AkzoNobel has admitted it is "not happy" with the rise in both direct and indirect emissions revealed in the group's latest sustainability report.

Akzo reports on Scope 1, 2 and 3 emissions, which incorporates the sourcing of raw materials through to customer use

The absolute carbon footprint of Akzo's own operations has fallen by 17% since 2012, the report reveals. But the firm concedes there is still has a long way to go to reach a stated goal of a 25 to 30% carbon reduction per ton of sales between 2012 and 2020.

AkzoNobel's sustainability reporting manager Ivar Smits told edie: "We are harsh on ourselves, and rightly so. The company is not happy with these results, and it has highest management attention." 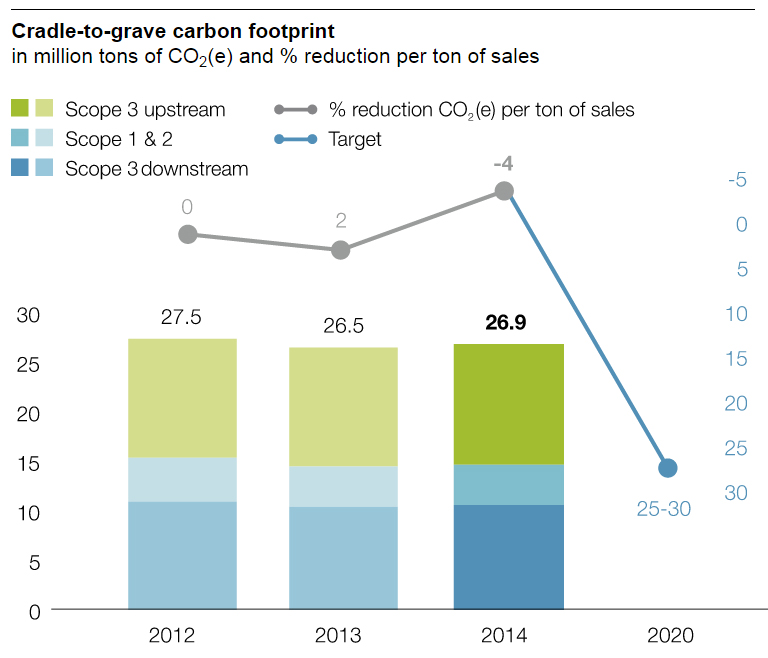 The company's report attributes this relative emissions increase to "changes in the product mix" and a "deterioration of the energy mix" in Europe. Smits would not disclose which products with a higher carbon footprint were now featuring more strongly in AkzoNobel's production.

Concerning energy mix, the company toned down use of its low-emission CHP plant in the Netherlands due to high gas prices in Northern Europe. This led to greater reliance on the Dutch grid. Overall, renewable energy accounted for 34% of total energy use, ahead of a 2020 target of 45%.

Between 2009 and 2014, the firm achieved a relative footprint improvement of 24%, but saw no reduction over 2013. Specifically, 89% of Akzo sites implemented sustainable fresh water management, while total waste as reduced from 9kgs per ton of production in 2013, to 8.6kgs last year. 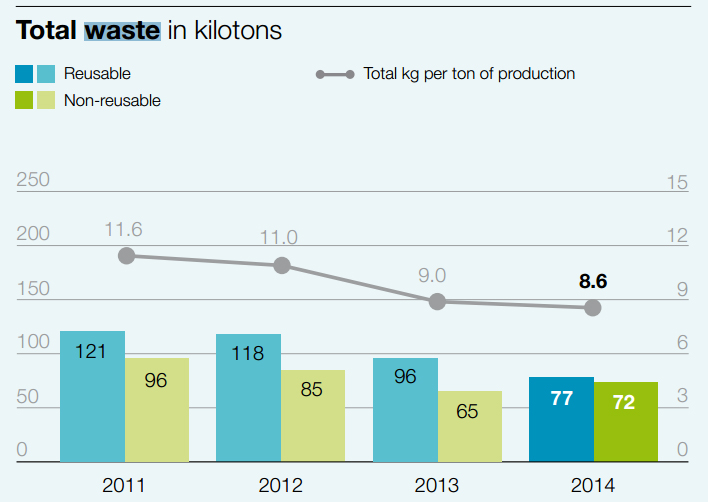 AkzoNobel was recognised by edie at the Sustainability Leaders Awards 2014, for its comprehensive environmental reporting. Judges praised the digital accessibility of the report - the 2014 version can be downloaded as an app - as well as its sincerity.

"As I read my way through the report, I became more and more impressed that this company means it,” one judge commented. View the full report here.