The 2015 budget must be the first truly green budget if the UK is to transition towards a sustainable low-carbon economy, says a new report from WWF-UK.

Current Budget processes and economic policies do not adequately take account of the growing risks and costs of climate change, says WWF

The environmental charity released a report on Tuesday highlighting five areas of policy action that George Osborne must prioritise in his final budget, due on 18 March. Current Budget processes and economic policies do not adequately take account of the growing risks and costs of climate change, the report says.

Instead, Osborne must promote sustainability in the financial system by requiring mandatory sustainability reporting and ensure that Government expenditure promotes sustainability - by ending fossil fuel subsidies, among other things.

Other suggestions within the report include giving the Green Investment Bank more scope by allowing it to borrow from the private sector and establishing a Green ISA, with the money being used to fund green infrastructure. Implementing these measures would help the Treasury to fulfil its dual roles of managing the finances of the Exchequer and securing economic prosperity, it said.

As an example, UK businesses could save £23bn in the space of one year through no-cost or low-cost resource efficiency measures, based on Defra's own estimates. Other evidence suggests that, over longer time frames, improving the UK's resource efficiency could generate 500,000 new jobs by 2030.

WWF-UK chief executive David Nussbaum said: "The UK is missing out on opportunities: WWF's report shows that we could improve the resilience of our economy, build new markets and create many new jobs if we embrace a sustainable approach to our economy.

"We have a huge opportunity to change direction and reap the rewards. The Budget can work harder to drive the transition to a sustainable economy - investing in the natural asset base on which the economy and businesses depend, and providing greater stimulus to new and emerging sectors that will be vital engines of clean, hi-tech, sustainable growth in the future.

Benefits of a green budget: 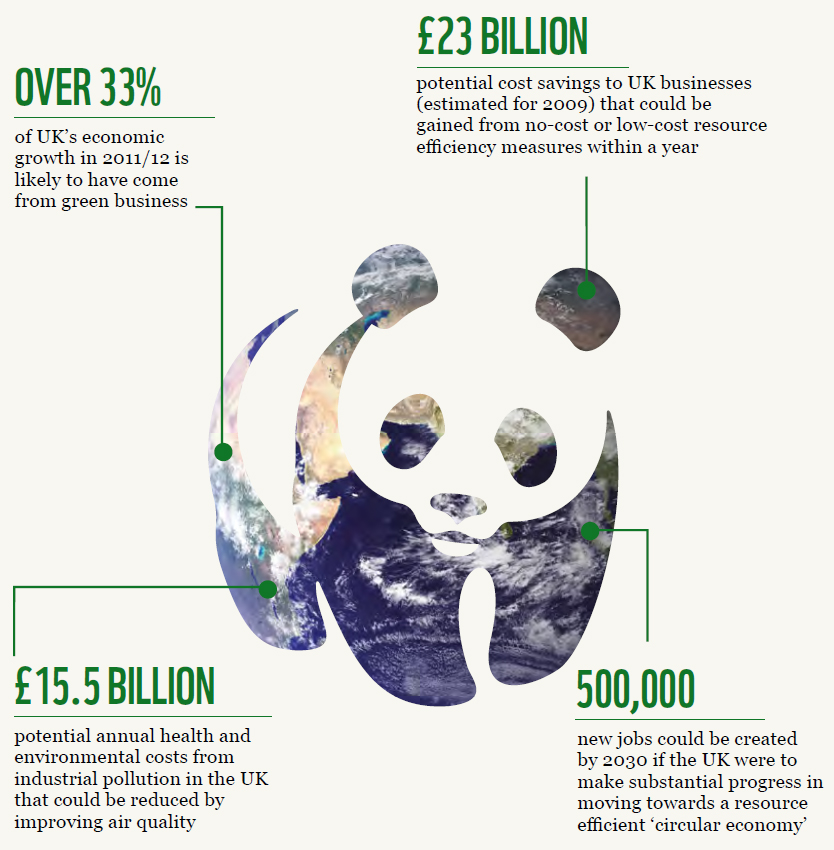 The 2015 budget will be on of the last major actions of the coalition Government before the General Election on 7 May.