A change of bulbs in 20,000 streetlamps in Bristol has seen the council save £1m a year on energy bills, reducing C02 emissions by 4,000 tonnes in the process.

During the initial upgrade, annual savings reached £500,000, but since the completion of the project the council estimates savings of £1m a year

The second phase of a major street lighting upgrade has seen a further 12,000 lamps fitted with energy efficient bulbs from GE Lighting, who had already installed 8,000 during phase one. The economic savings that these bulbs bring has seen the Council’s investment returned a full year earlier than expected.

Bristol City Council’s principal lighting officer Robbie Park said: “These are fantastic results that have had a major impact on our annual lighting bill and go a long way towards helping us reach our carbon reduction targets – which is good news for the council, the residents of Bristol and the environment as a whole.

"As well as the financial and carbon savings, the upgraded white light has improved visibility on our night time streets, making pedestrians and drivers feel more secure.”

Bristol’s streetlights were previously installed with high-pressure sodium lamps, but have since been changed to more energy efficient CMH ‘StreetWise’ metal halide lamps, which reduces the attempted energy consumption of the lamp towards the bulb's end-of-life phase.

Installed alongside dimmable ballasts, the council has the flexibility to lower the light expenditure and dim the lights when needed. 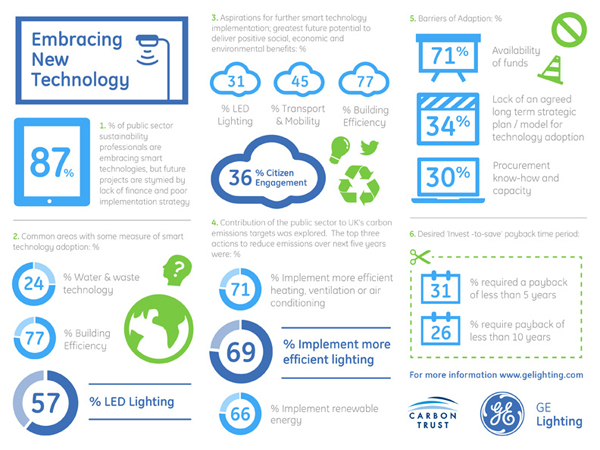 During the initial upgrade, annual savings reached £500,000, but since the completion of the project the council estimates savings of £1m a year as well as reduced yearly carbon emissions by £4,000 tonnes.

The city has over 9,000 people employed in its low carbon economy, one of the lowest carbon emissions of the major UK cities and around 50,000 residents already involved in green activities.

The reduction in emissions creates a significant step in Bristol’s efforts to becoming a ‘fully committed city’ under the Compact of Mayor’s guideline.

Earlier this year, Southend-on-Sea Borough Council became the first local authority in England to secure finance from the UK Green Investment Bank (GIB) to replace 18,000 bulbs with LED lights. The move is expected to save around £25m over 25 years.

LED lighting is also picking up traction in India, after the government announced a programme that would save £580m by installing 20 million LED streetlights in Delhi.