Carbon pricing and 'the climate point of no return': What's happened at COP25 so far?

Monday (2 December) marked the start of COP25 - the UN's annual two-week-long climate summit - in Madrid. Here, edie rounds up all the key news and views from the first day of the event.

The summit will run until 13 December, with edie bringing you all the latest news and views from Madrid on a regular basis

For most, December 2019 will be a time for putting up Christmas decorations, planning what to wear to the office party and consuming as many mince pies as possible.

But for those within the sustainability, energy and climate spheres, it’s also time for new scientific publications, new corporate announcements and perhaps even some new national and international policies, as the UN’s Conference of the Parties (COP) meets for its 26th iteration in Madrid.

Day 18. We’re speeding towards Europe! Estimated time of arrival right now is Tuesday morning. We’ll be arriving at Doca de Alcantara, Lisbon. We are all looking forward to see you there! @Sailing_LaVaga@elayna__c @_NikkiHenderson pic.twitter.com/PlOxgUeETx

The event, due to run until 13 December, builds on more than a year of political unrest surrounding the ratification of the Paris Agreement and how nations can limit global warming to 1.5C. It is due to receive more than 29,000 visitors.

Having had more than a year to consider the implications of the IPCC’s landmark report on warming of “C and 1.5C, nations and businesses alike are being urged to use the summit as a platform to set more ambitious climate targets. This call to action has only intensified in recent days, after the UN published its ‘emissions gap’ report – a document which re-iterates research suggesting that the world will be on track for an estimated 3.4C temperature rise if national Paris Agreement contributions remain unchanged.

With this in mind, this article rounds up all the key news and views from day one of COP25.

Guterres begins summit with rousing ‘point of no return’ speech

To address the climate emergency, we need a rapid & deep change in how we do business, how we generate power, how we build cities, how we move and how we feed the world.

If we don’t urgently change our way of life, we jeopardize life itself. #COP25 pic.twitter.com/S5eRCCXoEa

As usual, the summit was kick-started by the UN’s secretary-general António Guterres, who took to the stage to warn delegates that "the point of no return is no longer over the horizon".

"In the crucial 12 months ahead, it is essential that we secure more ambitious national commitments - particularly from the main emitters - to immediately start reducing greenhouse gas emissions at a pace consistent to reaching carbon neutrality by 2050,” Guterres said.

"We simply have to stop digging and drilling and take advantage of the vast possibilities offered by renewable energy and nature-based solutions.”

Guterres added that, in order to reach the Paris Agreement’s 1.5C trajectory, global decarbonisation rates need to reach 7.6% year-on-year by the mid-2020s.

“It is imperative that Governments not only honour their national contributions under the Paris Agreement; they need to substantially increase their ambition,” he concluded.

Oxfam and Save the Children publish harrowing new research

Both Oxfam and Save the Children marked the first day of COP25 by publishing their latest reports into the social consequences of climate-related impacts.

Oxfam’s report reveals that more than 20 million people are displaced each year by extreme weather events such as wildfires, flooding and cyclones – the equivalent of one person every two seconds. Over the past decade, eight in ten of those affected were living in Asia, mainly in low and middle-income nations.

The charity will use its platform at COP to urge the UN to create a ‘Loss and Damage’ fund, which should be used to help communities in low-income areas recover from extreme weather events.

"Climate change is forcing people around the globe - hungry farmers in Guatemala, pastoralists in Ethiopia and those hit by cyclones in Asia or Southern Africa - to abandon their homes and face up to an uncertain future,” Oxfam GB’s chief executive Danny Sriskandarajah said. "Governments can and must make Madrid matter.”

Save the Children, meanwhile, has highlighted the impacts of climate change on food systems. Its latest report reveals that 33 million people globally are at “emergency” levels of food insecurity due to extreme weather events, with most of those affected based in Africa.

As the UN Climate Summit #COP25 open in Madrid today, we reveal climate fueled disasters are the number one driver of internal displacement globally, forcing more than 20 million people a year from their homes: https://t.co/rU90Oj08Pd #ClimateCrisis pic.twitter.com/OxVCjLpoma

US Government sends Pelosi, not Trump

After he formally began the process to withdraw the US from the Paris Agreement last month, most were not expecting President Donald Trump to attend COP25 himself.

And they were right. The White House instead opted to send Speaker Nancy Pelosi, who has been using the hashtag #TimeForAction to document her visit.

Responding to the White House’s decision on this matter, delegates from the US have broadly dubbed Pelosi’s appearance a tokenistic gesture.

Our delegation was honored to meet with @EP_President David Sassoli at #COP25 to discuss EU-wide climate efforts #TimeForAction pic.twitter.com/2xiWOZq24G

"While it's great Speaker Pelosi is coming to Madrid in place of Trump, symbolic gestures are no substitute for bold action," said Jean Su from the US Center for Biological Diversity.

"America remains the number one historic contributor to the climate emergency, and even Democratic politicians have never committed to taking responsibility for our fair share."

In related news, the group behind the Global Climate Strike have commissioned an anonymous group of creatives to develop a website that tweets at Trump with one of 15 pro-environment messages whenever users sign in. Each of the messages has been created by mashing up voice recordings of Trump’s speeches.The tool is called Trump Only Listens to Trump.

US-based CEOs and unions say: “We Are Still In”

Since the Trump Administration first signalled its intent to withdraw from the Paris Agreement, cities, states and businesses have publicly committed to ignore the move and remain committed to either a 1.5C or 2C in their numbers through We Mean Business’s ‘We Are Still In’ declaration.

These efforts have now been bolstered by a similar commitment from members of the AFL-CIO – the US’s national union representing more than 12.5 million employees across 10 sectors.

The AFL-CIO has published an open letter stating that its members “stand by [their conviction that a commitment to the Paris Agreement requires a just transition of the workforce – one that respects labour rights and is achieved through dialogue with workers and their unions”.

Membership to the initiative now stands at 216 corporates, with the average deadline for sourcing 100% renewable electricity among this cohort being 2028.

RE100’s members now leverage a combined annual revenue of $5.4trn and are on track to have collectively procured 228TWh of clean power by the end of 2019. In context, this is around the same amount of energy used across South Africa on an annual basis.

Epson takes to the stage 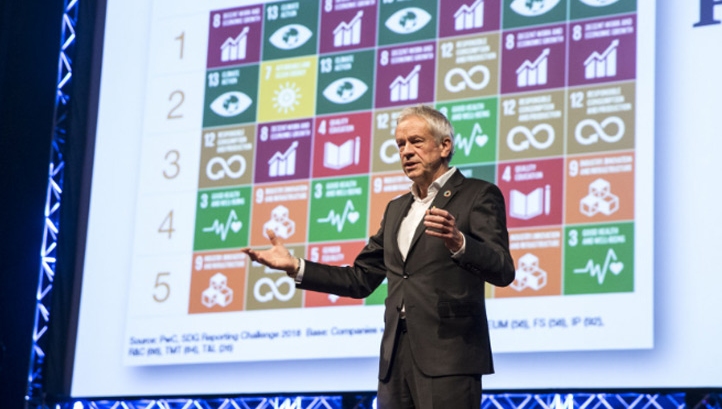 Among the businesses represented at COP25 is Japanese printing giant Epson, which used its platform to call on other corporates to set emissions targets in line with the Science-Based Targets Initiative’s (SBTi) guidelines. Epson is striving to reduce its Scope 1 (direct) and Scope 2 (power-related) emissions by 19% by 2025, against a 2019 baseline.

“It is no longer responsible or acceptable to wait and see or treat climate change as a normal issue,” said Epson Europe’s CSR director Henning Ohlsson, speaking alongside Epson’s global president Minoru Usui.

“We all must commit, encourage others, friends and families; lead change by example and drive climate action. In business as well as in private life.” 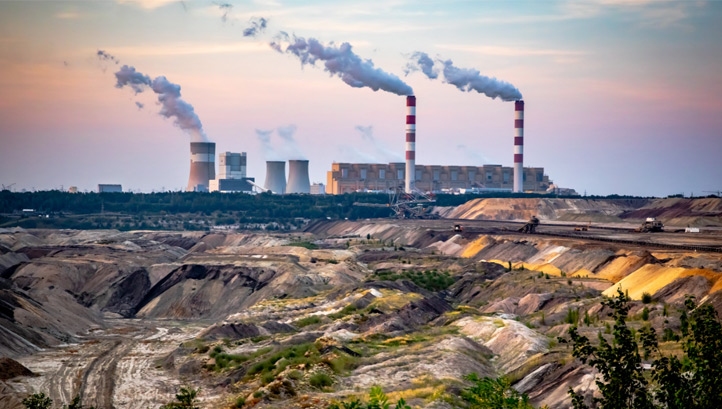 A new report from Unfriend Coal today found that the number of insurance firms withdrawing cover for coal companies and assets has more than doubled between 2018 and 2019. It tells of how 17 of the world’s biggest insurers have now published coal exit policies – up from eight in December 2018 – and how $8.9trn (£6.9trn) has been divested from the coal sector to date.

Building on this momentum, the UN has said it will use COP25 to call on nations to set higher carbon prices and to end subsidies for fossil fuels. The body is also calling on world leaders to halt the construction of new coal-fired power generating assets by the end of 2020.

In its briefing on the topic, the UN cites the UK as a best-practice example when it comes to coal phase-outs. The UK Government has committed to ending domestic coal-fired power generation by 2025 and is a member of the “Powering Past Coal” Alliance of businesses, regions and nations all working to cut global coal use. The Alliance will this week welcome Germany and Slovakia to its cohort.