Report: 40% of energy sector workers got a pay rise this year, with skills shortage pushing salaries up

A global survey of 10,000 workers in the energy sector has revealed that four in ten received a pay rise within the past 12 months, largely because their skills are becoming more sought-after amid the net-zero transition. 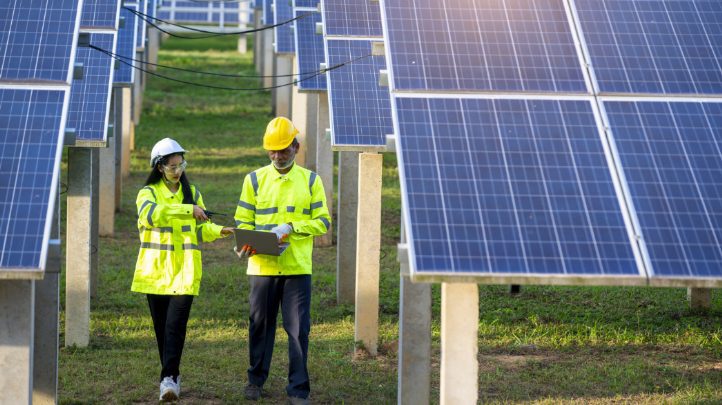 The survey revealed that many workers – 40% – are receiving a post-lockdown salary increase, which is a rate far higher than the overall global rate. Just 11% of those polled said they had to take a pay cut within the past 12 months.

Looking forward to the coming 12 months, almost two-thirds (61%) of those surveyed believe they will receive a pay rise.

The researchers have attributed this trend to the ongoing and growing skills shortage in the sector. With demand for technical skills including engineering qualifications and experience outstripping supply, worker costs have increased. Indeed, LinkedIn’s recent Global Green Skills report revealed that while job postings requiring green skills grew at roughly 8% annually since 2015, the share of green talent grew at roughly 6% annually in the same period.

Nonetheless, the survey did reveal some other major challenges facing workers. Workers told the researchers that, in most cases, they believe hiring managers are more likely to bring in external talent when they need more technical skills within their teams, than they are to upskill existing staff. The surveys of hiring managers found this to be true.

When asked what would make them consider leaving their role, the most commonly cited factor by workers was a lack of opportunities for career progression.

Worryingly, this was more pronounced in the renewables space than in the other sectors assessed (oil and gas, nuclear, power and petrochemicals). Around three-quarters (77%) of renewables professionals said they would consider moving to another industry within three years. Technology was the most popular sector for a potential move, followed by oil and gas.

“Renewables firms are mostly competing for technical skills within their own sector rather than growing in-house talent or recruiting outside,” said Airswift’s chief executive Janette Marx.

“With career progression and innovation, the main drivers for career changers, companies could attract talent from other industries by offering fast-tracked promotions and the chance to drive renewable innovations such as floating wind platforms. Renewables firms could also offer more international transfer opportunities and project-based work to attract a globally mobile workforce willing to relocate for career progression.”

Other common reasons for workers considering a change in role are the desire for a different lifestyle and the wish to move abroad, to somewhere with a lower cost of living. 86% of those surveyed would be willing to relocate for work in the near future.

Employers’ company culture is also a big driver; 61% of respondents said they look at the ESG performance of a company as a “major factor” when choosing a future employer. Only 55% of those surveyed believe their current employer’s ESG policy is “sufficiently robust”.

The GETI is also a handy tool for collecting demographic-related information about each of the five energy-related sectors covered.

It reveals that progress towards gender balance has been weak across the board. In the renewable energy space specifically, just 20% of the survey respondents were women.

The sub-sector with the best gender parity was nuclear, with 23% of survey respondents being women.

“As with the energy transition, the fact that diversity, equity and inclusion crops up as both a challenge and an opportunity shows its importance to the sector,” said Marx.

“The nuclear sector is incredibly stable, but could also be seen as less dynamic than other energy sectors. That can be improved with fresh talent with new perspectives. There are some quick wins for better gender diversity by implementing more family-friendly work policies, but companies will have to think hard about how to improve on a variety of DE&I measures.”

Readers interested in learning more about gender equality in the renewable energy sector are invited to stream edie’s recent podcast episode on the topic, which was originally published to mark International Women’s Day 2022. Tune in here to hear from Cordi O’Hara, Juliet Davenport and Kristina Rabecaite.