The facts and figures: The global state of plastics production and pollution

The OECD has launched a global stocktake of plastic production and pollution, warning that the growth of the plastics market has outpaced economic growth by almost 40%. Here, edie summarises the key findings from the report. 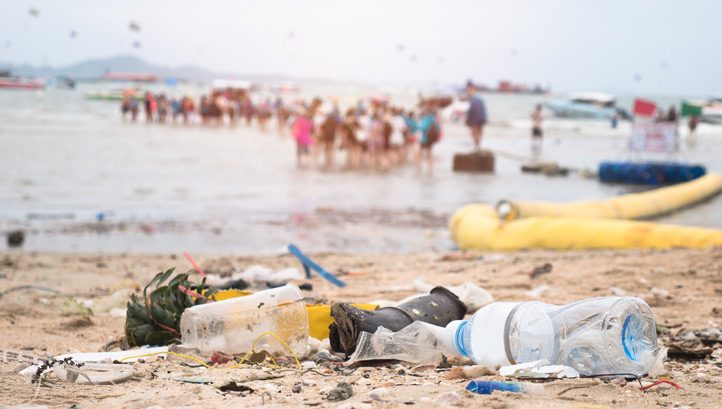 The OECD has this morning published a major new report on the production, use and disposal of plastics globally. The report, entitled “The Global Plastics Outlook”, uses global, country and sector-level data to show how plastic production, use and waste has grown in recent decades.

The headline finding from the report is that population growth, coupled with higher disposable income, has led to plastics production doubling in volume between 2000 and 2019 to 460 million tonnes (Mt). In this same period, the growth of plastics volumes outpaced economic growth by almost 40%, according to the report.

The OECD’s secretary-general Mathias Cormann believes that the report can help inform nations to set new policies to combat a rise in plastics pollution.

“The OECD stands ready to assist governments in making this transition by designing, developing and delivering better policies to eliminate the negative environmental impacts of plastics production and ultimately achieve plastics-free oceans and rivers for future generations,” Cormann said.

“As the challenges associated with plastics production, namely growing leakage and greenhouse gas emissions, are transboundary in nature, it will also be crucial that countries respond to the challenge with coordinated and global solutions.”

The dramatic rise in production over a near-two-decade period has also impacted the amount of plastic pollution seeping into the natural environment. Here, edie pulls out all the key stats from the Global Plastics Outlook report.

Only 9% of plastics are recycled

The current plastics lifecycle is far from circular. Globally, the annual production of plastics has doubled, soaring from 234Mt in 2000 to 460 Mt in 2019.

The report also notes that the volume of plastic waste has more than doubled in that timeframe, from 156 Mt in 2000 to 353 Mt in 2019. Still, just 9% of all plastic waste is recycled, with 19% incinerated and almost 50% sent to landfills. The remaining 22% was disposed of in “uncontrolled dumpsites, burned in open pits or leaked into the environment”.

Plastics are still leaking into the oceans

At the start of the year, it was revealed that more than 200 companies have stopped more than two billion plastic bottles from entering the world’s oceans, through the Plastic Bank initiative.

Despite this success story, the OECD’s report paints a sobering picture, warning that In 2019 alone, 22 Mt of plastic materials leaked into the environment. Of this sum, 6.1Mt of plastic waste was leaked into rivers, lakes and oceans.

“The build-up of plastics in rivers implies that leakage into the ocean will continue for decades to come even if mismanaged plastic waste was significantly reduced,” the report adds.

The report found that macroplastics account for 88% of plastic leakage, of which most comes from “inadequate” collection and disposal. The remaining 12% accounts for microplastics, polymers with a diameter smaller than 5mm.

Separate research has warned that the amount of plastic pollution entering the oceans could increase to 29MT, increasing the total stock of plastic in the ocean to 600 million tonnes.

Covid-19 led to a decline in plastic production

The report found that 2020 marked one of the few years where plastic usage actually fell – down by 2.2% from 2019 levels. However, the lockdown did lid to a sharp increase in the use of single-use protective personal equipment that has “exacerbated” plastic litter, the OECD notes.

The report also warns that as the global economy rebounds, so too will plastic usage.

Most plastics have a short lifespan

Many businesses have stated claims to embrace the circular economy through plastic usage, namely by improving the collection and recyclability of the material. Indeed, the OECD report notes that the global production of secondary plastics from recycling has more than quadrupled in the last two decades. However, they still account for only 6% of the total feedstock.

One major issue still facing plastics is their relatively short lifespan. The report notes that almost two-thirds of all plastic waste comes from applications with lifespans of less than five years.

This includes packaging, which accounts for 40% of this total, consumer products (12%) and textiles (11%).

Textiles face specific circularity issues. Industries that depend on textiles, like fashion and homewares, have been accelerating production and scaling up hard-to-recycle material blends at rates that have outpaced the development of reuse systems and recycling technologies. According to the Ellen MacArthur Foundation, only 1% of textiles produced each year for fashion are successfully recycled in true ‘closed loop’ fashion. 73%, meanwhile, is burned or landfilled.

The carbon impacts of plastics are considerable

Much of the focus of the last two years has been on efforts to reach net-zero. The lockdowns enforced as part of a response to the coronavirus pandemic have also seen plastics fall down the corporate and societal agendas.

The OECD notes that plastics “have a significant carbon footprint”, contributing to 3.4% of global emissions across their lifecycle. In 2019, plastics generated 1.8 Gigatonnes (Gt) of greenhouse gas emissions, with 90% coming from their production and conversion from fossil fuels.

There are also other societal impacts to consider

Separate research from WWF found that the societal cost of plastic produced in 2040 could hit $7.1trn unless urgent action is taken. The research estimates that, if we carry on at the current trajectory, plastic production will double by 2040.

This will triple the amount of plastic pollution entering the ocean to 29 million tonnes, increasing the total stock of plastic in the ocean to 600 million tonnes. Greenhouse gas (GHG) emissions from the plastic lifecycle will account for up to 20% of the entire global carbon budget, accelerating the climate crisis.

Policies can change the state of play

The OECD report does outline some recommendations to improve the recyclability and collection of plastics.

Firstly, it recommends creating incentives for recycling, such as extended producer responsibility schemes, landfill taxes and incineration taxes, as well as deposit return systems that have already proved successful for some nations. A deposit return scheme for certain types of packaging is expected to be introduced in the UK by 2024.

The report also claims that plastics taxes and recycled content targets can help improve circularity, especially by extending them across more product types and countries.

The report arrives as more than 70 businesses, including some of the world’s biggest plastic polluters, have called for the UN to implement a global pact that includes reductions in plastic pollution as well as increased recycling.

The businesses, including Coca-Cola, PepsiCo, Unilever and Nestle, signed an open letter recommending a “plastic treaty”. The call to action comes ahead of the UN’s Environment Assembly conference, which is taking place in Nairobi from 28 February.

Signatories to the joint statement are recommending that the UN implements a legally binding treaty which, as well as improving downstream solutions for tackling plastic solutions, including recycling, would also set targets for reducing plastic production in the first instance.