Energy giant Total has acquired the largest electric vehicle (EV) charging network in London, after agreeing the acquisition of more than 1,600 on-street charge points from the Bollore Group. 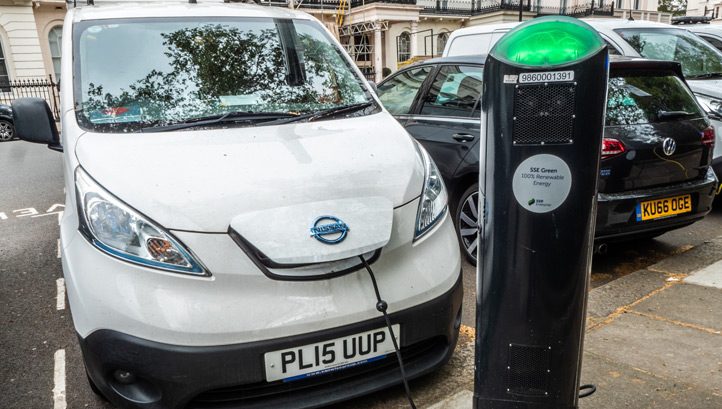 Total is aiming to have more than 150

Total has signed the acquisition of Blue Point London, a network of more than 1,600 charge points for EVs that was originally launched in 2010. The network has been developed in partnership with London Boroughs and accounts for more than half of the operational charge points in the capital city.

The energy company will power the charging network with 100% renewable electricity, which will be supplied by the Total Gas and Power subsidiary.

The London networks add to Total’s existing EV charging operations in Amsterdam and Brussels. Total is aiming to have more than 150,000 EV charge points under its operations by 2025.

“By combining today these existing infrastructures with Total’s know-how in terms of installation, operation and management of public electric vehicle charging networks, we are starting a new phase, supporting the expansion of electric mobility in London,” Total’s president of marketing and services Alexis Vovk said.

“In collaboration with our partners and the local authorities, we will be able to meet both the strong growth in demand for on-street charge points and the needs for new mobility solutions of London users.”

Earlier this year, the UK Government unveiled plans to roll out 6,000 new EV charging points across A-roads and motorways by 2035, in order to spur the adoption of zero-carbon transport.

The Rapid Charging Fund is part of a £500m EV commitment issued by the Government in its most recent Budget announcement. It will facilitate the delivery of 2,500 high-performance charge points across key roads in England by 2030, which will rise to 6,000 charging points by 2035 – the year the Government is aiming to ban the sale of new petrol and diesel vehicles.

The Department for Transport (DfT) currently notes that EV drivers in England have access to around 800 50kW chargers on motorways and A-roads, averaging around two per service station. As such, motorists may have to drive more than 20 miles to access their nearest charging point.

As for London, the city is aiming to increase the number of charge points tenfold within the next five years. This will support a long-term objective from the City of London to be zero carbon by 2050.