UN: 4.2 billion people without sanitation amid coronavirus – and climate change set to worsen the problem

A continuing shortfall in water infrastructure investments from national governments and the private sector has left billions exposed to the Covid 19 pandemic and will make the climate crisis worse in both the short and long-term. 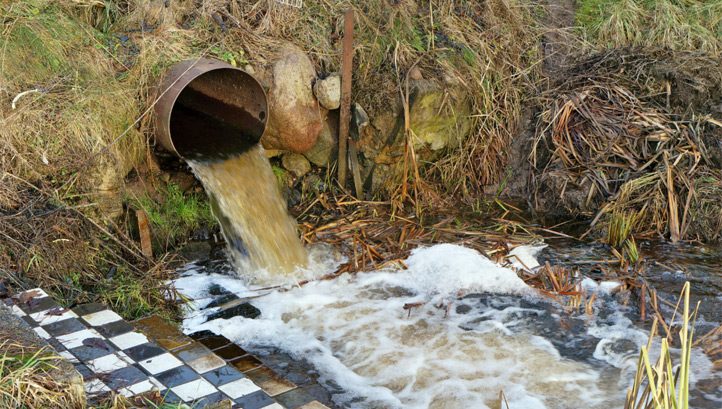 That is the stark warning from the UN, made to coincide with World Water Day on Sunday (22 March).

The day is usually one of the biggest in the sustainability calendar, where businesses unveil new water strategies, charities launch or scale-up communications and fundraising campaigns and policymakers are urged to take a step back and think about water infrastructure.

This year, like much else, the occasion has been overshadowed by the coronavirus outbreak. The UN, however, still launched its annual World Water Development Report, and used key speeches to highlight the connections between water access, health, social sustainability and long-term climate impacts.

According to the report, 2.2 billion people globally are without access to safely managed drinking water, and a further two billion also without access to any sanitation, at a time when we are all being encouraged to wash our hands frequently to prevent the spread of Covid 19.

This poses not only immediate health and social risks to these communities, but places them at greater risk of the worst impacts of climate change, the report states.

“Climate change will affect the availability, quality and quantity of water needed for basic human needs, thus undermining enjoyment of the basic rights to safe drinking water and sanitation for billions of people,” the UN warned.

In order to overcome the present and growing challenge, the UN is calling for a three-pronged approach from nations and corporates: reducing the drivers of climate change in line with the Paris Agreement’s 1.5C trajectory; financing adaptation and improving the resilience of livelihoods.

According to the IPCC, the proportion of the population that will face water stress by 2050 will be 50% lower at 1.5C than 2C. The Committee has repeatedly shown that reaching net-zero emissions globally by 2050 is necessary to achieve a 1.5C world.

As for adaptation and resilience, the UN report reveals that finance and action in these areas has proven slower than in mitigation. It states that more than 93% of global climate financing in 2016 went to mitigation, leaving less than 7% for adaptation. Moreover, of the total figure, less than 1% went directly to water projects.

The report does note that “accessing climate finance can be competitive and difficult, especially for complex water projects that may transcend national boundaries”. However, it ultimately concludes that there are “increasing opportunities to systematically integrate adaptation and mitigation planning into water-related investments, in order to make them more attractive to donors”.

These findings on finance come shortly after WaterAid released data revealing that half of all countries receive less than £4 per person, per year, to spend on climate mitigation and adaptation – most of which goes to mitigation. WaterAid’s data also highlighted specific funding gaps for water-related climate funding in developing nations.

Aside from highlighting the scale of the challenge and making broad recommendations, the UN report sets out specific calls to actions for world leaders, policymakers and businesses.

World leaders and policymakers are urged to embed water considerations into both national and international climate negotiations and policy frameworks, in a way which moves adaptation up the agenda and prioritises poor and other at-risk communities.

“The word ‘water’ rarely appears in international climate agreements, even though it plays a key role in issues such as food security, energy production, economic development and poverty reduction,” UNESCO Director-General Audrey Azoulay said. “This potential of water must be explored, given that our actions to reduce global warming are currently lagging behind our ambitions, despite wide adherence to the Paris Agreement.”

Businesses, meanwhile, are urged to decarbonise in line with 1.5C and invest in natural, technical and technological adaptation and resilience measures across their supply chains.

Without these actions being taken at scale and pace, Azoulay warned, the world will not only fail to deliver Sustainable Development Goal (SDG) 6, Clean Water and Sanitation, but the majority of the SDG framework. This is given the interconnectivity of the Goals and their underlying aims.