A new report released today (22 January) at the World Economic Forum meeting in Davos has outlined the urgent need for nations to "wake up to the potential" of the circular economy in order to push the world towards the Paris Agreement's more ambitious pathway. 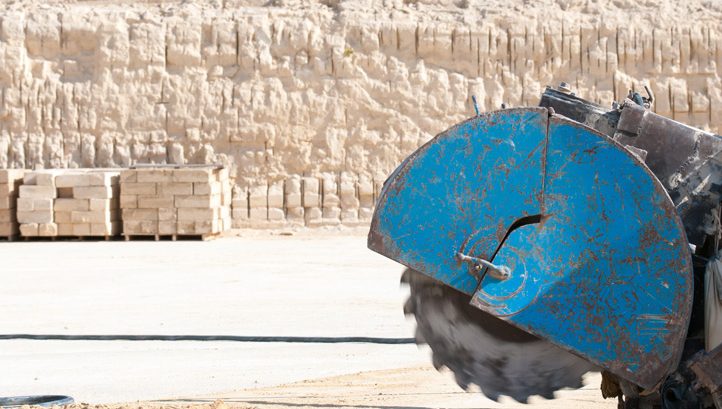 The Circularity Gap Report 2019 has been released today by non-profit Circle Economy, which consists of a member community of businesses including Arup, ING and VF Corp. The report notes that most governments are failing to consider circular economy policies in order to limit global warming to 1.5C.

The report notes that just 9% of the global economy is considered circular, meaning that less than 10% of the 92.8 billion tonnes of material extracted for use is reused annually. With global material use more than tripling since the 1970s – and set to double again by 2050 – Circle Economy is advising governments to rethink approaches to resource use in select sectors.

Circle Economy’s chief executive Harald Friedl said: “A 1.5-degree world can only be a circular world. Recycling, greater resource efficiency and circular business models offer huge scope to reduce emissions. A systemic approach to applying these strategies would tip the balance in the battle against global warming.

“Governments’ climate change strategies have focused on renewable energy, energy efficiency and avoiding deforestation but they have overlooked the vast potential of the circular economy. They should re-engineer supply chains all the way back to the wells, fields, mines and quarries where our resources originate so that we consume fewer raw materials. This will not only reduce emissions but also boost growth by making economies more efficient.”

Circle Economy estimates that 62% of global emissions (excluding those from land use and forestry) are released during the extraction, and manufacturing of goods, with existing policies supporting the take-make-dispose approach to consumption. In fact, Gross World Product has grown from to €14.5trn in 1970 to €60.4trn in 2017, according to the report.

The report calls on governments to abolish financial incentives which encourage overuse of natural resources, raise taxes on emissions, resource extraction and waste production and lower taxes on labour, knowledge and innovation for systems such as recycling and take-back schemes.

The report does praise the Netherlands for setting a target of becoming 50% circular by 2030 and 100% by 2050, but notes that most governments are failing to impose ambitious new policies that promote circularity, curb emissions, reduce social inequality and foster low-carbon growth.

The built environment is one sector that needs to accelerate towards a closed-loop model, according to the report. Circle Economy calculates that 3.7 billion tonnes of greenhouse gases are emitted from the sector every year, with material use set to double in size, from 239 billion to 562 billion tonnes of material, by 2050. In fact, just 12% of material from Europe’s built environment is reused or recycled.

The UK has taken steps in recent times to reduce the emissions intensity of its built environment. The UK Government launched its £420m construction sector deal last year, which provides a framework for the built environment sector to halve the energy use of new buildings by 2030.

Elsewhere, the London Waste and Recycling Board’s (LWARB) circular economy programme, published June 2017, is targeting a £50m investment by 2020 to make the city a place where businesses utilising closed-loop systems can “flourish”. Notably, the roadmap suggests that up to £2.8bn could be unlocked annually if this vision is realised.