Black Friday isn’t dead (yet) – but it is evolving rapidly

As climate change and resource efficiency climb the public agenda, declarations that Black Friday is "dead" are abound. But with shoppers saying they want to spend more than last year and circular business models emerging at a pace, it's probably time for a rebrand rather than a post-mortem, edie's senior reporter Sarah George argues. 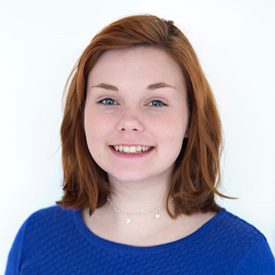 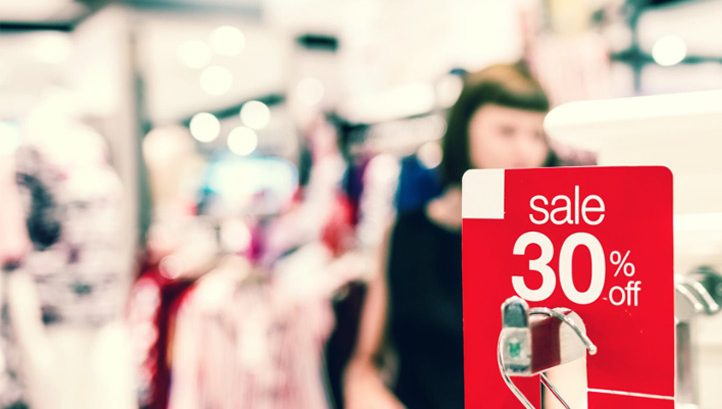 Black Friday – the day which anyone remotely interested in Sustainable Development Goal 12, Responsible Production and Consumption, will be cringing – is upon us once more.

Last year, I wrote a blog on this day discussing how the occasion must be a sustainability professional’s worst nightmare. Originally founded with the aim of giving American workers a day off to spend with their loved ones, Black Friday has become synonymous with stacking goods high and selling them low, throwing CSR and resource efficiency efforts out of the window for a weekend and placing profits over planet and people.

But, crucially, I wanted to highlight the fact that this model was poised to die off, either through resource scarcity or people power. And I was partly right. Amid rapid growth across the resale, rental and repair spaces – largely driven by Millennials and Gen Z’ers – Black Friday spending in the US and UK fell. Although Brits were forecast to spend an average of £234 on Black Friday each in 2018, PwC found that an average of just £202 was realised.

Green isn’t quite the new black

This year, you’d be forgiven for thinking this trend will snowball. #BuyNothingDay and #GreenFriday are trending on Twitter. The growing cohort of retailers offering no additional discounts now includes the likes of Monki, Marks & Spencer (M&S) and Asda.

But all-out avoidance of Black Friday is still the exception, not the norm. On a personal level, only 8% of the public globally are due to purposefully avoid Black Friday shopping this year, according to PwC. On a business level, Amazon, the e-pioneer of the occasion, is still forging ahead with mass discounts and flash sales. Fast fashion giants Missguided, Asos and Pretty Little Thing have site-wide discounts of up to 90%.

These actions stand in stark contrast to images of climate strikers and surveys in which people say they’ll follow Vivienne Westwood’s advice and “buy less, choose well, make it last”. So why is there this disconnect between consumer sentiment and retailer action?

As London College of Fashion’s head of fashion design for sustainability Dilys Williams explained at a Westminster Business Forum event earlier this month: “Legislation supports this approach of taking nature for granted and not valuing it at all in the system. Consumer capitalism takes this as part of its model.

“We do see some really exciting ways in which some [micro and small] businesses are starting to shift fundamental thinking about the goals of their business… but at present, they’re doing it against all odds. And those odds need to change.”

Between last year’s Black Friday and this one, the UK Government threw out every single recommendation made by the Environmental Audit Committee after its ‘Fixing Fashion’ inquiry, including a 1p-per-garment tax to fund recycling infrastructure. Also quashed were calls for tax breaks on repair services, mandatory sustainability targets for fast fashion brands and better textiles education in schools.

Unimpeded by UK policy, Boohoo Group – one of the EAC’s most-criticised businesses – recorded an 83% year-on-year boom in pre-tax profits. Unaided by UK policy, H&M has opted to pilot its first rental service in Stockholm and its first recycling facility in Hong Kong. Fashion giants which are pioneering new business models in the UK are, broadly, in the early stages of the shift.

Aside from fashion, tech is another Black Friday staple. Here, the policy piece is somewhat more progressive.

The EU’s new ‘right to repair’ framework will require manufacturers of ‘white goods’ and other domestic appliances to make products longer-lasting and provide spare parts for 10 years, from 2021. These rules apply not only to EU-based companies, but those wishing to sell into the bloc. The UK’s Resources and Waste Strategy contains similar provisions, albeit that they are more focussed on the end-of-life stage for electronics.

But with more than a year before any of these requirements come into force – and with businesses and the public alike now increasingly aware that 70% of the 44 million+ tonnes of e-waste generated annually isn’t accounted for – companies across the tech value chain are seizing the chance to take the lead.

Mobile operator GiffGaff, for example, is turning Black Friday on its head by giving away free refurbished handsets in exchange for sustainability pledges. Retailer CEX is pushing its second-hand games, gadgets and DVDs. Apple isn’t offering any discounts and is instead highlighting its circular economy initiatives. Currys PC World is promoting its home take-back scheme alongside its discounts.

Rapid policy shifts in this space have doubtless helped companies maintain or even showcase a triple-bottom-line approach on Black Friday.

But if there’s any entity that moves faster than governments and corporates alike, it’s communities. From humble beginnings in 2009, Repair Cafés have exploded into a 1,500-location global phenomenon. Fashion Revolution’s online #WhoMadeMyClothes community has surpassed more than three million interactions.

Smart businesses are already getting ahead of this community-led desire for experiences and connections – not products. All of Allbirds’ and Raebern’s stores aren’t selling anything on Black Friday; the brands are offering interactive events instead.

If your business hasn’t yet got the support from policymakers or the board that it needs to invest in full-scale, year-round repair, take-back or rental, services, surely Black Friday 2020 wouldn’t be a bad place to start.  I would bet that most Millennials – who, by 2025, will account for 75% of the UK’s working population – will thank you. This generation wants to buy from companies which have purpose beyond products. Even the older generation wants something different from busiess.

What better way to show you’re taking notice than by turning a day associated with mindless overconsumption into one of charitable giving, community outreach or environmental education? What better way of making sustainability accessible to those who can’t afford Teslas or made-to-order clothing – or sometimes, their rent?

The ball is in your court. Unless you make the right shot, your social licence to operate will probably run out before the Earth’s resources do.