Unilever, Procter & Gamble (P&G) and PepsiCo are among the 24 corporate co-founders of a new 'waste-free' retail platform, whereby businesses will provide product refills while retaining ownership of their reusable packaging. 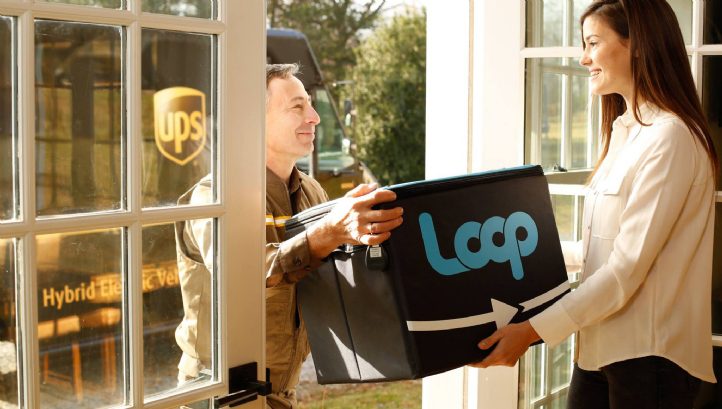 The platform, called Loop and founded by recycling firm TerraCycle, will enable shoppers to purchase refillable versions of food and drink, health and beauty and cleaning products, as well as office supplies, online.

Once they have used the products, TerraCycle will collect the empty packaging from their homes for cleaning and refilling, with any damaged or end-of-life packaging sent for recycling. Transport will be undertaken by UPS’s fleet of low-carbon shipping vehicles, while waste management firm SUEZ will recycle any packaging waste.

The Loop-certified items will be available to customers for the first time when the scheme is made live in Paris and New York City in March, with TerraCycle set to roll the concept out to an undisclosed number of additional cities by the end of 2020.

The recycling firm confirmed at the World Economic Forum in Davos today (24 January) that Tesco will pilot the UK scheme before the end of 2019. The supermarket is yet to reveal which products it will include in its refillable offering.

Speaking exclusively to edie ahead of the unveiling of Loop, TerraCycle chief executive Tom Szaky said he hoped the platform would help make reuse the most “viable and desirable” option for consumers who typically buy products in single-use packaging.

“The root cause of waste is not any one material like paper or plastic, it’s the concept of single-use, which has created a culture of disposability,” he said. “From the 1950s, disposability began to win customers over very quickly, because it brings unparalleled convenience and affordability – factors which are more important to the average person than the waste crisis.

“But by designing ever-cheaper packaging and selling it to the customer as part of their product, companies are losing money and resources while consumers are losing trust. Refill is therefore having a little bit of a resurgence at the moment, but it hasn’t yet hit the mainstream nerve. We want major retailers, brands and the general public to embrace this model.”

The launch of Loop comes at a time when the plastics recycling industry is facing scrutiny from consumers and policymakers, largely due to China’s announcement last January that it would stop accepting 24 types of plastic waste imports. Countries such as Malaysia, Vietnam and Poland were initially touted as alternatives, but have since implemented import restrictions, exacerbating backlash.

At the same time, the UK’s plastic recycling industry is estimated to be costing local authorities £500,000 per year and is now facing an investigation into suspected widespread abuse and fraud within the export system.

These events, compounded by research suggesting that only 9% of all plastic ever made has been recycled, have led several sustainability professionals and green campaign groups to tout reuse and refill as the only viable solution to the world’s plastic pollution problem. They include A Plastic Planet co-founder Sian Sutherland and Reboot Innovation’s director Chris Sherwin.

Despite the majority of TerraCycle’s consumer-facing schemes rely on recycling, Szaky told edie that he also sees recycling as “just one piece of the circular puzzle”. Such schemes include its UK-wide crisp packet recycling scheme, operated in partnership with Pepsico subsidiary Walkers.

“The model we are really known for is asking whether a certain object is recyclable and, if the answer is ‘no’, establishing national schemes to collect and recycle that waste stream,” he explained.

“This echoes a lot of the commitments businesses are making around resources, particularly in partnership with the Ellen MacArthur Foundation or WRAP. But in several discussions with our corporate partners, we have been asked whether this approach is enough – whether it will truly be the solution to waste.

“Recycling and using recycled material are critically important, but are, unfortunately, not the solution to the idea of waste at the root cause. It’s one thing to dig out the plastic from the ocean, but another to stop it from going into nature to begin with – you need to do both.”