Environment Agency chair Emma Howard-Boyd has implored businesses to take heed of the messages on climate adaptation and resilience from the recent major climate report, arguing that "we cannot rely on public interventions alone". 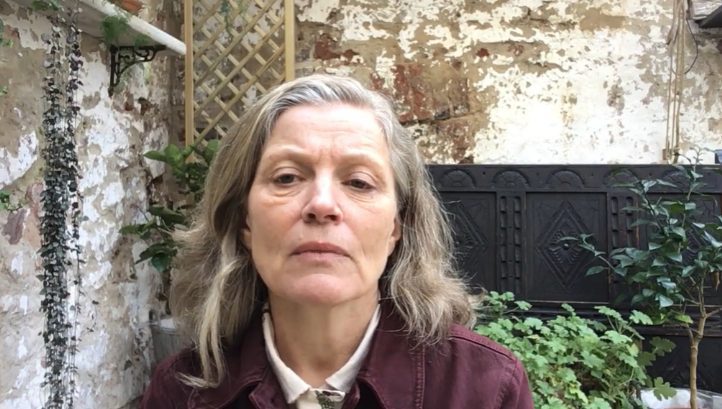 The call to action was the core part of her keynote speech to delegates at edie’s Sustainability Leaders Forum, pre-recorded ahead of the first day of the conference (8 March).

Taking to the virtual stage, Howard-Boyd, who has served as the Agency’s chair since 2016, said: “COP26 left no doubt about the scale of action needed to tackle climate change. With $130trn of private capital committed to hitting net-zero emissions targets by 2050, there’s a lot of opportunity for well-regulated businesses to play for.

“But, of course, despite gains, the climate emergency continues to escalate. Last week, the Intergovernmental Panel on Climate Change (IPCC) said the world faces unavoidable, multiple climate hazards over the next two decades.”

Howard-Boyd is referring, here, to the Sixth Assessment Report from the IPCC’s Working Group 2, published last Monday (28 February). That report was described as the panel’s “bleakest warning yet” on the economic, environmental and social risks that are likely to crystallise in the coming decades in a warming world.

The report was scathing in its description of a world where warming exceeds the 1.5C pathway set in the Paris Agreement – even temporarily. In this case, there will be “additional, severe impacts” on people and nature in all geographies, with some of the physical changes being “irreversible”.

Howard-Boyd explained that she sees a “glimmer of hope” in the report, in that it confirmed that there is still time to accelerate action on emissions mitigation and climate adaptation in tandem. Indeed, adaptation was the key takeaway from the report for many thought-leaders in the sustainability space.

Commenting on how she would like businesses to respond to the report, Howard-Boyd said: “Every business should be incorporating climate resilience into every one of their decisions from now on.

“Often, we hear that the biggest blocker for businesses taking action on environmental issues is that clients are more likely to prioritise cost savings. But no one wants to live in an energy-efficient house that can be washed away in a flood. No one can deliver products to homes on roads that have subsided. And no one can work in an office with no power.”

“Climate impacts [don’t] only happen in the global south. They are here, they are now, and they are getting worse,” she added, referencing the fact that the UK last month witnessed three storms in one week (Dudley, Eunice and Franklin) for the first time on record.

Howard-Boyd continued: “It’s a case of adapt or die. We are preparing for this, and we have good foundations… But, as the climate crisis escalates, we cannot rely on public interventions alone to manage threats. And we certainly cannot allow the natural environment to carry the risk. If COP26 is to go down as a success in the history books,  it must mark the point when the super-tanker of global finance began to turn in to the climate emergency and set its course towards climate prosperity.”

For Howard-Boyd, one of the major reasons that “worryingly few investors are considering the physical risks of climate change” is that work is still underway to quantify this risk in financial terms.

There have been attempts; WWF has put the figure at $8trn by 2050 – but this is only attributable to nature loss and not to an increase in the global temperature. The WEF has estimated that, in a worst-case scenario for nature, it could be up to half of global GDP, a proportion currently equivalent to $44trn.

More studies like these are underway at present. Also, the forthcoming mandate for risk disclosures in line with the Task Force on Climate-Related Disclosures’ (TCFD) framework will only improve the scale and quality of information available.

But Howard-Boyd believes the Government should commission a review – similar to the Dasgupta Review into the value of nature – into the true value of investment in climate adaptation. This will be value not only in terms of money saved, but benefits to society and the economy.

“This will help identify key sectors, assess the best balance of public and private sectors’ investment, and identify the best role of public action to support private investment,” she argued. She noted that, while some parts of the private sector are beginning to show leadership on adaptation and resilience – like members of the Race to Resilience initiative or the Coalition for Climate-Resilient Investment – this is still the exception rather than the rule.

As well as commissioning a review, Howard-Boyd believes the public sector must lead by example. For instance, the new National Infrastructure Bank (NIB) is required to “systematically” incorporate climate risk into its decision-making. Part of this approach is requiring all large infrastructure projects to have a ‘nature-positive’ impact.

Without this systematic approach, it’s clear that public and private finance is continuing to support activities that hurt nature and contribute to the climate crisis. On the public side, projects being hauled over the metaphorical coals include the £27bn road investment strategy and the HS2 rail link. On the private side, a recent analysis from Global Canopy found that two-thirds of the world’s largest banks don’t have policies in place to prevent the companies they invest in from driving deforestation.

As the IPCC report made clear, there is time to change that trend – but time is not, ultimately, on our side.

edie’s biggest event of the year is back as a live, in-person event for 2022.

The Sustainability Leaders Forum will take place on 8 and 9 March 2022, and will unite hundreds of professionals for inspiring keynotes, dynamic panel discussions, interactive workshops and facilitated networking. There will also be digital tickets.

Click here for full information and to book your pass. The pass will be for Day Two – 9 March – only, at this stage.