More than half (51%) of the UK’s branded packaging litter can be traced back to just ten companies, with Coca-Cola, PepsiCo and Heineken among the worst offenders. 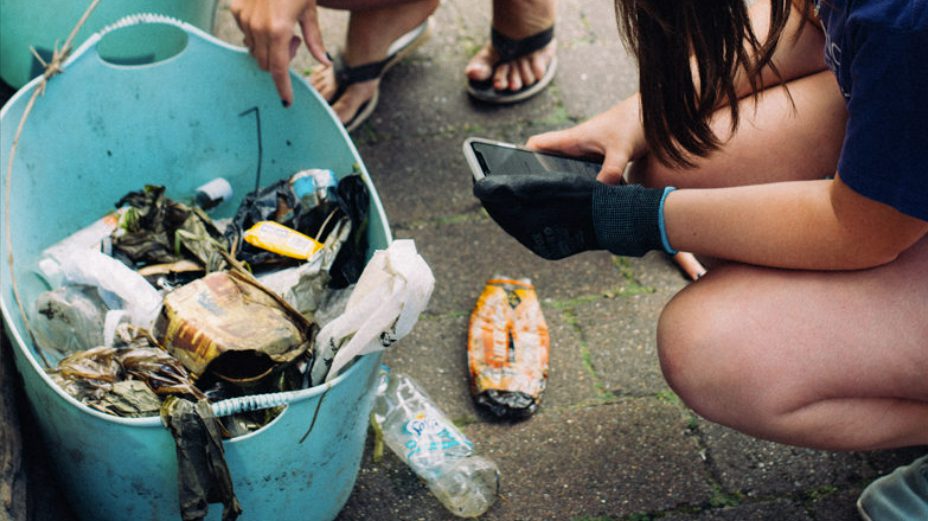 That is according to new research published today (6 May) by community interest company Planet Patrol. The organisation’s latest Litter Report details the results of litter picking across the UK, covering more than 85,000 pieces of litter on land, at coastlines and in waterways. The litter picks took place across 2021.

One-third of all of the pieces of litter collected were attributable to the beverage industry, with volunteers picking up tens of thousands of plastic bottles, cans, coffee cups, plastic lids and plastic straws. Six of the brands named as top-ten offenders in terms of the proportion of litter attributable to them were beverage brands – namely Coca-Cola, Red Bull, Lucozade, Stella Artois, Budweiser and Strongbow.

Not all pieces of litter collected could be identified with a brand – plastic fragments, often without labels, were the most common type of litter collected during the litter picks. However, of the brand-identifiable items, The Coca-Cola Company was found to be the worst offender. Its brands accounted for 5.5% of all brand-identifiable litter. Aside from its namesake, The Coca-Cola Company also sells brands including SmartWater, Fanta, Dr Pepper, Sprite, Lilt and Oasis in the UK. It is also Costa Coffee’s parent company. The company recently committed to ensuring that 25% of products are housed in refillable packaging by 2025 in a bid to reduce litter.

The other companies named in the Planet Patrol report as those producing packaging which is most frequently littered are McDonald’s UK, Cadbury, Red Bull, Walkers, Lucozade, Stella Artois, Tesco, Budweiser and Strongbow. edie reached out to all ten of these brands for comment on Planet Patrol’s findings. This article will be updated as and when spokespeople respond.

All in for recycling

Planet Patrol has been publishing litter reports since 2019 and has expressed concerns that the same brands keep cropping up again. It has, however, tracked a decrease in the proportion of litter which is plastic, and an increase in paper, cardboard and metal. The researchers attribute this to the growing consumer distaste for single-use plastics.

The organisation is using its research to implore the Government to implement an ‘all-in’ Deposit Return System (DRS) for drinks packaging. Such an approach would see customers paying a small deposit when buying packaged drinks, housed in any material and of any size. The deposit is then returned when the customer brings the packaging for recycling. This disincentivizes littering.

Under the Resources and Waste Strategy, the UK Government pledged to introduce a nationwide DRS. MPs have favoured the ‘all-in’ model to the ‘on-the-go’ model, the latter of which would not cover beverages sold in all sizes and packaged in all materials. Covid-19-related delays mean that the DRS is still only at the consultation scheme and is not likely to be implemented until late 2024.

Planet Patrol founder Lizzie Carr said: “If the UK government is sincere in its ambition to be a world leader in tackling pollution, then closed-loop solutions like the DRS and Extended Producer Responsibility reform must be implemented as a priority.

“We are part of a fundamentally flawed system that continues to allow brands to pollute without consequence or accountability, whilst our environment pays the price. Litter is the symptom of a deeper rooted, system problem – not the cause.”

Some of the brands named in the report told edie that they would welcome the introduction of an ‘all-in’ UK DRS sooner rather than later.

The director of sustainability and external affairs at Suntory Beverage and Food Europe, Lucozade’s parent company in the UK, Michelle Norman, said the firm is “wholeheartedly committed” to preparing for a UK DRS.

Norman said: “No one wants to see any form of litter polluting our natural environment. Suntory Beverage & Food GB&I has been making significant changes to its packaging to ensure that once it goes in a bin, it gets recycled to become packaging again and again.”

These changes include reducing the size of the sleeve on Lucozade bottles and investing in bioplastics and innovative recycling processes.

Similarly, a Tesco spokesperson told edie  that the supermarket wants to see “the earliest possible introduction of a viable national DRS”, as this will “play an important role in making it easy for customers to recycle.”

Red Bull’s statement in response to Planet Patrol’s report makes no mention of the brand’s stance on a DRS. Instead, a spokesperson at Red Bull emhasised its work with campaigns including Every Can Counts and the Great British Spring Clean from Keep Britain Tidy.

“In addition to these partnerships, we appreciate that there is a job to be done to ensure the wider general public, outside of our events, dispose of their litter in a responsible way. It is something we continue to encourage and promote through our recycling adverts, at events and through our support for recycling campaigns. We are hoping to further increase our efforts and visibility when it comes to promoting anti-littering and recycling, so we look forward to rolling out more initiatives in the coming weeks and months.”

This article will be updated with further comments from the brands named in Planet Patrol’s report as and when edie receives them.