Kraft Heinz is set to develop a paper-based variant of its ketchup bottles, made from 100% sustainably sourced wood pulp. 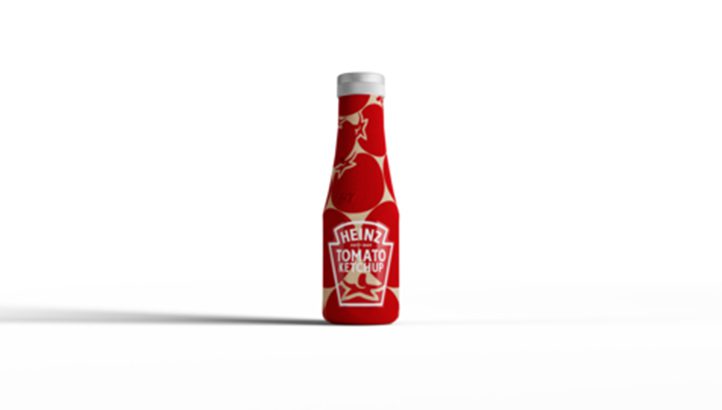 The prototype bottle development is being delivered with assistance from Pulpex and will be recycled and made from renewable materials. While the development is still underway and no major information on the bottle is available, Pulpex notes that it will have a lower carbon footprint than conventional bottles.

Kraft Heinz expects the bottles to be widely recyclable in paper waste streams.

“Packaging waste is an industry-wide challenge that we must all do our part to address,” Kraft Heinz’s chief executive Miguel Patricio said.

“That is why we are committed to taking steps to explore sustainable packaging solutions across our brands at Kraft Heinz, offering consumers more choices. This new Heinz bottle is one example of how we are applying creativity and innovation to explore new ways to provide consumers with the products they know and love while also thinking sustainably.”

The next step will involve prototype testing to assess performance before testing with consumers and bringing the bottle to market.

The company says it builds toward its goal of ensuring all packaging globally is recyclable, reusable or compostable by 2025 and will also build toward a net-zero emissions target set for 2050.

Last year, it partnered with Unilever to introduce new technology to create a paper-based detergent bottle. A prototype is being used for the OMO laundry brand (also known as Persil, Skip & Breeze) and will be introduced in Brazil in 2022.

Drinks manufacturers Diageo and PepsiCo joined Unilever in the formation of Pulpex, with venture management firm Pilot Lite. The Pulpex consortium was set up to produce a variety of plastic-free, single-mould bottles that will be used across the major FMCG companies.

Elsewhere, the Coca-Cola Company – one of the biggest plastic producers in the food and beverage space – has confirmed plans to trial 2,000 paper-based bottles, to test the material’s viability as an alternative to single-use plastics.

Coca-Cola has this week unveiled its latest drinks innovation. The company is trialing the use of a “New Compact Freestyle” beverage dispenser, which offers around 40 drinks options with reusable bottles, although these ones are not paper-based.

The first trials will take place at workplaces and on-the-go outlets in France and Belgium, with UK trials to begin shortly thereafter. Other European trials will also take place later this year.

Early lifecycle assessments show that the new machine has a lower carbon footprint per litre of drink compared to traditional packaging such as cans or plastic bottles.

The Coca-Cola Company has been working with other big-name companies, including Absolut, L’Oreal and Carlsberg, to develop the bottles. The designs are being shared through a collaborative company set up to facilitate this joint project, called The Paper Bottle Company (Paboco).

Fellow Paboco member Absolut confirmed plans for its first real-world trials of paper-based bottles. The alcoholic beverage giant has sold 2,000 of the bottles across its Swedish and UK markets since autumn 2020.