The Premier League season got underway this weekend with a winning start for Manchester United and dropped points for Arsenal and Chelsea.

While the action on the pitch looked the same as ever, fans could be forgiven for missing a growing trend creeping into the beautiful game: sustainability.

This year for the first time, fans across the entire football league are being encouraged to cut emissions by car-sharing their way to away games, while Premier League giants Chelsea, Manchester United and Newcastle have all embraced ambitious sustainability strategies.

But perhaps surprisingly, the greenest football club in the UK doesn't feature in the Premier League. In fact, it plays in a division four tiers below the top flight.

Forest Green Rovers have taken up the cause their name proclaims, aiming to become the most sustainable football club in Britain and “probably the world”.

The lofty goal might seems surprising until you find out the Forest Green Rovers chairman is Dale Vince, CEO of green energy company Ecotricity.

"We want to bring our message to the world of football - which is relatively untouched by eco stuff," Vince told edie.

He said: "Our work is on the issues of energy, transport and food; and within football you find that, like a stick of rock, written through the middle. So we decided to dive in and create the greenest football club perhaps in the world and use that as a way to reach a totally different audience.

“The pitch is organic, we recycle all the water that lands on the pitch and reuse it, we’ve got solar panels on the roof of the stand, electric pumps to charge electric cars and we have a fully vegan from the start of this season."

Forest Green Rovers have achieved the Eco-Management and Audit Scheme gold standard for environmental performance, a feat unique to the club.

The club says it is aiming to irrigate the pitch using only collected rain water and runoff to make it independent from the mains. It has also recieved national and international coverage of its sustainability work, including for its meat free, fully Vegan menu - another first for UK football clubs.

The Eco Park is set to feature the Forest Green Rovers stadium, training fields, pitches and a sustainable technology business park for up to 4,000 jobs.

In a recent New York Times interview, Vince said: "The further up the league and in football, the more impact we are going to have with out message: being the greenest football club in the world." 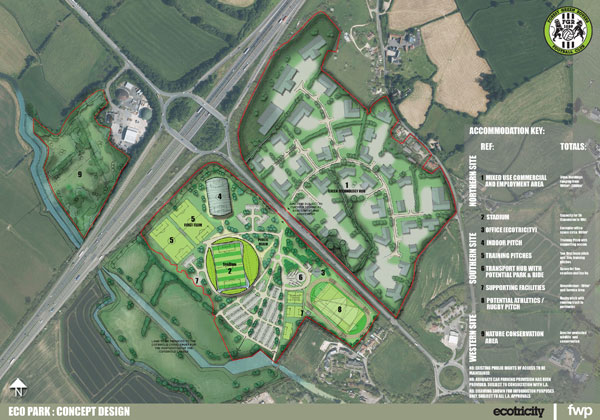 But what of the rest of British football? According to the Football Association (FA), England's football governing body, sustainability is a key issue. The FA itself has developed an energy management system at England's Wembly Stadium to manage water, energy and waste. Last year’s 2014 Brazil World Cup had a strong sustainability agenda, but who would win the Premier League of green?

Following this weekend's opening fixtures, Edie took a look at some of the highest scoring Premier League teams, battling it out to take on the mantel of green Premier League champion.

Although Chelsea only managed a draw against a stalwart Swansea side on Saturday, the Premier League champions do have a long-running sustainability agenda.

As well as working with local charities and communities, the Blues have strong Green credentials. The club became the first football team to join the Green 500 Campaign, with pledges to reduce carbon emissions by 10%.

Chelsea has also installed energy efficient lighting systems and recycle 100% of its waste, much of which is used for renewable energy generation. 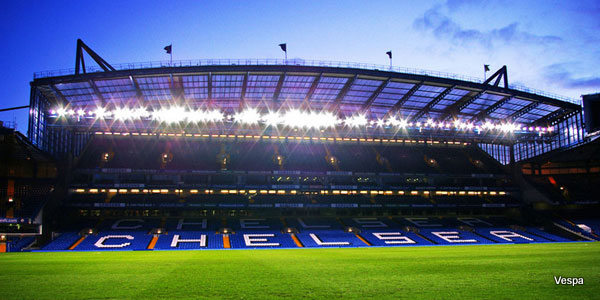 The Red Devils got their campaign off to a winning start this weekend with victory over Tottenham Hotspur. But Manchester United has also started making moves towards improving its sustainability credentials using recycled tyres.

Partnering with Apollo Tyres, Manchester United opened its ‘Go the Distance’ pitch in 2014 which was created using recycled rubber from 2,200 tyres. The facility will be used by youngsters from the local communities.

The new football pitch was opened by former United legend Andy Cole, who said: “To have something like this is unbelievable. When I was growing up as a kid concrete was out best thing to play football on. We totally enjoyed it, but if you’ve got something like this now it can only make you become a better player if you work as hard as you can.”

Arsenal’s move to the Emirates Stadium saw a raft of new sustainability measures implemented which makes the ground one of the greenest in the country. As well as watching its spending following the multi-million pound move, the club has introduced a number of green initiatives, such as the use of voltage optimisation equipment and LED lights which have reduced power use by up to 20%.

The stadium’s recycling policy sees waste minimisation across the club as well as the recycling of plastic and glass for fans on matchdays. The club says it recycles an average of 10 tonnes of cardboard and plastic and month as well as diverting 1.5 tonnes of glass per match from landfill.

During the process of building its new stadium, the club also invested £390m into a redevelopment programme for the surrounding area, which included a new £60m Waste Recycling Centre. 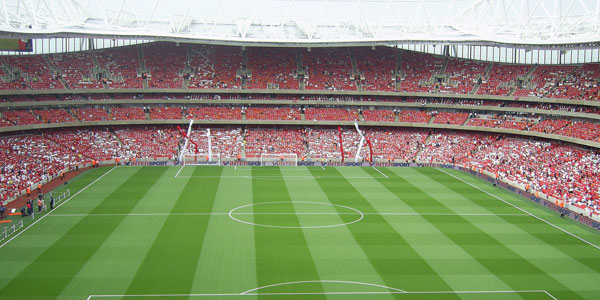 Aston Villa have started to make use of rainwater falling on stadium rooftops. The club started collecting rainwater on the rooftops of Villa Park’s Holte End, transporting the water to the club’s nearby allotment which grows fruit and vegetables for the club restaurant.

The stadium's sustainability doesn’t stop there, however. Villa Park is also a carbon-neutral stadium, with the club cutting carbon emissions by purchasing carbon credits from renewable energy projects. 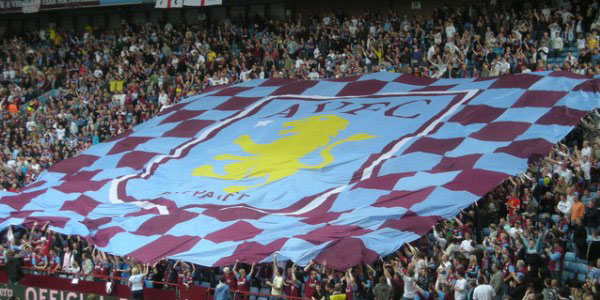 The club’s website also features a page stating its goal to reduce its carbon emissions by 10%, as well as asking fans to improve the club’s overall emissions footprint. Newcastle United asks fans to take part in car sharing schemes to cut down on vehicle emissions and also has a pledges page on its website, encouraging supporters to take up environmentally friendly behaviours. 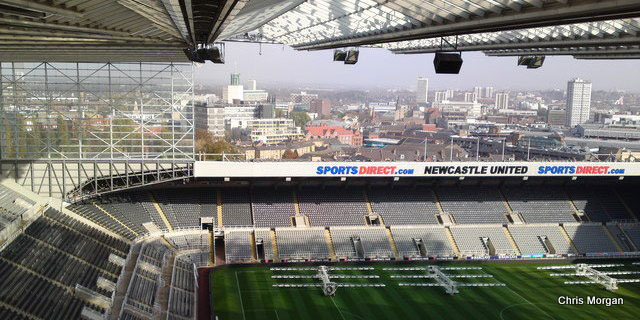 Which club do you think is the most sustainable? Have any of the Premier League teams got what it takes to knock green giants Forest Green Rovers of the top spot?

You can read more about sustainability in sport in edie's Greening the Game: The world's most sustainable sports stadiums.