As part of our Mission Possible campaign, edie brings you this weekly round-up of five of the best sustainable business success stories of the week. In this week's edition, funding approval for a German green hydrogen project, and much more. 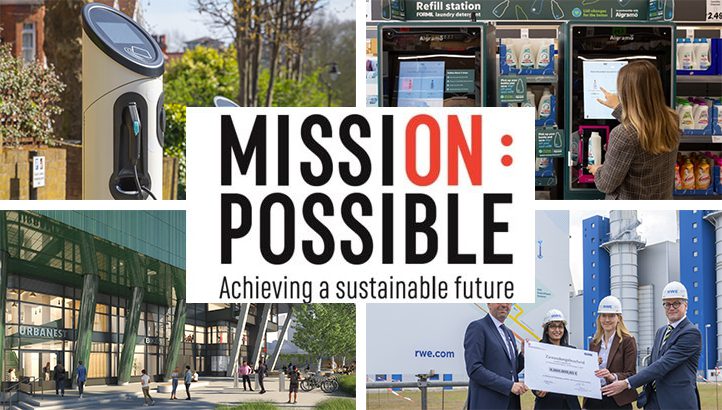 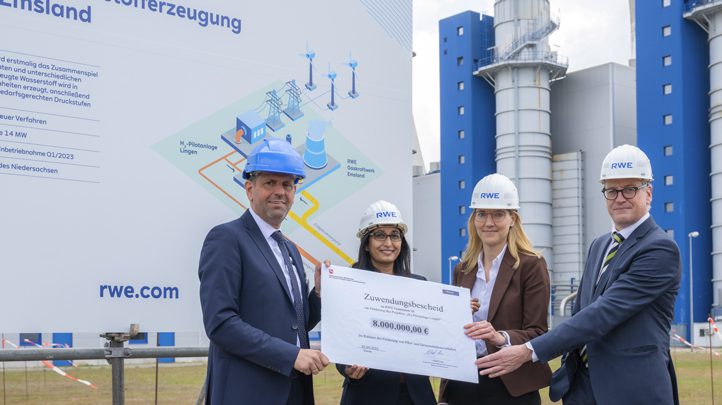 Just weeks after planning approval was granted for what will be the world’s largest green hydrogen production facility, in Utah, funding approval has been granted for a smaller facility in Germany.

Energy giant RWE has invested €30m, and secured an additional €8m from the State of Lower Saxony, to bring the electrolyser online for a trial operation period of at least three years. The site will be co-located with its Emsland gas-fired power station and have a total electrolyser capacity of 14MW.

Should the planning approval and construction phases of the project run to time, the electrolyser facility will begin generating green hydrogen in early 2023, at a rate of up to 290 kg per hour. Hydrogen produced at the facility will be used for blending for domestic heating, or be used to generate electricity.

RWE said in a statement that this trial will be a key milestone as it works to bring 100MW of electrolyser capacity online in Germany by 2024, rising to 300MW by 2026. 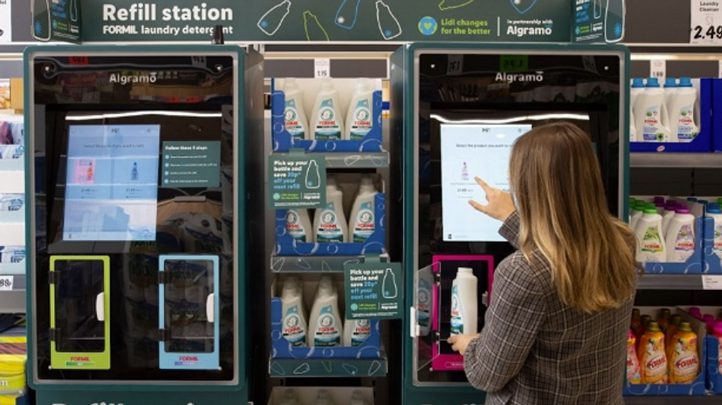 Lockdown restrictions in the UK presented challenges for refill in retail environments. With restrictions now fully lifted in England, several retailers are forging ahead with new plans to cut consumer-facing packaging.

Among them is Lidl, which has this week launched an innovative laundry detergent refill station at its supermarket in Kingswinford. The retailer has worked with start-up Algramo to make refillable bottles which are fitted with smart chips. The chip allows the refill machine to register and recognize the bottle. Once the bottle is filled, the machine prints a ticket with a barcode letting them pay at the till.

Lidl said in a statement that the innovation should make refilling “simple and fast” without “any awkward spills created by manual refill machines”. Customers will also be incentivized to use the refill station with a discount; refills cost 20p less.

The ‘smart’ refill station will be trialled for six months and will dispense four products from Lidl’s ‘Formil’ own-brand laundry line. 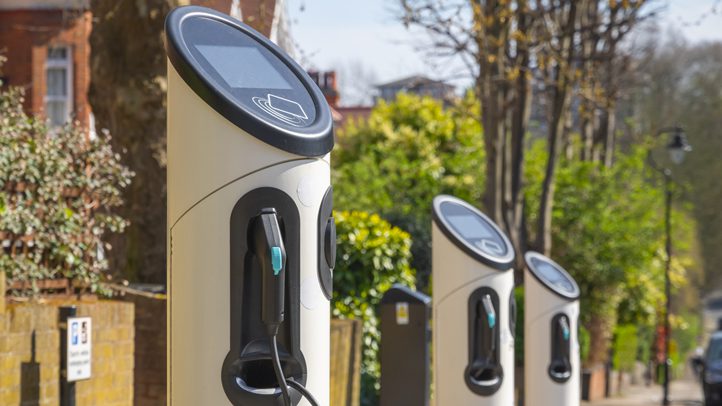 The two organisations launched the ‘Enable’ partnership after surveying 1,000 UK Power Networks customers with disabilities, finding that 71% would put off of switching to an EV because of a lack of accessible charging infrastructure on streets and in public places. Common challenges include EV chargers being located with small parking bays rather than disabled bays, or chargers being too high to reach for wheelchair users. Charging at home will not be an option for everyone; it is estimated that around half of the households in areas covered by UK Power Networks will need to use on-street chargers due to a lack of suitable driveway or garage at home.

So far, ‘Enable’ has engaged with 20 local authorities and the UK Government’s Office for Zero-Emission Vehicles (OZEV), as well as several of the UK’s biggest charging point installation businesses. Data will be collected on existing and planned EV infrastructure, and staff will assess how these plans can better include accessible infrastructure in the right locations.

“Disabled people are more reliant on cars for door-to-door journeys and have far fewer options for travel due to inaccessible transport, so it’s essential that accessibility is designed into EV infrastructure right from the start,” said Motability’s head of innovation Catherine Marris. “Motability is sponsoring the British Standards Institute (BSI) to produce the world’s first Standard on accessible charging, and many organisations will then need to work together to make accessibility a reality – from local councils and distribution network operators to manufacturers and installers.” 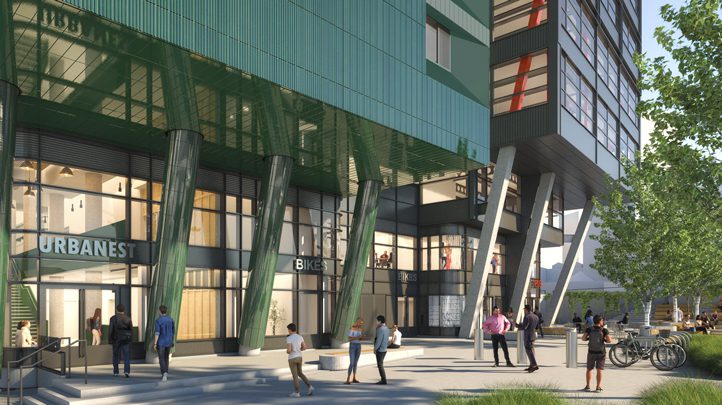 Urbanest is targeting BREEAM Outstanding and Passivhaus ‘classic’ certifications for the development, which will also feature office space, a business incubator, a café and a pub. It is aiming to have the accommodation ready for the academic year commencing September 2024. The building should consume 90% less energy for operations than a comparable building without Passivhaus principles built-in. 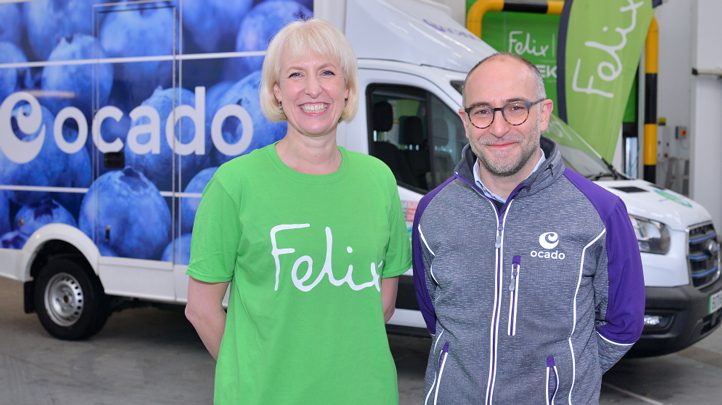 According to Kantar, the average UK family will see their annual grocery bill increasing by £180 in 2022, with energy and ingredient price increases being passed on to customers. The Food Standards Agency estimates that 15% of people in England, Wales and Northern Ireland were facing food insecurity in 2021, with many organisations concerned that this proportion will increase in 2022.

This week, Asda announced a new national drive to collect food for the Trussell Trust’s network at food banks, with customers at 390 large stores encouraged to donate goods and cash.

Elsewhere, Ocado announced a £500,000 donation to London-based charity The Felix Project, which redistributes surplus food to charities and schools. The donation will be used for the purchase of electric vans and the installation of EV charging points for these vehicles.

Ocado has already been donating surplus products through The Felix Project for several years and estimates that the partnership has donated 1.6 million meals. The new funding was announced as Ocado launched its second ‘Zoom’ site in Newham. ‘Zoom’ is a fast delivery service for groceries, with all deliveries carried out using an electric moped, car or bike.

The head of Zoom by Ocado, George Dean, said: “We’re committed to being the best neighbour possible, contributing to the community by way of supporting local suppliers and through charitable partnerships, in particular our continued work with The Felix Project in Poplar.”