Veganuary 2022: Recapping the plant-based campaign’s most successful year yet

Veganuary 2022 is coming to a close - and whether you measure success in terms of individual commitments or business participation, the campaign has had its best year yet. Here, edie recaps on a month's worth of announcements in the plant-based space. 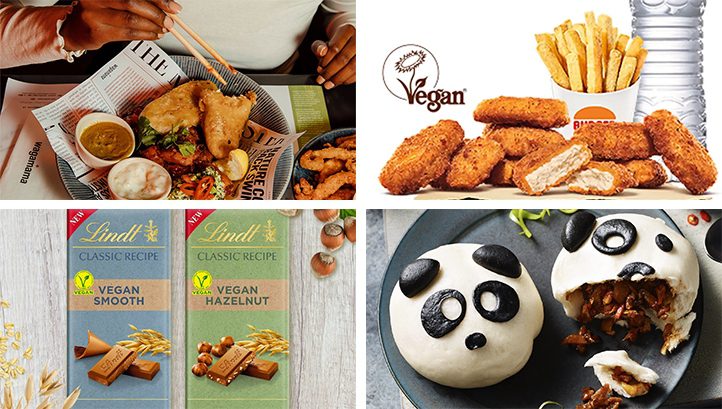 Unless you’ve kept your TV off for the entirety of January, and also avoided all supermarkets, restaurants and food-to-go outlets, chances are you’ll have seen coverage of Veganuary. The campaign was launched in 2014 by a team of environmentalists, in a bid to encourage people to change their diets in the long term after eating only vegan foods for 31 days.

Every year since then, Veganuary has recorded increased support in the form of businesses launching new products and menu options; workplaces providing plant-based meals to staff and individuals making the commitment from home.

Last year, 580,000 individuals made the Veganuary pledge. The campaign surpassed that number of pledges before 19 January for 2022 and, as the month comes to a close, is on track to pass 625,000 individual pledges. Veganuary has recorded 2022 pledges in every country on Earth except North Korea.

A recent poll from plant-based food brand Linda McCartney, which covered 1,500 families with school-age children in the UK, found that 84% are planning to cook less meat and more plant-based foods this year. For 25% of families, children are demanding that parents serve up less or no meat.

So, it’s clear that change is afoot at scale and pace in the UK’s kitchens. A spokesperson for Veganuary also confirmed to edie that there has been an unprecedented level of support from businesses. Restaurants in the UK have launched 246 new vegan menu options, the spokesperson confirmed, while other businesses have collectively launched more than 430 new vegan products including meals, snacks, drinks and health and beauty products.

Among the new products available in the UK this month are:

Aside from appealing to the changing demands of customers, businesses are likely to reap other benefits from expanding their work in the plant-based protein market. Recent research from impact investment firm Blue Horizon and finance giant MSCI revealed that, in general, companies with interests in the booming plant-based and alternative proteins markets were decarbonising more rapidly and reducing climate risks across their value chains more rapidly than others.

There are also likely to be benefits for companies as national governments support their net-zero targets with plans to deliver the food-related behaviour changes necessary to decarbonise land use. The EU’s 2022 promotional policy will encourage a shift to more plant-based diets, for example, and see red and processed meats receiving cancer risk warning labels.

For businesses that don’t manufacture or sell food or drinks, a popular way to get involved with Veganuary has been participation in the initiative’s workplace challenge.

Under the challenge, employers are supported to run educational campaigns, host related events and change workplace menus. More than 75 UK-based firms signed up in 2022, including long-term supporters such as PwC and new supporters such as Papa John’s and Volkswagen Commercial Vehicles UK.

Volkswagen Commercial Vehicle UK’s director Cian O’Brein said that, while it is important for carmakers to focus on electrification, “sustainability is broader and the opportunity to make a personal contribution through changing our habits has to be explored”.