The collaborative push for net-zero emissions in the built environment

For Net-Zero November, edie sits down with a mainstay sustainability leader, a disruptive new firm and the organisation coordinating an entire sector to see how the built environment can collaboratively transition to a net-zero economy. 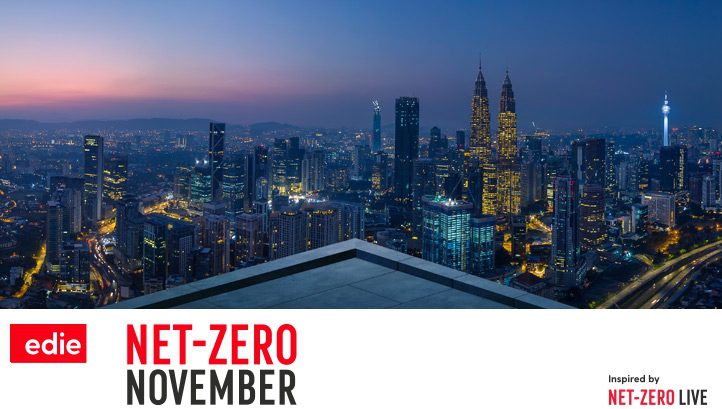 During the September climate strikes, hundreds of built environment professionals took to the streets to declare a climate and ecological emergency. Julie Hirigoyen, UKGBC’s chief executive, recently spoke to edie in a podcast interview highlighting that business leadership means taking stands to demand action. This comradery isn’t a one-off in the sector, and numerous collaborative groups and mechanisms exist to push the sector towards net-zero emissions.

In the built environment, corporates and organisations are realising the need to respond to the climate emergency. As well as accounting for nearly 40% of global emissions, the built environment is expected to double the global building stock by 2060 as the world’s population approaches 10 billion. These 10 billion people will be pressed by climate stress points, at resources become scarcer and weather patterns become more volatile.

The organisation’s director of advancing net-zero Victoria Burrows claims that the new era of business leadership in the built environment will be driven by collaborative efforts to explore new areas of action, such as embodied carbon and value chain decarbonisation.

“You can control how those materials are consumed, so identifying your role, the opportunities and how that can support your business rather than impede it in a carbon-neutral future.”

The new definition of business leadership in the built environment is being driven by the coalitions. The WorldGBC’s ‘Bringing embodied carbon upfront’ report, released last month, outlines the sector’s new vision for how buildings and infrastructure can reduce embodied carbon emissions by 40% by 2030, to assist with the ambition of reaching 100% net-zero emissions buildings by 2050.

At the same time, companies such as Multiplex Europe are looking towards their scope 3 emissions as part of a new approach to climate action has seen companies revisit and reset science-based targets to account for the 1.5C target.

Landsec, one of the historic leaders of the sustainability movement within the sector, is aware of this change.

The company has reduced carbon intensity in its portfolio by 39.8% since 2014 and looks set to surpass a 40% target well before the 2030 deadline is in place. While Landsec is now in pursuit of a longer-term ambition of reducing carbon intensity by 80% by 2050 – a target verified by the Science Based Targets initiative (SBTi) – the company realises the need to push for a net-zero sector.

“Our ambition is to become a net-zero carbon business, and we have developed a five-step plan to deliver net-zero carbon buildings that we’ll apply to our developments,” Landsec’s sustainable design and innovation manager Nils Rage told edie.

“Our true impact and opportunity to radically change lies within our wider supply chain,” Rage said. “We have a duty to take our partners with us in order to drive real, long-lasting change. Not only do we expect our partners to scrutinise their own supply chains – we expect them to set themselves targets to drive action. We do this by engaging with our key delivery partners to push them to set themselves carbon reduction targets, in line with the scale of action the world needs.”

A change in business model

The focus on embodied carbon will likely see more businesses view carbon management through the lens of indirect impacts. Indirect emissions, known as scope 3 emissions, represent 87% of Landsec’s Co2 footprint, for example. In the era of the climate emergency, the emphasis and responsibility are on the large and global corporates to look outside of their own operations to act and to spur progress in the supply chain.

Landsec’s planned Lavington Street development in Southbank, with Bennetts Associates named as architects, is an example of a new approach to supply chain management. It is intended to be a net-zero carbon building. This will be achieved by retaining part of the existing structure and using cross-laminated timber in order to significantly cut embodied carbon emissions.

New developers are also emerging with disruptive new projects and business methods that could cause the incumbents within the sector to react in a similar fashion to how electric vehicles (EVs) have reshaped the passenger car market.

Skanska was one of the companies that supported the World GBC report on embodied carbon, and the company has set its own carbon-neutral goals. It partnered with Microsoft on the Embodied Carbon in Construction calculator, which is set to become open source to the sector this month, and it is this precompetitive approach to climate action that can push the sector towards net-zero.

One of the newer organisations taking this holistic and pre-competitive approach is Workspace.

Founded in 1987, Workspace’s challenge is that the majority of its 62 flexible office assets across London are historic or older buildings. However, through the Better Buildings Partnership, they are targeting net-zero carbon by 2050 and have already made great strides in retrofitting assets.

The company’s head of sustainability Karen Jamison notes the need to focus on supply chain sustainability. However, Workspace is revitalising the role it can play as a non-traditional landlord to engage the occupiers of its buildings to act more sustainably, in relation to both carbon and waste

“We are closer with our customers than some other landlords, but net-zero is about simplicity and taking steps,” she said.

“Our centre managers know the key sustainability factors of each building, and over the last couple of years, we’ve been getting more queries from customers on emissions and energy and where our energy comes from. Engagement with them is becoming a really important issue.”

Workspace is engaging with customers to reduce their energy consumption as the landlord areas only use a small proportion of the whole building consumption. Contractors and suppliers are also educated in an attempt to target the embodied carbon of development. Already, Workspace has 13 sites built to BREEAM standards.

Workspace has moved to make its buildings more efficient. The installation of solar panels across eight properties generated 107,540 kilowatt hours per annum and the company is ensuring that all new electricity contracts are on a green tariff.

Jamison reveals the Workspace will unveil science-based targets next year, joining the ever-growing list of sustainability leaders in the built environment. Where Workspace wants to differentiate itself is looking across the life frame of a building, including those who interact with it.

Elsewhere, Ssassy Property established in 2017, has already had a zero-carbon housing development in Oxfordshire recognised by international sustainability charity Bioregional for demonstrating global leadership in One Planet Living standards.

More broadly, the RIBA Stirling Prize 2019 was awarded to a Goldsmith Street social housing scheme designed by Mikhail Riches, which has been built to Passivhaus standards.

In the journey to becoming sustainability leaders, organisations must remember the role they have in society in delivering future-proof buildings that account for biodiversity and health and wellbeing.

Through the UK GBC, 23 organisations have called for the upcoming Environment Bill to include policies on environmental restoration and regeneration that focuses on biodiversity, water and air quality.

Healthy buildings are also rising up the corporate agenda and more develops are building to WELL Building Standards, which explores how design, operations and behaviours in offices can contribute and advance human health and wellbeing.

The timeframes to achieve net-zero by 2050 and contribute to the UN Sustainable Development Goals (SDGs) shrink by the day. Business leadership in the built environment must be collaborative, radical and quick if the sector is future-proof itself against the worst climate impacts and the unforgiving demands of the global population.