Business giants cut ‘problematic’ plastic use by 57% through WWF scheme

WWF has revealed that the businesses participating in its initiative aimed at tackling corporate plastic pollution have reduced 'problematic' plastics use by 57% since 2018. Member firms include the Coca-Cola Company, Starbucks and McDonald's. 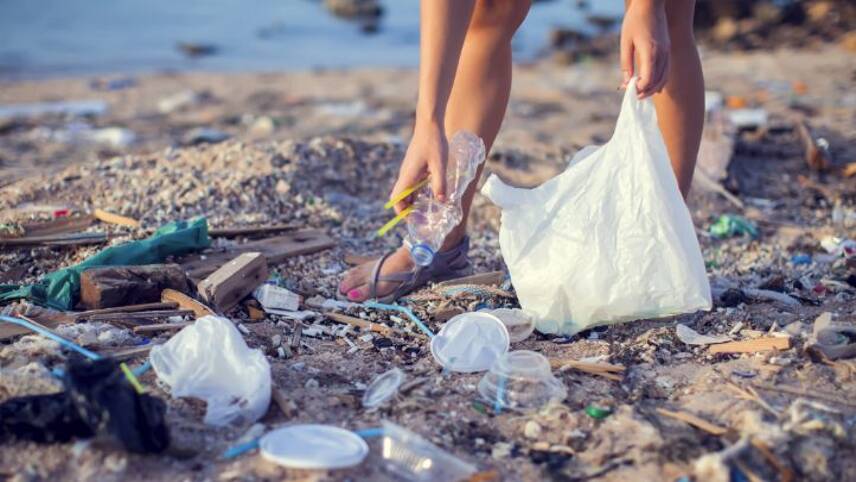 The NGO has today (8 December) published the 2021 edition of its annual report on the ReSource:Plastic scheme, which was launched in 2018 in a bid to help corporates set and achieve meaningful targets on reducing plastic use and improving recycling. Key focus areas include providing shared data, enabling collaborative work on scaling reuse models and recycling infrastructure.

According to the report, the companies collectively produced – by weight – 57% less “problematic” plastics in 2020 than in 2018. This term is applied to non-recyclable and hard-to-recycle items like expanded polystyrene and multi-material sachets. There was also a similar reduction in “unnecessary” plastics, such as straws and coffee stirrers.

These moves can improve recyclability and decrease littering. WWF estimates that 71,000 metric tonnes of plastic have been eliminated by ReSource:Plastic participants since 2018. Nonetheless, more than 462 million tonnes of plastic was produced by these companies during 2020 alone.

The report warns that the companies will need to accelerate action on reductions in the coming years. It also raises concerns over progress on sourcing recycled and bio-based plastics, and on shifting to refill and reuse models.

On recycled plastics, the report reveals that the eight companies sourced 9.6% of their plastics from recycled feedstocks in 2020, up from 7.8% in 2018. Almost all of this (96%) was used to manufacture bottles. Just 0.5% of the sourcing was accounted for by bioplastics, with most of this not classed as responsibly sourced.

WWF attributes this slow progress to a mismatch between supply and demand, with corporates finding it hard to source the levels of bio-based recycled content needed to meet goals. The report encourages greater investment in – and collaboration on – creating robust recycling infrastructure and scaling recycling and bio-based innovations.

On reuse, a percentage is not offered. All ReSource:Plastic members are encouraged to take pilot reuse schemes to scale in 2022 if they have already begun work, or to launch pilots where they have not. Member initiatives include P&G’s recent launch of refillable aluminium shampoo bottles and Starbucks’ work to implement a reusable cup ‘sharing’ platform in the UK, France and Germany.

The World Economic Forum will support the ReSource:Plastic workstreams on reuse through its ‘Consumers Beyond Waste’ initiative, which was set up to improve collaboration between designers,  materials scientists, packaging engineers and reuse system providers.

Last month, the Ellen MacArthur Foundation published a similar report, documenting the progress made under its New Plastics Economy Global Commitment. The Commitment was launched in 2018 and now has 63 corporate signatories including Danone, Unilever, Mars, PepsiCo, The Coca-Cola Company and L’Oreal.

It aims to create a “new normal” for plastic packaging by eliminating single-use packaging materials, increasing the amount of reused or recycled plastics in new products and innovating to ensure 100% of plastic packaging can be reused, recycled, or composted by 2025.

Additionally, the Ellen MacArthur Foundation’s report quantified reuse. It revealed that only 5% of the brands participating are currently using refill or return models in some capacity. This finding echoes that of a previous report from the Foundation, which found that just 2% of the products sold by the world’s biggest consumer goods firms during 2020 came in reusable packaging.

In related news, the UN’s Food and Agriculture Organisation (FAO) has this week published a damning new report on plastics use in the agri-food system.

The report dubs the ways in which plastics are currently used in farming systems “disastrous” for biodiversity, soil health, waterways and, ultimately, human health. While recognising the benefits of using plastic to protect food, it calls for a rethink of use where possible and, where not, improvements to the waste management system. At present, the FAO is warning, most plastics used in the food value chain are lost, buried or burned after use.

“In the absence of viable alternatives, demand for plastic in agriculture is only set to increase,” the FAO warned.

Agricultural value chains each year use 12.5 million tonnes of plastic products – most of which is used in crop production and livestock farming. A further 37.3 million tonnes are used in food packaging.