Property Developer Canary Wharf Group has partnered with the Eden Project to help model how biodiversity can be boosted in urban environments, using its East London estate as the first testbed. 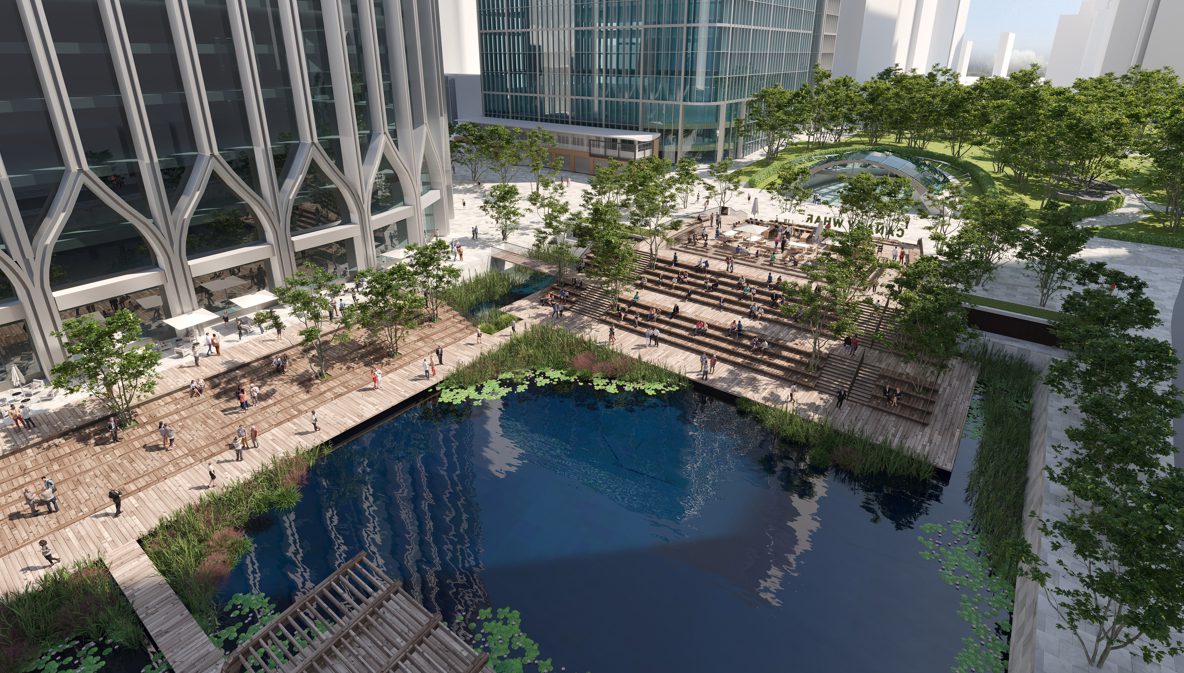 Under the partnership, Canary Warf Group will install a range of new features at its namesake estate, which it is describing as a “green spine”. Parks and gardens will be expanded, new terrestrial and marine plants will be added and waterside access improved.

Glenn Howells Architects has been enlisted to develop an overall masterplan for improving Canary Wharf’s existing public spaces and waterways with a focus on improving visitor wellbeing and biodiversity. The estate is already home to 20 acres of parks and 5km of waterside pathways.

Learnings from this project will be documented to help create a blueprint for other urban areas to use in creating spaces that “work for nature as well as people”, Canary Wharf Group said in a statement. Timelines for the creation of the blueprint have not yet been confirmed.

The partnership will also see the Eden Project using Canary Wharf as its London base, helping it to extend its engagement activities with the private sector and the general public.

Scientists have repeatedly warned that the world is currently on track for a sixth mass extinction, with business-as-usual activities driving megatrends like deforestation, urbanization and the global temperature increase that place stress on plant and animal species.

While the UN is progressing global treaties on biodiversity loss and limiting the global temperature increase, urbanisation is expected to continue, with the UN forecasting that two-thirds of the global population will live in cities by 2050. As such, urban biodiversity solutions will need to be scaled in the coming decades.

“Canary Wharf Group and the Eden Project are both based on the transformational redevelopment of a former industrial site into a world-renowned icon of regeneration; our exciting new partnership feels natural and vital,” said the Eden Project’s chief executive David Harland.

“Eden’s known track record in sustainability leadership aligned with the Canary Wharf Group’s consistently high sustainability ratings for their buildings offers a great platform upon which to build on.” There is not a moment to waste. CWG and Eden are primed and ready to work together not just to make Canary Wharf a greener place rich in biodiversity, but also to share what we learn in order to bring nature back to other urban developments in the UK and across the globe.”

To Harland’s point about Canary Wharf Group’s buildings, the developer has certified all projects via the BREEAM scheme since it launched in 1998 and how has more than 10 million square feet of certified floorspace.

The partnership builds on Canary Wharf Group’s existing Biodiversity Action Plan. Published in 2018, the Action Plan spans through to 2028 and outlines how no new developments will be approved unless they generate biodiversity net gain on-site.

As for the Eden Project, the news comes as the organisation forges ahead with plans to develop a second UK base in Morecambe, Lancaster. Called Eden Project North, the facility secured planning permission late last year. Securing funding is the next key hurdle for the project.