The H&M Group collected more than 29,000 tonnes of used clothing though its in-store network of take-back points last year, surpassing its 2020 goal to collect at least 25,000 tonnes a year ahead of schedule. 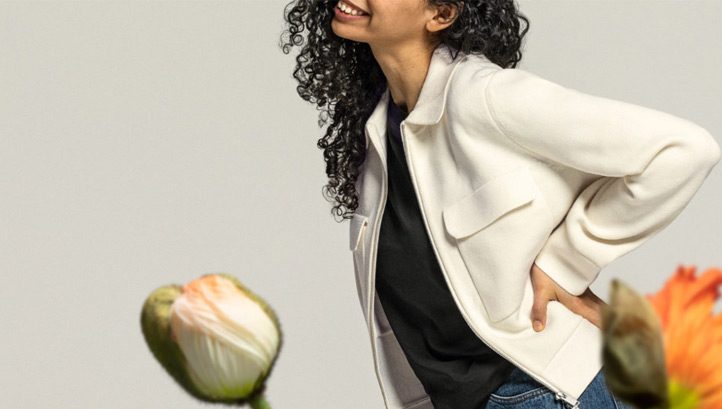 H&M Group has pledged to become a "fully circular" business by 2030. Image: H&M

This represents a 40% year-on-year increase in clothing taken back.

The milestone, revealed in the high-street fashion giant’s latest Sustainability Performance Report, comes four years after the firm first began collecting garments. The service was first introduced in selected H&M stores, before being rolled out across the brand and, more recently, across several of the Group’s other brands such as ARKET.

Once collected at in-store donation banks, around 50-60% of the clothing deposited is reused – either sold via resale platforms or given to charity partners for resale.

The majority of the remainder is downcycled into things like insulation or, where recycling solutions exist, recycled into new textile fibres. Mechanical and chemical recycling processes for textiles are currently available at scale for 100% cotton or polyester, but for textile blends, which account for the vast majority of fashion items sold globally each year, solutions have not yet been commercialised and scaled up. To that end, H&M’s charitable arm, H&M Foundation, is investing in a hydrothermal recycling process for textile blends.

As this solution, and others like it, are not yet operating at scale, between 3% and 7% of the clothing collected by H&M Group is destroyed. The firm claims it sends no textiles to landfill, instead incinerating them for energy recovery.

In order to collect garments for take-back, H&M runs extensive and continued in-store and online communications. It also offers consumers a money-off voucher for each bag they drop-off, something H&M UK & Ireland’s sustainability manager Giorgina Waltier said the firm is required to do by law at a recent Westminster Forum event.

The sustainability report is the first from H&M Group since Helena Helmersson, who spent five years as sustainability manager, was appointed as chief executive officer.

When this commitment was first set, the company defined “fully circular” as sourcing only materials from sustainable sources or recycled feedstocks and collecting at least 25,000 tonnes of used clothing annually by 2020.

But this definition came under intense scrutiny from green campaign groups and small fashion brands, who pointed out that much of the fashion industry’s waste problem lies not in what its products are made from, but in the sheer volume produced and how they are handled at the end-of-life stage. On the former, around 100 billion garments and 20 billion shoes are estimated to be manufactured every year, meaning most high-street retailers add new lines not every season, but every week or even every day. On the latter, the Ellen Macarthur Foundation estimates that a bin lorry full of fashion is landfilled or burned every second, due to a lack of end-of-pipe solutions and  saturated resale and rag markets in developing nations.

To that end, H&M Group joined the Ellen Macarthur Foundation’s ‘Make Fashion Circular’ initiative in 2018. The scheme covers all parts of the value chain, from design to end-of-life, and also encompasses the Foundation’s third and final circular economy principle – nature restoration.

Since joining ‘Make Fashion Circular’, whose other members include Burberry, Nike, Primark and Stella McCartney, H&M Group has begun experimenting with garment repair and customisation facilities across its stores in France, Germany and Norway, and with rental models in Sweden. Waltier has previously said that considerations around expanding these models are “firmly on the plate of the chief executive”.

While these steps are all promising and, indeed, have not yet been taken by the majority of high-street fashion brands, recent academic research concluded that the fashion industry will ultimately need to cut its consumption of virgin resources by 75% by 2030, if it is to align with the Paris Agreement’s 1.5C trajectory and prevent future resource scarcity challenges.